The debate about extending the lifetime of German nuclear power plants is in full swing. 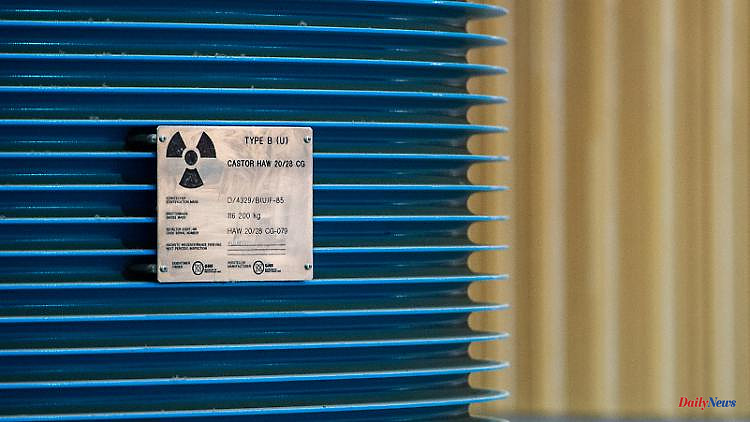 The debate about extending the lifetime of German nuclear power plants is in full swing. The traffic light coalition is divided on the matter. The Federal Ministry for the Environment has now announced that if the nuclear power plants remained connected to the grid, there would be major problems with the storage of radioactive material.

According to calculations by the Federal Ministry for the Environment, an extension of the lifetime of the nuclear power plants in Germany would result in at least 225 additional tons of heavy radioactive material. If the three power plants remained in operation for three more years, around 450 cubic meters of low- and medium-level radioactive waste would also be produced, explained the Ministry of Green politician Steffi Lemke at the request of the Bayern media group. This would create major storage problems.

In recent years, an estimated 50 new fuel elements per nuclear power plant have been required each year, according to the ministry. However, it does not rule out that the need for fuel elements could be even greater in the event of a lifetime extension.

So far, "only a part of the fuel elements has always been replaced and not the entire core", which, according to the ministry, would be 193 fuel elements. "As soon as the fuel elements now available are used up, the need for new procurement would be more like the initial core loading at the start of operation of the nuclear power plant than reloading in previous years of operation."

Accordingly, it could not be ruled out that two to three times the amount of fuel elements would be necessary. The additional volume of low-level and medium-level radioactive waste of calculated 450 cubic meters "can no longer be accommodated in the Konrad repository, which is already planned to be fully utilized, for reasons of approval". From 2027, around 300,000 cubic meters of low- and medium-level radioactive waste are to be stored at a depth of 850 meters in the Konrad repository in Salzgitter, Lower Saxony.

A lifetime extension for the three remaining nuclear power plants in Germany is being discussed because of the gas bottleneck. The FDP and Union are for it, the Greens are strictly against it. There is also resistance from the SPD. Brandenburg's Prime Minister Dietmar Woidke, on the other hand, unlike the SPD leadership, was recently open to extending the lifespan of nuclear power plants for a short time if necessary. "The last nuclear power plants will go offline on December 31, 2022. They currently account for around six percent of our electricity supply. If this date is extended by three or four months in order to be able to save gas, then this must be discussed seriously and free of ideology," said Woidke.

Against the background of the unclear disposal of nuclear waste, however, he sees no future for German nuclear energy in the medium and long term. Much of the fuel rods come from Russia, Woidke added. The head of government had previously told the "Märkische Allgemeine Zeitung": "The Federal Minister of Economics must check whether short-term continued operation for several months can help in the acute emergency. We shouldn't rule anything out from the outset today."

He received objection from the energy policy spokeswoman for the SPD parliamentary group, Nina Scheer. "It's settled in Germany. We have a legal phase-out of nuclear power, and we've been preparing for it for many years," she said on "ntv Frühstart". "We don't have any ideological or other barriers in mind, it's the most expensive form of energy production to use energy," Scheer continued. "And in this respect it would not be economically responsible to turn back this wheel, in addition to all the other negative consequences of the use of nuclear energy."

1 Bundeswehr strengthens commitment: too much of a good... 2 Forwarded documents to Wikileaks: Ex-CIA employees... 3 Foreign politician Roth in an interview: "Russia... 4 From SPD idol to pariah: Gerhard Schröder's... 5 Long-distance duel with Russian military: US Air Force... 6 Answer to open letter: Experts: Diplomacy with Putin... 7 After rape in the USA: 10-year-old travels to Indiana... 8 The night of the war at a glance: Battles for a small... 9 Ex-Federal President at Lanz: Gauck Chancellor Scholz... 10 Five stars get in the way: Italy's government... 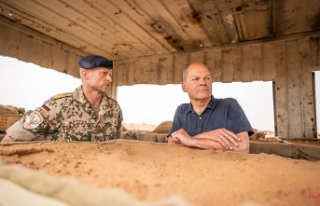 Bundeswehr strengthens commitment: too much of a good...