A week after left-wing politician Lula took office, hatred of the new government erupted in violent protests and a storming of Congress. 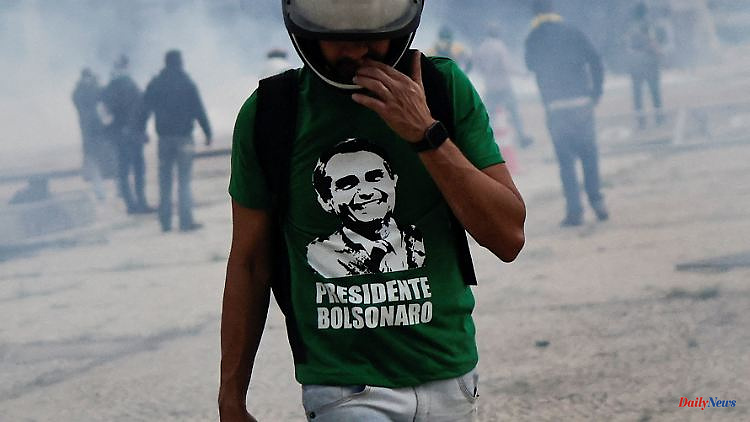 A week after left-wing politician Lula took office, hatred of the new government erupted in violent protests and a storming of Congress. Ex-President Bolsonaro is currently in the United States - and is losing support in his own party at home.

After the storming of the Brazilian Congress and other official buildings by supporters of ex-President Jair Bolsonaro, the judicial authorities began investigating the background under high pressure. By Sunday evening, the federal police reported at least 300 arrests. The Attorney General's Office called for comprehensive clarification of the masterminds and those responsible for the attacks.

Hundreds of supporters of the right-wing ex-president stormed the congress building, the Supreme Court and the presidential palace in the capital Brasília on Sunday, causing severe devastation. They do not recognize the election victory of Bolsonaro's left-wing rival Luiz Inácio Lula da Silva and have called for "military intervention" to oust Lula from power.

It took security forces hours to get the situation under control. Lula was not in the capital at the time of the attack, but quickly returned and assessed the situation personally. The recently incumbent head of state announced on Twitter that he would resume work in the presidential palace this Monday. "Democracy forever," he added.

The attacks are reminiscent of the storming of the US Congress two years ago. They were harshly condemned internationally. Bolsonaro's allies and the ex-president himself also distanced themselves in initial reactions.

Bolsonaro's Liberal Party leader Valdemar Costa Neto spoke of a "sad day for the Brazilian nation". The governor of the federal district of Brasilia and also an ally of the right-wing ex-president, Ibaneis Rocha, apologized to his successor in a video. He described the attackers as "vandals" and "terrorists".

Rocha fired the capital's security chief, Anderson Torres, who was previously Bolsonaro's justice minister. Shortly thereafter, he himself was suspended from office for 90 days by Chief Justice Alexandre de Moraes. The attorney general's office had previously asked the Supreme Court to issue arrest warrants for Torres and all other officials responsible for "acts and omissions" that led to the riots.

Bolsonaro himself is still in the USA. After the Congress storm, US Democrats are demanding that the ex-president should leave the country. "Right now Bolsonaro is in Florida... he should be extradited to Brazil," Democrat Joaquin Castro, a member of the US House Foreign Affairs Committee, told CNN. "The United States should not be a haven for this authoritarian man who inspired terrorism in Brazil."

Group colleague Alexandria Ocasio-Cortez also said the US must stop granting Bolsonaro sanctuary. "Nearly to the day two years after the US Capitol was attacked by fascists, we see fascist movements outside the same attempt in Brazil," Ocasio-Cortez wrote on Twitter.

1 Juri Knorr and the DHB team: If someone can do the... 2 Diplomat complains about testing requirements: 89... 3 His mother's rival: Harry calls Camilla "villain" 4 "Do you want to buy an eight?": When Sesame... 5 New revelations become known: does Prince Harry want... 6 Mimte psychologist Dr. Silberman: 'Terminator'... 7 Baden-Württemberg: Man shot dead in Freiburg: suspect... 8 Saxony: judge to AfD man: credibility and trust lost 9 North Rhine-Westphalia: hooded people at the refugee... 10 Bavaria: 48-year-old dies in a fire in the Ansbach... 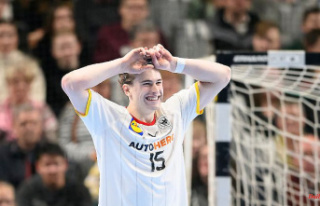 Juri Knorr and the DHB team: If someone can do the...