25 years after the return of Hong Kong to the People's Republic of China on July 1, 1997, the future of the city is colored Beijing red instead of international. 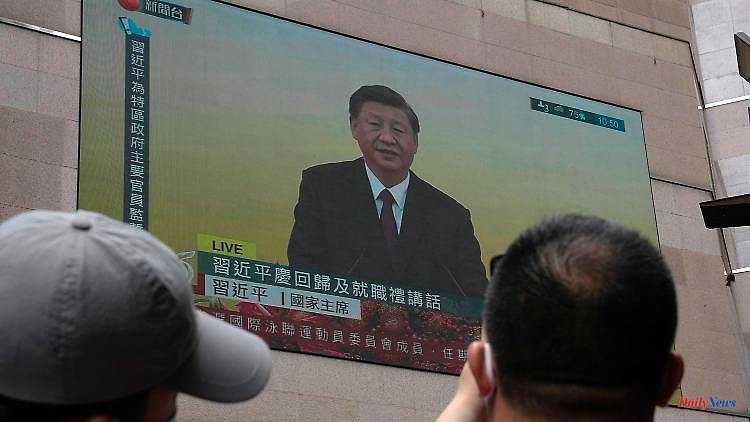 25 years after the return of Hong Kong to the People's Republic of China on July 1, 1997, the future of the city is colored Beijing red instead of international. The new head of government, John Lee, is backing a cabinet that leaves no doubt: the metropolis will finally relinquish the promised "high degree of autonomy".

A quarter of a century lies between vision and reality. On the 25th anniversary of Hong Kong's return from Great Britain to the People's Republic of China this Friday, the metropolis' democratic forces are faced with the shattered heap of their political goals. Instead of free elections for their head of government and parliament, as once hoped, the approximately 7.5 million inhabitants will be given a leadership team loyal to Beijing on the anniversary day.

An example of this is the presence of China's President Xi Jinping, who traveled by train to the 25th anniversary celebrations on Thursday as part of a two-day visit. Xi apparently wants to pin the successful crackdown on the democratic opposition in Hong Kong on his lapel as a personal triumph. "After the wind and rain, Hong Kong has risen from the ashes," Xi commented shortly after his arrival.

The Hong Kong police, backed by Beijing, brutally beat down the mass protests in 2019 against an extradition law. It was the last flare-up in a struggle by democratically educated citizens against the authoritarian takeover by the Chinese central government. A political purge of the city followed, backed by law with the introduction of a 2020 security law. The law allows the authorities to criminalize any dissent by opposition forces.

Hong Kong represents an important trophy for Xi to secure additional backing in the Communist Party. In the fall, the President wants to complete his plan for the continuation of his term as Chinese head of state. The fact that he managed to subdue a Hong Kong society that had been rebellious for years is a valuable argument for lifting his term limit.

The July 1 anniversary coincides with the inauguration of former police chief John Lee as the new prime minister. The personnel symbolizes the climax of the horror scenarios of all those who 25 years ago still firmly believed in the Chinese promise of "one country, two systems". Because the belief that the authoritarian People's Republic could maintain a liberal political system and maintain the promised "high degree of autonomy" proved to be an illusion.

Britain's last colonial governor, Chris Patten, admitted last week that he too was wrong. Patten told the AP news agency, "I believed in the possibility that China would keep its word. I'm sorry it didn't." The restitution treaty after 155 years of British rule, from the Opium Wars to 1997, had promised the city a "high degree of autonomy" over a period of 50 years.

The People's Republic didn't even appear to want to stick to the agreement half the time. Beijing has gradually eroded its autonomy in recent years, always accompanied by protests and demonstrations, until in the end there was nothing left that deserved the label "democratic".

John Lee is the Beijing headquarters' preferred candidate. With the help of a controversial electoral law reform, he managed to marginalize the will of the people at the polls and nip the remaining resistance in the bud with the security law. The Chinese government wants security forces to rule Hong Kong and needs someone to keep these security forces under control, ex-parliamentarian Ted Hui said in an interview with ntv.de. Lee is an emotionless machine. "He is exactly what Beijing needs," said Hui.

The new supreme governor of Beijing's interests defines Hong Kong's development as a success story that now needs to be "properly presented" to the world. The 64-year-old laments scaremongering and political maneuvering from abroad aimed at badmouthing what Hong Kong has achieved. Lee promises progress and stability. However, the composition of the future cabinet shows the nature of this progress.

One example is Education Minister Choi Yuk Lin. As early as 2012, Choi wanted to make her mark on education when she wanted to "reform" the curriculum in Hong Kong schools. In its submission, the Chinese Communist Party was labeled as a "united ruling group" acting selflessly. In her view, school textbooks should depict multi-party systems as the root of chaos and unrest, and the Tiananmen Square massacre should be banished from memory as a decisive event in recent Chinese history.

"We can expect Choi to advance an agenda of 'national education' that teaches Hong Kong youth what it means to 'develop moral qualities' and promote 'national identity'," commented Lokman Tsui of the Citizenlab University of Toronto, who researches, among other things, human rights developments in Hong Kong.

The appointment of Sun Dong as the new Minister for Innovation, Technology and Industry is also a pointer. Sun had joined Chinese state media in criticizing the University Grants Commission (UGC). The independent body, made up of experts from all over the world, influences the funding of research projects at Hong Kong universities and institutions. The foreign influence on the UGC is "a holdover from the British," Sun said. The prospects for Hong Kong as a research location are gloomy.

And so the city also looks to an uncertain future in terms of its status as a commercial and financial center of the world. A survey in March showed that many Western companies want to withdraw their staff or at least parts of them from Hong Kong. Because it is becoming increasingly difficult not only to find suitable personnel who would like to live in Hong Kong. Local talent is also becoming increasingly scarce as tens of thousands of Hong Kong natives left the city in the wake of the political purge. Most of them don't see the prospect of going back to their home country soon. At least they are spared the triumphant staging on July 1 by the KP in exile. 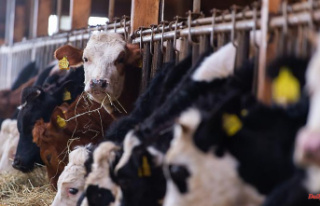