500 million euros a year: why all taxpayers finance the church

Despite tight budgets, Germany transfers half a billion euros to the churches every year. 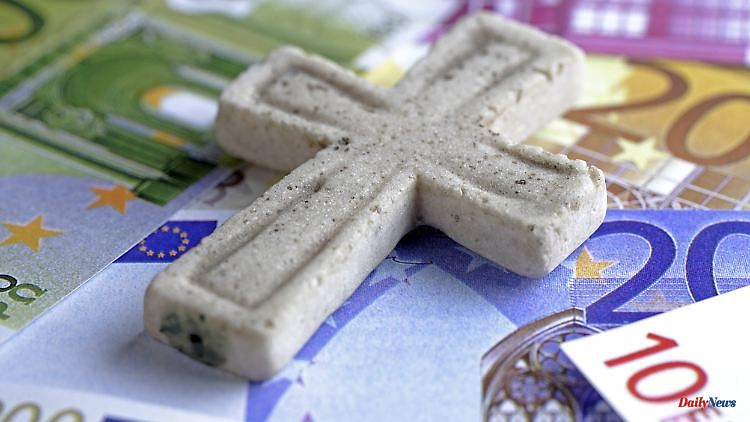 Despite tight budgets, Germany transfers half a billion euros to the churches every year. The reason for this is an unresolved dispute over compensation payments despite a constitutional mandate that is more than 100 years old. Why hasn't the problem been solved long ago? And why are the churches even entitled to a redemption? Questions to SPD MP Lars Castellucci.

n-tv.de: All taxpayers - including those without a religious denomination - pay more than 500 million euros to the church every year. is that fair

Lars Castellucci: That's fair because it's about expropriation. And compensation payments have been agreed for this, which should enable the church to continue to generate money that they previously generated from the expropriated goods. I can't refuse my landlord the rent after 10 or 20 years because I think I've paid enough. There is now a constitutional mandate to end these services. The solution is not to stop making payments, it needs a transfer fee to stop.

It's about expropriations from 1803, and the constitutional mandate has existed since the Weimar Constitution of 1919. But no government has brought itself to implement it. What went wrong?

It's a decent amount. We are talking about a transfer fee of around 10 billion euros that the federal states would have to pay. That cannot be afforded from an ongoing state budget. At the same time, there have been voices in the past that have said the detachment could be an attack on the church. Today we are a bit more sober and see the replacement as the enforcement of our religious constitutional law, which dates back to the Weimar Republic. So we want to make the separation of state and church clear in the area of ​​financing. And yet we can remain cooperatively connected with the churches because they carry out and should continue to carry out many tasks in the country.

In 2021, you and the SPD rejected a draft law by the Greens, FDP and the Left Party and did not submit their own draft either. And this despite the fact that experts and church representatives have rated the transfer fee of around 10 billion euros as appropriate.

The draft had major deficits: it was created solely in the Bundestag. There was a lack of proper involvement of churches and especially countries. We as the SPD even worked in the background and I had a draft in my pocket - it's not rocket science to write it. But it's also about working through dialogue. That the problem from Berlin is not thrown at the feet of the countries that ultimately have to pay for themselves. Apart from these shortcomings, we, as Groko at the time, had a coalition agreement. Then trust in a coalition is quickly gone.

So the constitutionally provided replacement could not be done with the Union?

Yes, it was clear that you couldn't do that with the Union. That's why people sometimes work on good solutions that can only be implemented when there is a different governing majority. It's exhausting to work the day after in addition to government work, but we've succeeded in many areas. And now we were able to record the replacement in the coalition agreement with the Greens and the FDP in an uncomplicated manner, and it's already our turn.

The first negotiations between the federal government, the states and the church are currently underway. You said the costs are ultimately paid by the federal states, although these vary greatly from country to country - and the willingness to pay the replacement varies accordingly. Which countries are still stuck?

There are federal states that are economically weaker. But the question of how much transfer fee there is per country also has to do with the question of church property that used to be there and was then expropriated. Especially in southern Germany, in Bavaria and Baden-Württemberg, which are among the economically stronger countries, large sums of money are collected. And we also anticipate resistance.

Given the fact that the number of church members is rapidly declining, a transfer fee of 10 billion euros would be a lot of money.

If the churches lose strength, that's not good news for the country. A great deal of commitment unfolds within the churches, without which our country would look colder. Basically, it is now simply a matter of a cleanup so that the Bavarian state budget no longer has to pay for the bishop. But this is not directed against the churches.

In addition to state services, the church tax is also under criticism, even if the state allows the collection to be reimbursed. Why do you reject a stricter, secular separation of church and state?

Look at our Basic Law, it says: "There is no state church". So we have the separation of church and state. Laicism, on the other hand, is the banishment of religion into the private sphere. That would also mean that there would be no more religious instruction, but that every religious community would do it in backyards. If religion takes place publicly, transparently and in an orderly framework, I think that's better. I can't do anything with people who make their non-religiousness a substitute religion and then call for a fight against the churches.

When does the church have to stand on its own two feet?

The church stands on its own two feet. Church tax funds, i.e. a kind of membership fee, are the real focus of financing. But due to declining membership numbers, income is also declining here. And if you then take out a permanent source of income elsewhere in the state benefits, then at some point the entire financing of the institution is in question.

However, the basic funding for church hospitals is not paid for at all and only a fraction of that for kindergartens from church funds.

You can always criticize a lot. But if you put a private provider on every church-owned hospital, the healthcare and working conditions for workers in our country would be no better. I think the church should be just as involved in welfare state tasks as other associations.

Will the current economic situation mean that the coalition will put the project on hold?

Waiting for the right time would not be a good idea. It doesn't exist. And when the "right" time came to spend money, there would always be many other ideas about what to do with that money instead. We should not make the enforcement of our Constitution dependent on such considerations. 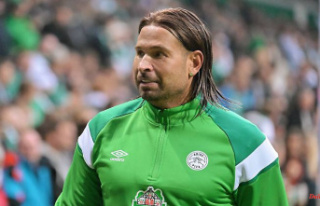