Attacks hit Ukraine shortly after the end of the ceasefire declared by Moscow. 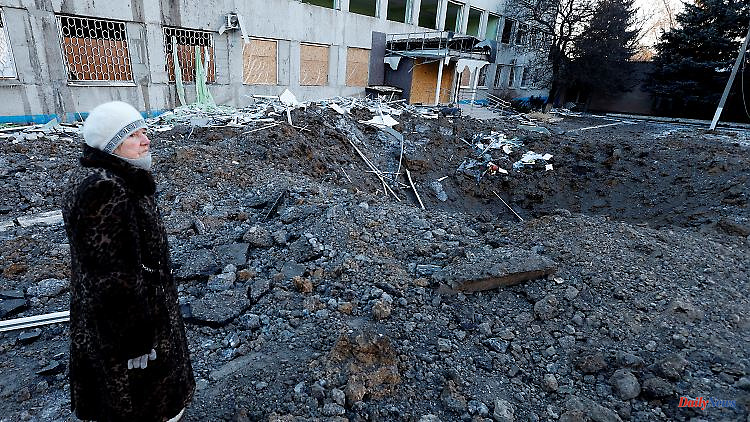 Attacks hit Ukraine shortly after the end of the ceasefire declared by Moscow. According to the Russian Defense Ministry, several hundred Ukrainian soldiers were killed in an air raid on two barracks. However, there is no evidence of this.

The ceasefire announced by Russia to mark Orthodox Christmas has proved largely ineffective. In the contested Ukrainian regions, there was no significant calming of the fighting. The Russian Defense Ministry has now said that "more than 600 Ukrainian soldiers were killed" in attacks on two barracks in Kramatorsk in eastern Ukraine. It was "retaliation" for the death of 89 Russian soldiers on New Year's Eve.

After the Ukrainian rocket attack on a makeshift barracks in the eastern Ukrainian city of Makiivka, Moscow had admitted the death of 89 soldiers. In Russia, the case caused criticism of its own leadership. "After midnight the enemy launched seven rocket attacks on Kramatorsk and two on Kostyantynivka," Donetsk Governor Pavlo Kirilenko said. AFP journalists in Kramatorsk heard at least four explosions before midnight. However, an employee of the news agency Reuters said that there are currently no signs of high Ukrainian losses. There was damage but there were no destroyed buildings or signs of death, the Reuters reporter said.

According to Ukrainian sources, Russia also shelled several cities in the country during the night. Among other things, a district of Cherson was affected. "They used incendiary ammunition for the attack," said the region's military governor, Yaroslav Yanushevich, on his Telegram channel. The Geneva Convention prohibits the use of incendiary ammunition against civilian objects.

At midnight (local time), a unilateral ceasefire imposed by Kremlin chief Vladimir Putin expired, but Russia itself failed to comply. According to Yanushevich, the attack in Kherson ended with no dead or injured. Two deaths were reported from other regions, said the deputy chief of the Ukrainian presidential office, Kyrylo Tymoshenko. One person died in the eastern Donetsk region, another in the northeastern Kharkiv region. A total of nine people were injured in the two regions and in the southern region of Cherson.

Ukraine's defense ministry said in a separate statement that despite the so-called ceasefire on Saturday, Russia had "flown nine rocket and three airstrikes and fired 40 multiple rocket launcher attacks." Above all, the civilian infrastructure was hit.

The Ukrainian energy supplier DTEK also reported today that a thermal power plant had been shelled on the orthodox Christmas night from January 6th to 7th. But the damage was quickly repaired.

In the east of the country, the situation remains "difficult" and Russian troops are advancing "in some regions," said Deputy Defense Minister Ganna Maliar. "Very difficult" is the situation in the town of Soledar near Bakhmut, where AFP journalists had already recorded heavy artillery fire after the unilateral Russian ceasefire came into force on Friday. The eastern Ukrainian city of Chasiv Yar was exposed to heavy artillery fire throughout Saturday morning. The few remaining residents therefore preferred to celebrate Christmas mass in a protective cellar instead of in the church.

Kyiv accused Russia of violating the ceasefire. The world has witnessed how "false" the statements made by the Russian leadership are, said Ukrainian President Volodymyr Zelenskyy in a video message on Saturday evening. "They talked about an alleged ceasefire (...), but in reality Russian shells continued to hit Bakhmut and other Ukrainian positions." Moscow, on the other hand, said Russian forces were forced to respond to sustained Ukrainian artillery shelling and attacks on their positions.

Both the Orthodox Christians in Ukraine and Russia celebrate Christmas on January 7th. Russian President Vladimir Putin had ordered a 36-hour unilateral ceasefire for the Christmas holiday, starting Friday. From the outset, Kyiv had doubted that Russia was serious about the ceasefire.

1 "Blue" is also becoming more expensive:... 2 Playoffs without a star quarterback: Lions tear Rodgers... 3 The weather week in a quick check: "Constantin"... 4 Fixed verdict in Heilbronn: New Year's Eve attacker... 5 Death of the ex, short marriage...: How to stop the... 6 New support calculator: how much housing benefit can... 7 Baden-Württemberg: Gentges: Express proceedings against... 8 Bavaria: Birds in Bavaria's gardens are rare 9 Thuringia: Seven injured after a dispute in refugee... 10 Thuringia: Cloudy start to the week in Thuringia 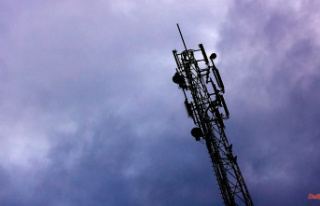