Germany and France are again trying to press Kremlin boss Putin for negotiations and a ceasefire. 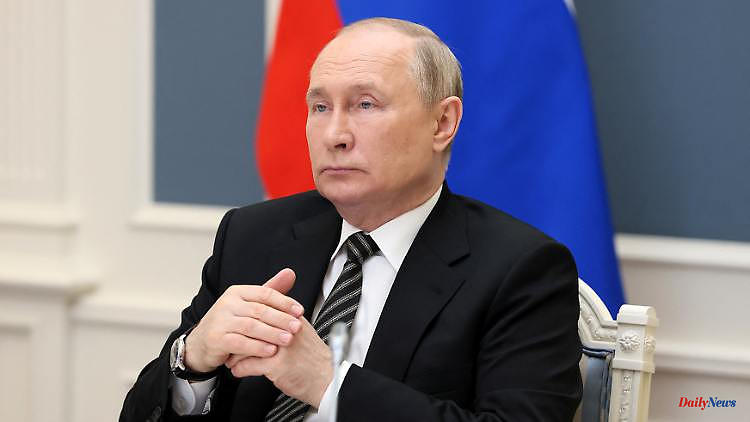 Germany and France are again trying to press Kremlin boss Putin for negotiations and a ceasefire. This lets Chancellor Scholz know that further arms deliveries to Ukraine are dangerous. Moscow wants to exchange the blocked Ukrainian grain for the lifting of sanctions.

Russian President Vladimir Putin and France have warned against further arms deliveries to Ukraine. In a telephone conversation with Chancellor Olaf Scholz and President Emmanuel Macron, the Kremlin boss said, according to Russian sources, that further arms deliveries were "dangerous". As a result, there is a risk that "the situation in Ukraine will continue to destabilize and the humanitarian crisis will worsen." Once again, the demanded the lifting of sanctions in exchange for grain exports.

According to the Federal Chancellery, they spoke to each other for 80 minutes. It was about the "ongoing Russian war against Ukraine" and efforts to end this war. Scholz and Macron have also once again pushed for an immediate ceasefire and a withdrawal of Russian troops. They also called on Putin to engage in serious direct negotiations with Ukrainian President Volodymyr Zelenskyy and find a diplomatic solution to the conflict.

The Russian agency Tass quotes the Kremlin's statement that a "detailed exchange of views on current aspects of the situation in Ukraine" took place. Putin informed about the current situation and pointed out that Moscow's troops adhered to international law. He also spoke about how Russia is trying to "live peacefully in Mariupol and other liberated cities of Donbass". It goes on to say that Putin signaled a willingness to negotiate and blamed Kyiv for effectively freezing talks.

On the subject of grain, Putin promised that if Western sanctions against his country were relaxed, grain could be exported from Ukraine. According to the Kremlin, Russia is "ready" to find opportunities "for grain exports without obstacles." Scholz, Macron and Putin also agreed to stay in touch. Scholz last spoke to Putin on the phone a good two weeks ago.

1 Trip to NATO meeting: Poroshenko prevented from visiting... 2 Turbulent stock exchanges: the share faces competition 3 The "crime scene" in a quick check: horror... 4 "I failed so much": Fynn Kliemann admits... 5 Bavaria: Little sun and thunderstorms at the weekend... 6 Mecklenburg-Western Pomerania: Two injured in boat... 7 Union is "optimistic": hope for an agreement... 8 North Rhine-Westphalia: drivers avoid deer and roll... 9 Outbreak in his delegation: Scholz ignores RKI recommendation... 10 Hesse: Man drives without a license and hides from... 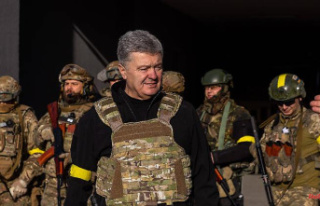