"86 percent against the war": Tichanovskaya sees Belarusians on the side of Ukraine

In the war in Ukraine, Belarus is clearly on Russia's side - at least when ruler Lukashenko has his way. 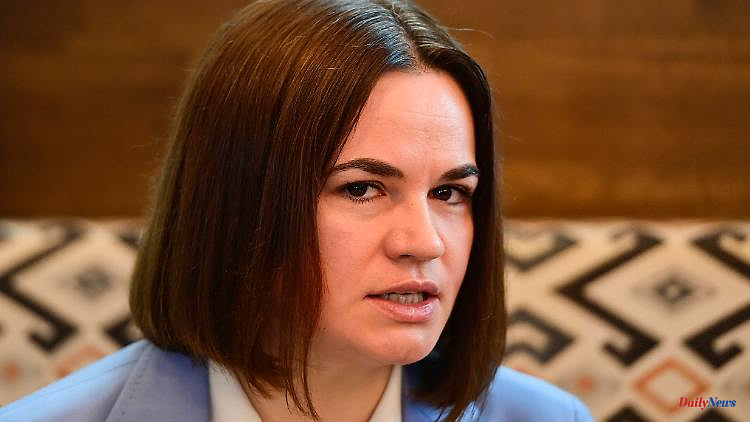 In the war in Ukraine, Belarus is clearly on Russia's side - at least when ruler Lukashenko has his way. But the vast majority in the country is not on a war course, says opposition leader Tichanovskaya.

Belarusian opposition leader Svetlana Tikhanovskaya anticipates strong opposition to her country's possible full participation in Russia's war against Ukraine. "Our partisan movement will sabotage it. Orders will be refused. Or the Belarusian soldiers will surrender there immediately," said the politician. Two years after the rigged presidential election in Belarus, she said that Russia, with its support for ruler Alexander Lukashenko, was probably already eyeing the ex-Soviet republic as a "bridgehead" for an attack.

"Lukashenko is a collaborator. He dragged Belarus into this war and now he's doing whatever is asked of him to keep Russia in power," Tikhanovskaya said ahead of the second anniversary of the disputed presidential election. Today it is clear that the Kremlin probably already had war plans back then and therefore left Lukashenko in power. In her exile in Vilnius, the politician criticized that he was leaving Belarusian territory so that Russian forces could attack Ukraine from there.

"But there were also acts of sabotage against the important supply routes at the beginning of the war. Rail partisans slowed down military transport; and information was given to the Ukrainian armed forces about the bases from which Russian missiles were being fired." A battalion of Belarusian fighters was also formed in Ukraine against the Russian invasion.

Despite the high pressure of expectations from the Kremlin, Lukashenko has still not managed to get the country on course for war, said Tichanovskaya. "86 percent of the people in Belarus are against the war. We don't have any anti-Ukrainian sentiment." At the same time, she complained about "massive repression". "Anyone who speaks out openly against the war is treated like an opponent of the regime." The situation of political prisoners, including her husband Sergei Tichanowski, in the country is devastating, said the mother of two.

1 BDI: When it comes to permits, there is a problem:... 2 "Don't be afraid of death": "The... 3 Big hurdles?: How apartment owners get to the solar... 4 Loading speed in the test: a South Korean loads the... 5 North Rhine-Westphalia: Two seriously injured in a... 6 North Rhine-Westphalia: NRW canning industry increases... 7 Baden-Württemberg: "Geiler, beautiful pain":... 8 Baden-Württemberg: Rhine Valley project: Five years... 9 Thuringia: Werner considers an increase in child benefit... 10 Thuringia: Semiconductor industry established in Erfurt:... 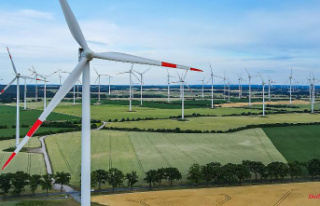 BDI: When it comes to permits, there is a problem:...