Corona in the room in Gütersloh: The characters are on Lockdown

According to the Corona mass outbreak in the main plant of the meat company, Tönnies was on Monday, in the district of Gütersloh is now a Lockdown. On Monday, t According to the Corona mass outbreak in the main plant of the meat company, Tönnies was on Monday, in the district of Gütersloh is now a Lockdown. On Monday, the North Rhine-Westphalian Prime Minister Armin Laschet (CDU) was informed about the messaging service Twitter, the first part of the Lockdown was implemented with the last week of the circle closure of schools, day care centers, and quarantine for 7000 Tönnies staff. Now experts of the Robert Koch be-Institute (RKI) and other scientists in a circle on the road. "The recommendations further measures", said Laschet. In the evening, district administrator Sven-Georg Adenauer (CDU), said in Gütersloh, "it smells a bit after Lockdown".

so Far, both Laschet, as well as Adenauer optimistic had shown that the infection happen to leave clear to the company Tönnies and his staff locate and Spreading to the rest of the population in the circle is not to be feared. Adenauer said that the situation had changed in comparison to Sunday. There are more smears were taken in the whole circle of distributed living Tönnies staff. Numerous other Tests were positive. Overall, there were, according to the crisis unit under the 7000 Tönnies employees now 1553 positive for the Virus tested persons.

The SPD Laschet hesitation threw. Thomas Kutschaty, of the SPD parliamentary group Chairman in the North Rhine-Westphalian state Parliament, said, in the face of the largest Corona-Hotspots in Europe, the Prime Minister was irresponsible. The SPD land Chairman Sebastian Hartmann said: "For Laschet of the outbreak in the case of Tönnies, the Mega-GAU, and not just another glitch in a seemingly endless chain since the beginning of the Corona-crisis." The SPD member of the German Bundestag and epidemiologist Karl Lauterbach criticized the fact that in East-Westphalia, no more stringent measures were arranged.

1 The government is ready to alleviate the health protocol... 2 Series travel warning: Gauls, Wake up 3 Scandal Premier-League-match: a plane flies with a... 4 Szczereks novel Seven, Still Poland is pretty much... 5 Criminal case Wirecard: A shame for the Keeper 6 Eintracht in the Bundesliga: time for development... 7 China-EU talks: Europe talks Tacheles with Beijing 8 After the pandemic: With all the force 9 Frankfurt city forest: Only three percent of trees... 10 Strained relationship: How Heiko Maas Italian trust... 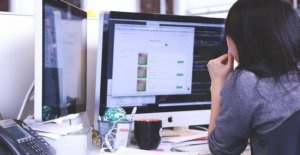 The government is ready to alleviate the health protocol...