Imprisonment for Fillon: An unimaginable judgment

In France, it was previously inconceivable, to send a former head of the government behind bars. Therefore, the verdict against the former Prime Minister Franço In France, it was previously inconceivable, to send a former head of the government behind bars. Therefore, the verdict against the former Prime Minister François Fillon has unfolded on Monday afternoon, the effect of a political earthquake. The judge sentenced the 66-year-old politician because of the false employment of his wife to a term of imprisonment of five years, three of which are on probation. So it could well be that Fillon has to finish his long political career in a prison, even if his lawyers want to initiate an appeal process, as you told.

Fillons wife Penelope was a suspended sentence of three years. Both must also pay a fine in the amount of EUR 375,000 each. In addition, the court ruled that the couple Fillon and former member of Parliament, Marc Joulaud, who had joined for Fillon, and the national Assembly must pay back a Million euros. Joulaud, was also sentenced to a suspended sentence of three years because he had to deal with Penelope Fillon as a parliamentary assistant to request, without proven benefits. The national Assembly had occurred as a co-plaintiff in the process.

Fillon and his wife were on Monday noon at the time of sentencing in the new glass building of the Paris Palace of justice present. They wore masks that covered part of her face. The presiding judge Nathalie Gavarino said that the compensation Penelope Fillons have stood in no relation to their proven performance. The head of the government had "his duty to righteousness and to the model of the rule of law is not met". A request by the lawyers Fillons, to postpone the judgment proclamation, was not upheld.

1 Gauck praises population: restrictions do not exaggerate 2 Bergisch Gladbach: investigators find traces of more... 3 Money for several projects: Hessen is to ökomodell... 4 Hen parties in Concord: With all due respect 5 Consumer prices in June: inflation rate rises to 0.9... 6 Corona-crisis: the expectations of The work agencies... 7 Balance sheet scandal: Wirecard's share price rises... 8 Footy Legends that Left the Crowds Speechless 9 And who takes the dog?: Rarely it was so beautiful... 10 Afghanistan: at Least 23 Dead due to explosions on... 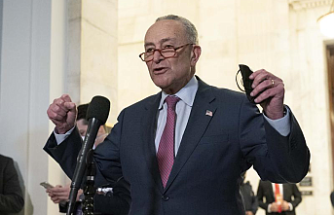