More refugees than ever: the UN expect more flight and Migration in the direction of Europe

The number of people on the run the rise worldwide, more and more. At the end of last year, around one percent of the world's population was displaced because The number of people on the run the rise worldwide, more and more. At the end of last year, around one percent of the world's population was displaced because of Wars, violence, conflict or fear of persecution from their homeland. A total of 79.5 million people were on the run, such as the refugee work of the United Nations (UNHCR) on Thursday in its report on the world refugee day, the 20th. June, announced. The were almost as many people as Germany has a population (83.2 million). The Corona-crisis and the associated poverty of affected populations is likely to increase the escape in the direction of Europe, said UNHCR chief Filippo Grandi in Geneva.

The number marked the highest level in the nearly seventy year history of the UNHCR. She has doubled between 2010 (40 million) and in 2019, almost. The new increase is with almost nine million people-or twelve per cent. But that is also due to the fact that the UNHCR Venezuelans abroad was one of the first in a new category.

Venezuelans for the first time in its own category listed

Grandi sees job losses due to the Corona-crisis as a driver of further escape and Migration: He had no doubt that the growing poverty and the lack of solutions, as well as the continuation of conflict would lead to more population movements, "in the regions and beyond, to Europe".

to blame for the lack of solutions, but also countries which have their own interests in conflict areas to be pursued and conflict solutions for the disabled be. While in the nineties, on average, each year, 1.5 million refugees returned to their homeland, it was in the past ten years, an average of less than 400,000 in a year.

"This is an indication for the persistence of conflicts, new conflicts, and the paralysis of the international community," said Grandi. To the world the count of the security Council, which was not in the position to solve conflicts and to create conditions so that refugees could return home. The UNHCR could only take care of the humanitarian consequences of conflicts and return of refugees, if the conditions for it are created.

The UNHCR has for the first time, counted Venezuelans who have fled the misery in their own country, in a category of its own. The 3.6 million Venezuelans who have fled since 2015, predominantly in neighbouring countries, have requested largely no refugee status. You need but according to UNHCR figures, nevertheless protection and should not be deported, for example.

1 Amthor affair: a shepherd defends himself: I Have... 2 Berlin images: Juggernaut without the middle of 3 The remnants of the ancient Apollonia of Illyria vandalized... 4 Thomas Dutronc in concert Friday on the canal Saint-Martin 5 With the Record store Day, the lp of a life that takes 6 Tennis Star in Germany: Boris Becker is the center... 7 Merz on behavior Amthors: He has made a piece of crap 8 Protection from deportation: Supreme court decides... 9 It must be down!: the ex-CEO of eBay mixed in with... 10 Box full to the national agreement on the status of... 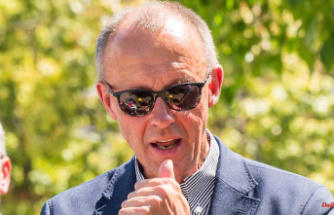 Amthor affair: a shepherd defends himself: I Have...