A look at autumn: countries are demanding speed in corona preparations

The coming autumn could also be the starting signal for a new corona wave. 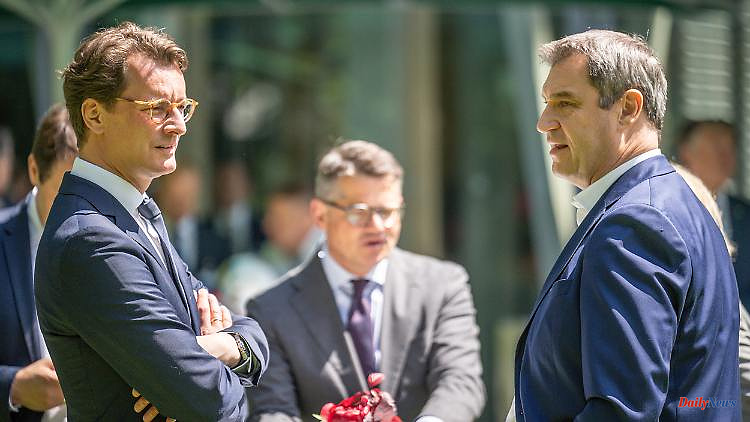 The coming autumn could also be the starting signal for a new corona wave. The state leaders want to arm themselves for emergencies and see the federal government as responsible. "We don't want any more back and forth between lockdowns and easing," makes clear NRW Prime Minister Wüst.

Because of a feared new corona wave in autumn and winter, the federal states are putting pressure on the federal government to prepare protective measures in good time. North Rhine-Westphalia's Prime Minister Hendrik Wüst said after a meeting of the state heads in Berlin that the federal government had made the decision to take more responsibility itself and should now say how things will continue. "We all don't want any further back and forth between lockdowns and easing, as we have seen in the past," said Wüst, who is currently chairman of the Prime Ministers' Conference (MPK).

Federal Minister of Health Karl Lauterbach is already planning comprehensive precautions for a corona situation that is likely to become more tense after the summer. "We must not go into the crisis unprepared like we did last fall," he said in the budget debate in the Bundestag. This included concepts for vaccinations and tests, more precise data on the burden on clinics, better protection for risk groups, for example in nursing homes, and changes to the Infection Protection Act.

The vaccination concept provides that there is the right vaccine for all virus variants that could come. Therefore, enough vaccine should be procured so that everyone can be served, even if this means that the vaccine has to be destroyed. Lauterbach did not comment on the planned changes to the Infection Protection Act. The current legal basis for possible protective requirements in the federal states expires on September 23.

The state health ministers had already listed possible instruments in a unanimous decision. From autumn, for example, a mask requirement indoors could be reacted to. In addition, it should be about 2G or 3G access rules with vaccination, convalescence or test certificates for certain facilities. Wüst said the country must remain proactive in dealing with the pandemic. "We would all wish the pandemic was over, but it isn't and that's why we want to make preparations together to be well prepared for next fall and winter."

In addition to the pandemic, the consequences of the Ukraine war were also a topic in Berlin. The country leaders believe that stronger government action against energy companies is necessary because of high profits. The federal states want to ask the federal government to "take regulatory measures to prevent further speculation in oil, gas and electricity," said Berlin's Governing Mayor Franziska Giffey as Vice Chair of the MPK. Price increases of the past weeks and months would have to be checked under antitrust law.

On June 10, Bremen intends to submit a motion to the Bundesrat with the aim of imposing a temporary special tax on some of the excess profits made by mineral companies as a result of price jumps caused by the Russian war of aggression in the Ukraine. The country leaders also discussed the impact of the EU partial embargo on Russian oil. Everyone thought the sanctions package was the right one, Giffey said. But it must go hand in hand with the fact that the supply of energy and affordability must be secured.

In addition, the federal states spoke out in favor of reintroducing compulsory insurance for natural hazards for all building owners. The federal government should now draw up a proposal for a regulation by the end of the year. At their conference in Schwangau in the Allgäu, the Ministers of Justice had previously stated that compulsory insurance was constitutionally possible. After the flood disasters in North Rhine-Westphalia and Rhineland-Palatinate in the summer of 2021, a new debate broke out about how damage from flooding and flooding could be better protected.

1 Austria hopes for heroic deeds: Ralf Rangnick? The... 2 French Open: Gauff vs. Swiatek: Super talent meets... 3 From the second row: Harry and Meghan remain in the... 4 "Tested positive for Covid": Prince Andrew... 5 Hesse: The left wants care for people without health... 6 Largest memory is empty: how Rehden becomes independent... 7 Uncertainty in the portfolio: how to deal with Russian... 8 War goals in Ukraine: what do the Russians want, what... 9 Cognin/Jacob-Bellecombette. He is irritated by the... 10 Formula 1. 26 years ago, Jean Alesi beat Michael Schumacher... 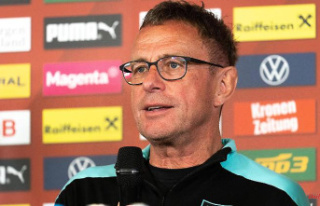