The road to success is known to be rocky and difficult. 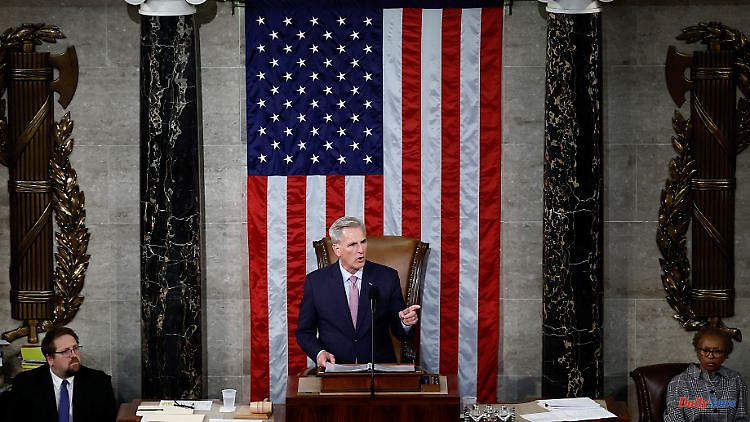 The road to success is known to be rocky and difficult. In the case of McCarthy, it is additionally paved with betrayal and humiliation. With difficulty he achieves his goal and becomes speaker of the US House of Representatives. He starts but clearly weakened in office. The real challenges are only just beginning.

More drama is hardly possible. What is happening on Saturday night in the plenary hall of the US House of Representatives leaves observers incredulous. There are desperate last-minute negotiations on the open stage, heated arguments, almost fisticuffs between MPs. The situation suddenly and unexpectedly turned in the opposite direction several times. TV commentators hold their breath live. Finally, the gavel falls - and Republican Kevin McCarthy is the new speaker of the House of Representatives.

Back to the beginning: The bitter power struggle that completely paralyzed the Chamber of Congress began on Tuesday. Several Republicans from the right fringe of the party rebelled against their faction leader McCarthy for the first time and carried out their rebellion for days. They refused to support McCarthy in the election as chairman of the chamber and subjected all colleagues there to their diktat. Because before the chairman is determined, nothing works. The newly elected members of the House of Representatives had to vote and vote and vote again and again. It took more than a dozen ballots - more than at any time since the 19th century. And each time, McCarthy's opponents let him run mercilessly.

It was only on Friday that there was movement in the deadlock: McCarthy, with a battery of concessions, won more than a dozen of his critics over to his side. It already looks as if he has secured the necessary votes when the Chamber of Congress meets again late in the evening. McCarthy is confident of victory. But in the end a single voice is missing. Just one. One of his toughest opponents, Matt Gaetz, abstained at the last minute, sealing McCarthy's 14th consecutive electoral defeat. helplessness in the hall.

Hectic conversations begin. A McCarthy confidante talks to Gaetz for several minutes. In the end, McCarthy goes to his adversary himself. The two exchange a few words, their faces strained, then McCarthy turns away. Another deputy storms angrily at Gaetz, but a party colleague stops him at the last moment. It is getting loud. "Wo-hoo," several shout.

Other party colleagues are also working on Gaetz. But he only moves when McCarthy's camp has already applied for the meeting to be adjourned. McCarthy and Gaetz speak briefly again, then McCarthy runs to the chair, changes his voice to stop the adjournment. Others follow him. And shortly thereafter follows the 15th and final ballot. McCarthy has the necessary votes together. Applause erupts even before the result is announced.

"It was easy, wasn't it?" McCarthy says later as he delivers his inaugural address. It's well past midnight now. Well, he adds later, "I want to be honest: it didn't turn out as I had planned." And he gives this to everyone in the hall: "I hope one thing will be clear after this week: I'll never give up."

After being sworn in, he briefly raises his fist in the air. He goes into his new office with a maximum of weakness. For him, the day-long election debacle was a public disgrace and a humiliation of historic proportions. McCarthy has made significant concessions to his opponents in recent weeks and days - and has allowed himself to be blackmailed. Among other things, the radicals insisted on changing the rules of procedure in the chamber so that they, as a minority, would have more power to drive the chairman before them. It is difficult to imagine that reasonable cooperation will be possible after the election - after all, it was not only about political goals, but also about personal matters.

McCarthy has had his eye on the third-highest office in the state for years and has always been careful not to alienate ex-President Donald Trump's radical supporters. He suspected that one day he would be dependent on their support. This has thoroughly backfired - Trump's hardcore fans have not only shown that they cannot be relied on, but that they despise politics itself and are out for dismantling. The fact that Trump campaigned for McCarthy did not deter his opponents from the spectacle in Parliament.

In the end, Trump wants it fixed. Photos from the session showed right-wing MP Marjorie Taylor Greene waving her cell phone in front of party colleagues. On the screen it can be seen that "DT" is on the other end: Donald Trump. In any case, after the election victory, McCarthy thanked reporters “especially” for Trump. "He really helped get the last few votes," says McCarthy. "I don't think anyone should doubt his influence."

In any case, what Trump has done is fuel internal divisions within the party. The Republican faction is broken. From now on, McCarthy can be prepared to constantly fight battles of this kind in order to organize majorities. It is usually difficult enough to overcome opposition from the other faction in the House of Representatives or the other Chamber of Congress.

The House of Representatives has important responsibilities in the legislative process. For example, it has to approve the budget that finances government business and ensures that there is no "shutdown". When that occurs, some government employees will have to be placed on compulsory leave or work temporarily without pay. The debt ceiling is also set to be raised again soon. If Congress does not agree, the world's largest economy could default. This would result in a global financial crisis.

Senate Majority Leader Chuck Schumer is already warning that McCarthy's "concessions to the extremists in his party" make it much more likely that there could be a "shutdown" or a US default, "with devastating consequences for our country ". Schumer warns McCarthy's "dream job" could become a "nightmare" for the American people. 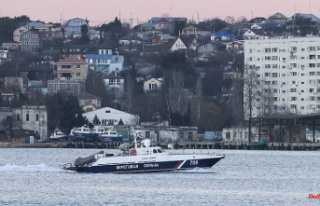