A "Question of Justice"?: What the trillion-climate bill is about

It is one of the most important topics at the World Climate Conference: who will foot the bill for climate change? A look at the data shows the responsibility that the rich industrialized countries bear. 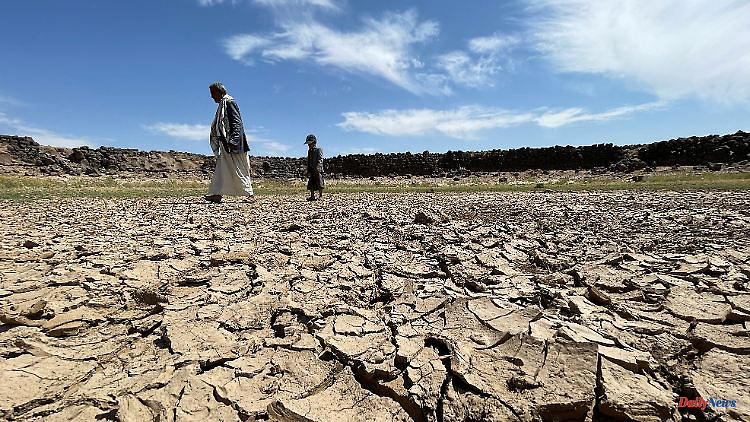 It is one of the most important topics at the World Climate Conference: who will foot the bill for climate change? A look at the data shows the responsibility that the rich industrialized countries bear.

It was an all-time high for flood disasters in Germany: When the Ahr Valley was flooded last summer and 134 people lost their lives, then Finance Minister Olaf Scholz set up an aid fund worth 30 billion euros. The money should be used to pay for the reconstruction. But what works in Germany cannot be copied everywhere.

The earth is increasingly heating up, which means that extreme weather events are also increasing. Not every country can raise as much money as Germany in the event of a comparable flood disaster or necessary adjustments. The question has long been a contentious issue: who will foot the bill for climate change? Those who fueled it for a long time, or those who are already suffering from it today? This is also discussed under the keyword "Loss and Damage". This refers to damage to which a country cannot adapt. As sea levels continue to rise, some island nations will eventually need to be relocated. The world climate conference COP27 in Egypt has now again devoted itself to the controversial issue, because the global south is demanding more money and support from the north. It is also about compensation payments for climate damage.

But what does the debate mean for Germany? At first glance, the German contribution to global carbon dioxide (CO2) emissions seems manageable. The gas is usually produced in large quantities during the burning of coal, oil and natural gas and the production of cement and concrete. Germany's share of global CO2 emissions since 1750 is just over five percent. It is only in context that it becomes apparent how unfairly this output is distributed.

Germany's around five percent means more CO2 emissions than the total emissions of the two world regions of South America and Africa. Such an unequal distribution causes resentment in the countries concerned. For example in Pakistan, which first experienced extreme heat in the summer and then devastating rainfall. As a result, a third of the country was flooded, and more than 1,700 people died. Pakistan is not even responsible for half a percent of global CO2 emissions.

The developing countries therefore insist on the polluter pays principle. Pakistani Climate Minister Sherry Rehman asked after the flood disaster: "Why should we in Pakistan pay for catastrophic floods that we didn't cause?" Such claims are supported by data on global CO2 emissions since 1945. Developed countries account for most of the CO2 emitted into the atmosphere, and to date more than half comes from the wealthiest nations.

It is often the countries that have emitted little that are particularly vulnerable to climate-related weather changes. How unequally risk and responsibility are distributed can be seen in the data from the University of Notre Dame in the US state of Indiana. The researchers have created an index called ND-GAIN that can be used to compare how vulnerable countries are to extreme weather. To do this, they compare the countries in six categories: food, drinking water, health, ecosystems, human habitation and infrastructure.

The map clearly shows: The industrialized countries emit, the consequences primarily affect the developing countries. This also has economic consequences for them. A coalition of finance ministers, the "Vulnerable Twenty" (V20), underpinned this last summer with a preliminary study. Accordingly, the 58 members of the group have lost a total of around 525 billion US dollars over the past two decades. Climate change is also having a negative impact on economic growth. The prospects aren't much better either: according to researchers at the London School of Economics, global climate-related damage and losses could rise to as much as $1 to $1.8 trillion annually by 2050.

But who should bear these costs? So far there is no solution for the "loss and damage" consequences, i.e. the climate damage that has already occurred. A first attempt to support the poorer countries was made at the 2009 World Climate Conference in Copenhagen. There, the industrialized countries agreed to mobilize 100 billion dollars annually from 2020. The countries concerned should be able to use the money to set up their own climate protection programs and carry out adaptation measures. According to the OECD, the industrialized countries missed the target by almost 17 billion dollars in the first year. The USA in particular lagged behind in terms of their CO2 emissions, as the think tank "Carbon Brief" has calculated. Germany was therefore at times even in the plus.

The data on emissions and the broken 100 billion promise show why there is a lot of frustration in the affected countries. Even before the COP27, the host Egyptian Foreign Minister, Samih Schukri, spoke of a "lack of trust". The major CO2 emitters have so far blocked "loss and damage" payments for two main reasons: firstly, unimaginable sums could be at stake in the future and, secondly, there are fears that states could be held liable in the event of an admission.

There is also another problem: China. While the USA and Germany have reduced their CO2 emissions, the opposite is happening there - also because many Western countries have shifted parts of their production and thus CO2 emissions to Asia. Beijing has offered help to the countries affected by the climate crisis - but no money.

"Our wealth, the fossil wealth, is also built on the climate damage that we are experiencing today," Foreign Minister Annalena Baerbock told RTL/ntv at the COP27 in Egypt. "But now, almost 30 years later, we have economies like China that have developed massively and are among the largest emitters simply because of the size of the people."

1 Episode of "Only Yes Means Yes": Sex offenders... 2 In January and February: civil protection officers... 3 "The situation is bad": pharmacies criticize... 4 Harsh criticism of F1 and FIFA: Vettel is shocked... 5 Press conference at the start of the World Cup: FIFA... 6 One for all: In the department store of madness 7 Hesse: rain and clouds in Hesse – risk of ice at... 8 Baden-Württemberg: a man falls five meters in a car 9 Saxony-Anhalt: Two dead in an accident with a trailer... 10 Search for a good compromise: Ampel believes that... 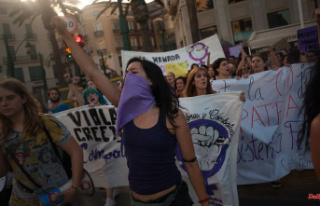