Kremlin chief Putin has responded to Turkish President Erdogan's threats to invade northern Syria with ground troops by increasing the Russian presence in the region. 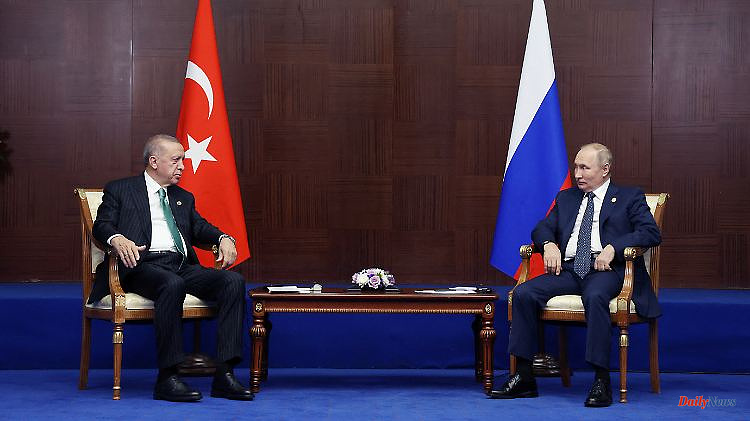 Kremlin chief Putin has responded to Turkish President Erdogan's threats to invade northern Syria with ground troops by increasing the Russian presence in the region. There are said to be roadblocks in place. Observers consider this an unmistakable warning.

In view of a looming Turkish ground offensive in northern Syria, Russia has sent troops to reinforce an area controlled by Kurdish fighters and Syrian government soldiers. Residents of the town of Tal Rifaat, north of Aleppo, reported that Russian soldiers had reached the town. According to the Syrian Observatory for Human Rights, Russia is also strengthening its troops at a nearby air base and the border town of Kobane.

The move follows a Turkish military offensive during which Ankara has attacked hundreds of Kurdish targets in northern Syria and northern Iraq since November 20. Turkish President Recep Tayyip Erdogan also threatened a ground offensive in the neighboring country. The Russian reinforcements could be an attempt to "stop or delay the Turkish offensive," said the head of the Syrian Observatory, Rami Abdel Rahman.

Tal Rifaat is located 15 kilometers south of the border with Turkey. Kurdish forces control the city and surrounding villages. Russian soldiers are already stationed in the area. According to local residents, Russian forces have already set up roadblocks in demarcation from positions controlled by Turkish forces and their Syrian allies. The latter control areas north of Tal Rifaat.

Russia has been fighting alongside Syrian ruler Bashar al-Assad in the Syrian war since 2015. The Russian army has also been present in north-eastern Syria since 2019 following an agreement with Turkey. Since 2016, the Turkish army has launched three offensives, mostly against Kurdish fighters and occupied areas in northern Syria, now controlled by Ankara proxies.

A few days before the start of the latest Turkish military offensive, six people were killed in an attack in Istanbul. Ankara blamed the banned Kurdistan Workers' Party (PKK); however, the PKK and the Syrian Kurdish militia YPG deny any involvement in the attack.

1 Congress gains insight: Ministry releases Trump's... 2 After a phone call with Apple boss: Elon Musk buries... 3 Doctors sound the alarm: massive wave of infections... 4 Hesse: Judgment expected in the process of attempting... 5 Thuringia: Design of the place of remembrance for... 6 300,000 people who are obliged to leave the country:... 7 No jury agreement: "That '70s Show"... 8 Economist Bachmann at Lanz: "I would not bet... 9 Hesse: partner tormented and injured: beginning of... 10 "Should make you tremble": Tiananmen veteran... 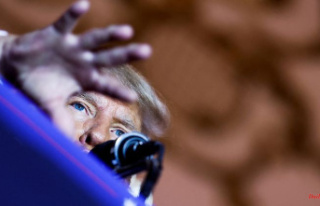