A trip to St. Petersburg: My family lives in a Russian parallel world

When Anastasia was last at home in St. 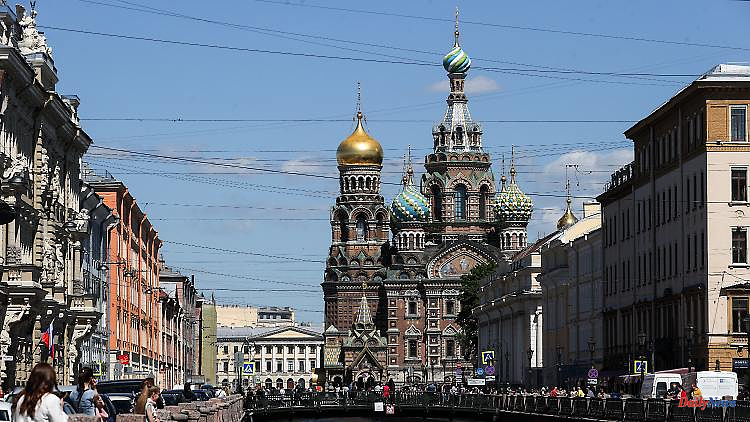 When Anastasia was last at home in St. Petersburg, there was no war in Europe. This time she saw the world with different eyes. But nothing has changed for her family. On the contrary: life has gotten better for them.

Anastasia, whose name we have changed, has been living in Germany for three years, but is originally from St. Petersburg. In this article, she tells of the conflict that many Russians are currently experiencing: How do you deal with war, family and life in parallel worlds?

It's like arriving in a parallel world: When I get off the bus in St. Petersburg, nothing seems to have changed. I'll get in the cab, like I always do. My mother hugs me when I come home, as always. The television is on, as always. Little has changed for my family since the beginning of January, when I was last at home.

There is no war for my family, at least not one that is not unjustified. You're watching the new program on TV about the soldiers of Ukrainian President Volodymyr Zelenskyy and the war crimes they're all committing. Or the documentary about US soldiers learning the best way to kill civilians. And of course the news that talks about a "special operation".

My grandma is curious how the rest of the world views this supposed "special operation". Of course, she knows that there are other opinions about the war in Ukraine. She asks how things are in Germany right now. I try to explain to her that the whole country is watching with horror - no, that's too weak - with shock as Putin's war of aggression reduces a country to rubble.

But she won't believe me because I didn't see these horrible crimes with my own eyes. So I try it with a tangible experience: I tell her that my husband and I offered a total of six Ukrainian refugees a place to sleep in our apartment. Then my grandmother recoils: "You let these Nazis live in your apartment?" They're not Nazis, Grandma, I try to explain. These are normal people, just like us, who need help, I say.

Then comes this silence. I feel a lump rising in my throat. This often happens to me at home this week. Again and again we fall silent on the topic and leave it unspoken in the room. Neither I nor my mother, father or grandmother want to open this door - nobody wants to talk about the fact that we are currently living in parallel worlds. I am almost grateful to my family for that.

Because many families have fallen apart in recent weeks. They had discussions, they argued. But how can you argue when you can't even agree on the truth? When you live in parallel worlds? I know that Ukraine is in the midst of the worst war Europe has seen in 70 years. But the reality of my family hasn't changed since February 24th. As if their eyes were foggy and I could see clearly.

But I can't really blame my family for believing that there is no war in Europe. That they have the impression that we are suffering here in Germany - and not they in Russia. That gas prices and inflation have skyrocketed so much that we are all close to the poverty line. That Europe shot itself in the foot with the sanctions and Russia is better off than ever.

For the propaganda is constantly being spread by a finely honed, well oiled and practiced machine. While it is easy to get information from the outside - even if Russia has closed the digital door on Tiktok, Facebook or Twitter, there is a key that just works. It takes me two minutes to have a VPN connection on my phone - a push of a button and my Instagram app thinks I'm in Canada or France or maybe Sweden.

Many people like me or my friends who ran with the opposition and were at demonstrations with Alexei Navalny and fought for an open and pluralistic Russia find this key, use it and see through the propaganda.

Of course my mom could do that too - she too has a VPN on her phone. But there are so many reasons to believe the propaganda. So far there has been no physical impact on my family's life. The huge restrictions stemming from the unprecedented sanctions packages around the world have not yet materialised. Nobody notices the crippling effect promised by Western countries - at least not in St. Petersburg.

Food prices have gone up a bit, but no more than in Germany, where we are also struggling with inflation. And not in a way that nobody can afford to go shopping anymore.

Some shops in the large shopping centers had to put up "closed" signs. But for every locked store, there are 15 others selling exactly the same thing. Russians may no longer be able to eat at their beloved McDonald's, but there's a Burger King or Carl's Junior just two steps away. Some McDonald's branches will soon reopen, just under a different name. So if they want their American burgers, there's nothing standing in the way.

"See, they're opening again," says my mother. So there are no sanctions. Neither does the war, by the way. There is great hope that McDonald's will eventually remove the sign again. Life goes on.

And it's almost better than ever. For the first time in my mother's life, some prices are going down - public transport is getting cheaper. What's more, my stepfather's wages have gone up. Even his army pension was raised a bit. That has never happened before.

So how can I blame my mother for not believing the western media when they report terrible times in Russia? Sure, it's always easier to look away from the truth when it's awful. But many Russians, like my mother, have plenty of hard evidence in front of them: everyday life hasn't gotten any worse. On the contrary, it has gotten better.

It is difficult to say how long Putin can sustain this strategy. He's building a huge bubble of falling prices and higher wages with inflation at 20 percent. At some point it will probably burst, but the question is when. At the moment I am happy that my family is doing well. Even though we currently live in parallel worlds, I don't want them to suffer.

It's a dichotomy that many Russians, like me, carry with them these days. And one who accompanies me when I embark on the adventurous journey back to Berlin, almost relieved. I hope that one day we will end up in a world again - but that will probably take a while. 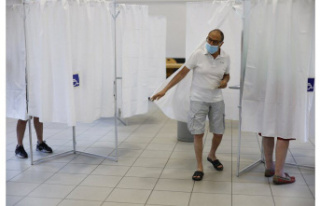 Legislative 2022. Participation rate for the first...