After the murder of three Kurds in Paris, investigators assume a racist motive. 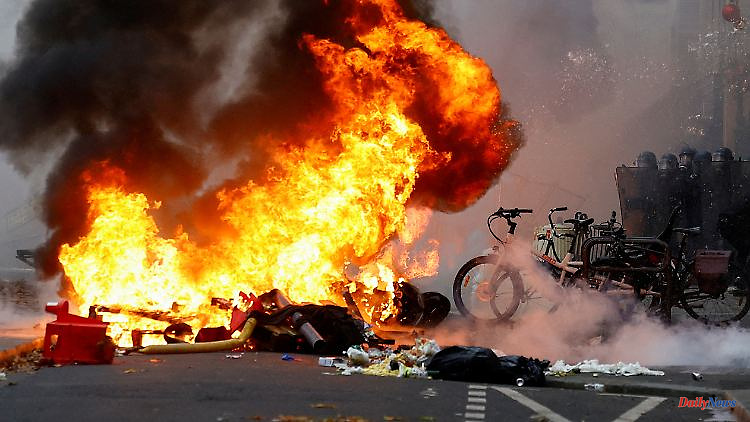 After the murder of three Kurds in Paris, investigators assume a racist motive. Kurdish organizations blame the Turkish government for the act of violence. Riots break out at a demonstration.

After the deadly shots in a Kurdish neighborhood in Paris, riots broke out again in the French capital in the early afternoon. There were clashes with security forces on the fringes of a peaceful demonstration by several hundred people to commemorate the three dead on Friday, AFP reporters reported. Projectiles were thrown at law enforcement officers near Place de la République, who responded with tear gas.

At least four cars were knocked over, at least one of which was set on fire. Garbage cans also burned. There had already been clashes between demonstrators and security forces on Friday evening. Protesters threw objects, set garbage cans on fire and erected barricades, and the police used tear gas. The windows of several private cars and police vehicles were also broken.

The French public prosecutor announced that the alleged perpetrator, a 69-year-old Frenchman, is now being investigated for a possible racist motive. According to investigators, he had declared that he had acted out of racist motives. The former train driver shot three people and injured three others near a Kurdish cultural center in Paris on Friday. He was taken into police custody at the scene and taken to hospital with minor injuries.

According to the Kurdish association CDK-F, the dead are Kurdish activists, including a young woman and a musician. The association accused the Turkish state and its President Recep Tayyip Erdogan of being responsible for the crime. It was "unacceptable that the terrorist character is not taken into account," spokesman Agit Polat told journalists on Friday evening. The political situation in Turkey with regard to the Kurdish movement is clearly causing his association to "assume that these are political murders," said Polat at the press conference held just 100 meters from the scene of the bloody deed.

The perpetrator "obviously wanted to attack foreigners," Interior Minister Gérald Darmanin said at the scene of the crime. However, he emphasized that the exact motive of the man, whom he described as a lone perpetrator, is not known. CDK-F officials then called on the French authorities to end their "forbearance" towards the Turkish authorities regarding the safety of Kurds. 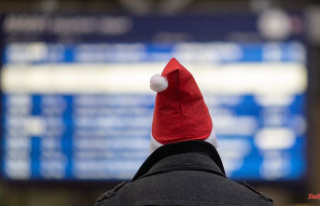 Merry Christmas!: ntv wishes you a peaceful and relaxing...