There are no photos or reports of UN Commissioner Bachelet's visit to the Chinese province of Xinjiang, where the Uyghur minority is being tortured. 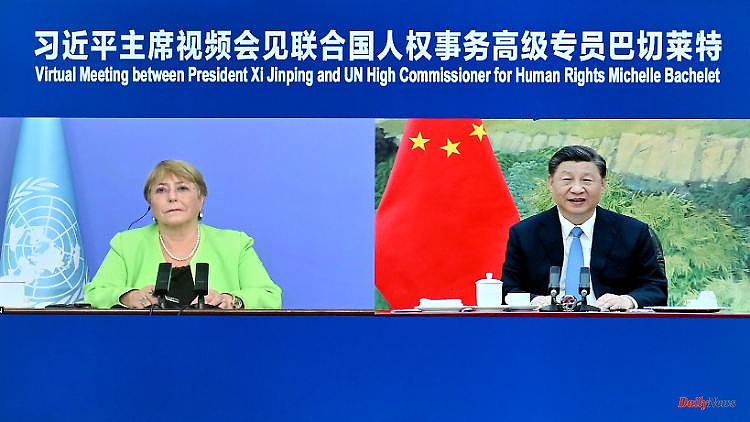 There are no photos or reports of UN Commissioner Bachelet's visit to the Chinese province of Xinjiang, where the Uyghur minority is being tortured. China exploits their trip for their own propaganda. Now Bachelet has to defend himself against massive criticism.

At the end of her visit to China, UN Human Rights Commissioner Michelle Bachelet defended the trip against massive criticism. In her final press conference, Bachelet assured that she was able to hold her talks in the Uyghur region of Xinjiang without being overseen by the Chinese authorities. At the same time, she emphasized that her trip to China was "not an investigation" into human rights violations. Activists accused Bachelet of giving China's communist leadership a propaganda victory. There were also calls for resignation.

"We are aware that many people are waiting for news about the fate of their loved ones," Bachelet said, referring to numerous members of the Muslim Uighur minority in the western Xinjiang region. "This and other issues have been raised with the authorities." The UN Commissioner did not want to provide any further information on this sensitive issue.

Bachelet called on the Chinese authorities to avoid "arbitrary and indiscriminate" measures in Xinjiang. At the same time, however, she acknowledged damage caused by "violent extremist acts". Bachelet summed up that her six-day visit to the People's Republic was an opportunity to speak "openly" with the Chinese authorities as well as with representatives of civil society and intellectuals.

Her visit was the first to China by a UN human rights commissioner in 17 years. This was preceded by difficult negotiations about the terms of the trip. According to her office, Bachelet also visited Ürümqi and Kashgar in Xinjiang. Details of these travel stations and photos of them have not been published.

After Bachelet's closing statement, Chinese Deputy Foreign Minister Ma Zhaoxu stated that certain "Western states" had "spared no effort to disrupt and undermine the High Commissioner's visit," albeit without success. Bachelet experienced the protection and promotion of "the traditions of ethnic minorities" on site. "Xinjiang is by no means a human rights issue," Ma said.

Chinese state media reported on a virtual meeting between the UN representative and head of state Xi Jinping on Wednesday that Bachelet had confirmed China's view of the human rights situation. Her Geneva office was then forced to clarify that what she said to Xi was not a direct endorsement of Chinese policy.

Months ago, Bachelet's office was due to deliver a much-anticipated report on Xinjiang. However, the publication was repeatedly postponed. As early as 2018, in her first speech to the UN Human Rights Council, she spoke of "deeply disturbing allegations of arbitrary detention of Uyghurs and other Muslim communities (...) in so-called re-education camps throughout Xinjiang". Observers suspect behind the delayed publication pressure from China, which wanted to prevent an announcement before the Winter Olympics in Beijing or before their visit, as it was said. Bachelet's report was ready last year. The procedure brought her a lot of criticism at the time.

Human rights activists reported that the UN commissioner had now undertaken a propaganda trip for China. Human Rights Watch director Kenneth Roth said, "Such silent backroom talks are exactly what Beijing wants -- no public reporting, no pressure to end its intense repression of Uyghurs and others."

Bachelet's visit left the impression "that she walked right into a very predictable propaganda exercise by the Chinese government," said Agnès Callamard, head of Amnesty International. Dilxat Raxit of the exile organization World Uyghur Congress wrote of Bachelet: "Resigning is the only meaningful thing she can do for the Human Rights Council."

At the start of Bachelet's visit, an international media consortium published further evidence of the mass internment of Muslim Uyghurs in Xinjiang. Thousands of photos, speeches and instructions from the authorities prove there, among other things, torture and the existence of a shooting order.

The US accuses Beijing of genocide and crimes against humanity in Xinjiang and criticized Bachelet's trip to China as a mistake. The German government has also expressed concern about China's handling of the Uyghurs. Beijing justifies its actions in Xinjiang with the need for "anti-terrorist" measures.

1 Suspicion of frustration: Action by Böhmermann leads... 2 In the World Cup final against Finland: Canada can... 3 The day of the war at a glance: Further Russian successes... 4 Bavaria: fire at the fire brigade with high property... 5 Massive problems with admission: Champions League... 6 After hours of fire: yacht sinks in the harbor 7 Waiting for food: 31 dead in stampede in Nigeria 8 Massive chaos around the stadium: Champions League... 9 Historic mega deal: Siemens brings high-speed trains... 10 Cannes Film Festival: Ostlund wins Palme d'Or... 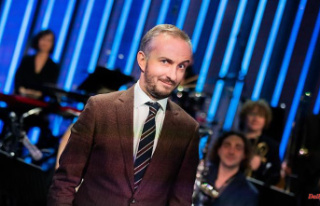