After a missile hit Poland: That would be the way to a NATO alliance

A rocket hit a Polish village near the border on Tuesday, killing two people. 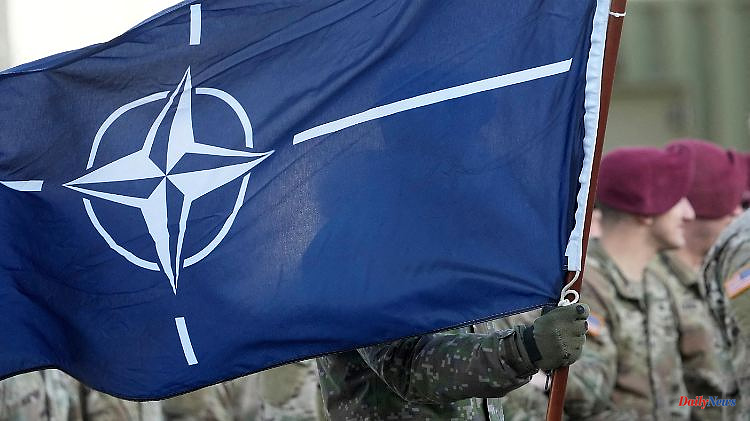 A rocket hit a Polish village near the border on Tuesday, killing two people. The Polish government is alarmed and calls NATO into action. But many questions are still open - and the hurdles to the alliance would be high.

Much is still in the dark, but the fact that the Polish government has put its armed forces on increased alert after the rocket hit in the village of Przewodow near the border with Ukraine shows that the situation is extremely dangerous. If, despite indications to the contrary, it turns out that Russia is actually responsible for the incident, Poland, as a NATO member, could demand the alliance case. However, this would not automatically mean that all Allies would have to participate in an armed conflict. The road to the alliance case is much more complex.

What is NATO Alliance Case?

Article 5 of the NATO Treaty literally states: "The parties agree that an armed attack against one or more of them in Europe or North America will be considered an attack against them all." In the event of an armed attack on a member country, the Alliance shall "assist in the exercise of the right recognized in Article 51 of the Charter of the United Nations in the individual or collective self-defence of the party or parties attacked".

How is the Alliance event triggered?

Before even discussing whether there is an alliance, the state concerned, in this case Poland, must inform NATO that "the integrity of [its own] territory, political independence or [its] security is threatened is". This is stipulated in Article 4 of the NATO treaty, which is to be understood as a kind of precursor to an emergency. However, this does not necessarily result in common steps. In the only alliance case in NATO history so far, one day after the terrorist attacks of September 11, 2001 in New York, it was the then US President George W. Bush who pointed out to the NATO Council what he believed to be an alliance case. However, after the United States was only able to present evidence that al-Qaeda was behind the attack on October 2, the Council activated the mutual assistance clause on October 4.

What is the role of the NATO Council?

No member country can decide on the alliance case alone. Only the North Atlantic Council, in which each member country of the alliance is represented with one seat, is authorized to do this. If a partner requests assistance under Article 5, the Council shall meet as soon as possible to discuss whether the requirements for the alliance case are met. If the mutual assistance clause is activated, the council can set up a defense committee to make recommendations "on the implementation of Article 5".

Are there legal hurdles?

The basic requirement for the existence of the alliance is that it is an armed attack from abroad. How extensive the attack must be is not specified. While the attacks of September 11, 2001, which killed almost 3,000 people, were clearly above the threshold for an armed attack in NATO's view, this can be doubted in the most recent case - even if it were about Russian missiles aimed at Polish national territory were fired. And that would have to be proven first. According to the Cologne international law expert Philipp Dürr, there would have to be several "small" attacks for Poland to be able to speak of a coordinated military approach and, accordingly, of an armed attack.

Can the NATO Council also refuse its support?

"You can ask for a lot, but you're not right," Dürr explains about the NATO alliance. In fact, there are examples of NATO being more cautious when the circumstances surrounding an armed attack on a member are rather opaque. In 2019, for example, the possibility of a counter-offensive as a result of the Turkish invasion of northern Syria caused concern among NATO partners that Turkish President Erdogan could ask for assistance in this case. However, the scientific service of the German Bundestag explicitly pointed out at the time that when deciding on an alliance case, "attack and defense action must be clearly distinguished". In other words, anyone who marches into a neighboring country and calls on NATO for help when there is resistance cannot count on the support of the partner countries.

What happens when the alliance case is established?

The NATO treaty leaves the parties ample discretion as to what the consequences of a declaration of the alliance's failure may have. Article 5 merely states that each Party shall "promptly, and in cooperation with the other Parties, take such measures, including the use of force of arms, as it deems necessary to restore and maintain the security of the North Atlantic Area". Each state decides for itself what is required. The treaty does not provide for automatic military support - such as the deployment of troops.

When does the alliance case end?

A time frame for countermeasures has not been specified. Article 5 only stipulates that the countermeasures taken must be stopped immediately "as soon as the UN Security Council has taken the steps necessary to restore and maintain international peace and security". In other words, the alliance case ends when the armed attack ends. But there are pitfalls, as the "war on terror" declared by the USA after 9/11 showed - because terrorism is difficult to declare over.

In fact, the only case of alliance to date, dated September 12, 2001, was never formally repealed. The use of the USA and its NATO partners against the terrorist network al-Qaeda only ended in the summer of 2021 with the chaotic withdrawal from Afghanistan. However, there were certainly attempts to end at least the German mission in Afghanistan: in 2002, 2012 and 2013, corresponding motions by the Left and the Greens in the Bundestag failed. Theoretically, the NATO Council can also end the alliance, but the partners would first have to agree - and Germany, at least, was quite clear on this issue in 2001. According to the Defense Ministry at the time, proclaiming the alliance was an "expression of solidarity" and therefore does not have to be formally ended. 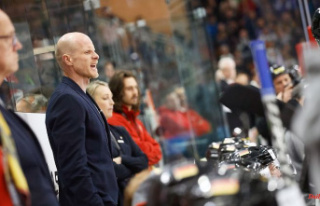