After the alleged attack plans of two brothers in Castrop-Rauxel, the investigators are investigating another clue. 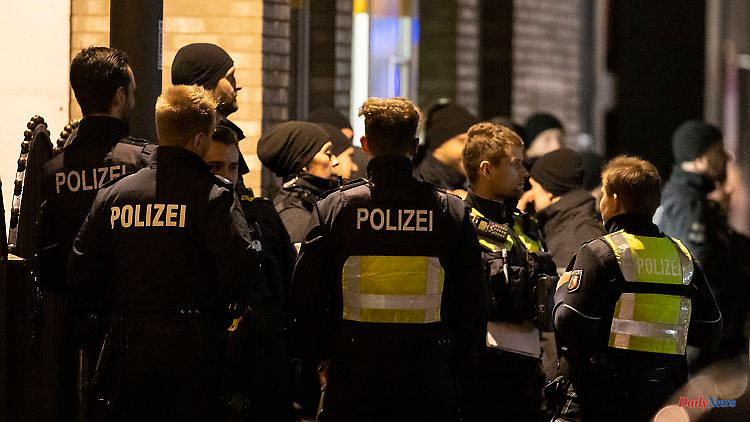 After the alleged attack plans of two brothers in Castrop-Rauxel, the investigators are investigating another clue. The target is two garages, which are assigned to one of the arrested.

In connection with the anti-terror operation in Castrop-Rauxel, emergency services are now also searching two garages that are assigned to one of the two accused brothers. Another search warrant had been obtained, which is currently being enforced, said a spokesman for the Düsseldorf public prosecutor's office.

Investigations had shown that the 32-year-old had the two garages in a backyard in Castrop-Rauxel, the public prosecutor said. Among other things, the so-called Analytical Task Force of the fire brigade is on duty to ensure safe handling of potentially hazardous substances. The spokesman explained that a decontamination route would be set up.

It is not yet possible to estimate how long the operation will last, he said. It probably depends on what is found. "If there are empty garages, then you open the gates, take a picture of an empty garage and drive again," he said. On the night of Sunday, two brothers between the ages of 32 and 25 were arrested in Castrop-Rauxel. The two Iranians are said to have tried to obtain poison for an Islamist-motivated attack.

According to the Düsseldorf public prosecutor's office, however, the corresponding toxins cyanide and ricin were not found during a search of the 32-year-old's apartment. Arrest warrants were issued for the two brothers on Sunday evening. It was initially unclear how concretely the possible attack plans had progressed and what a possible target would have been. The German investigators had become active because of a tip from colleagues from the USA.

The North Rhine-Westphalian Minister of the Interior, Herbert Reul, had criticized the politicians' hesitation in obtaining information online that morning. "The important thing is that you know early on who is planning what," said the CDU politician on ZDF's "Morgenmagazin". He doesn't understand why Germany is having such difficulties here and why it isn't using the opportunities that are available.

The federal states have very different legal conditions as to how they can intercept and examine which information on the Internet. "We are very reserved in Germany," said the minister. International cooperation among the security authorities, on the other hand, works so well that information is transmitted very quickly. The police were able to make all the preparations "from one day to the next" and arrest the young men.

1 Climate change puts a strain on biathletes: "It's... 2 Australian Open loosen the rules: Tennis professionals... 3 Slalom success in Adelboden: Straßer: Greetings to... 4 Mazraoui has been missing for weeks: "Huge failure"... 5 One hundred, please: When the Chinese restaurant came... 6 Despite a major manhunt: there is no trace of a fugitive... 7 'It's really crazy': Billy Idol gets... 8 Statements about Taliban: Expert: Harry puts Düsseldorf... 9 Group photo at the bedside: Jeremy Renner thanks hospital... 10 Duel of fat spreads: What scores points for butter... 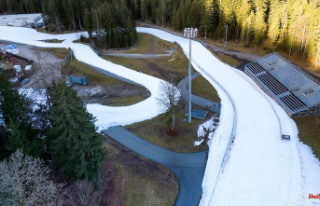 Climate change puts a strain on biathletes: "It's...