The Russian foreign minister is having trouble finding partners to talk to at the G20 summit. 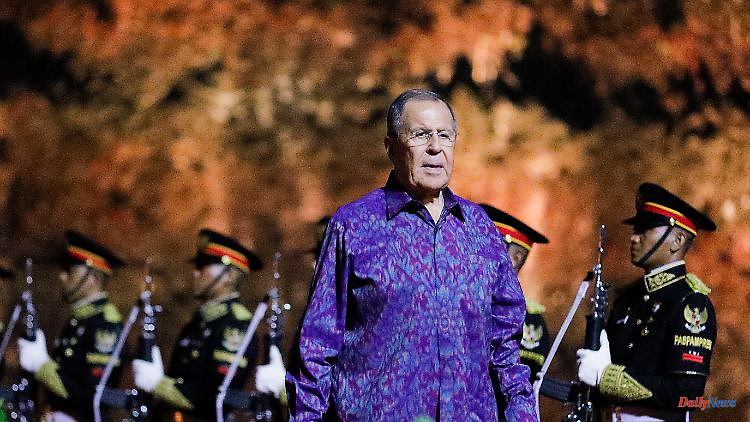 The Russian foreign minister is having trouble finding partners to talk to at the G20 summit. At least Lavrov puts on a batik shirt typical of the country and allows a final declaration critical of the war to go through. He starts his return journey to Moscow early.

Almost nine months after the start of its war against Ukraine, Russia is also coming under pressure in the G20 round of leading economic powers. At the summit on the Indonesian island of Bali, previous supporters such as China and India refrained from blocking a joint final declaration. The paper, which was almost completely negotiated in the evening, says: "Most of the members strongly condemned the war in Ukraine."

Moscow also wants to support the declaration - because it expressly emphasizes that not all G20 countries share the condemnation. The paper is to be adopted by the 20 delegations at the end of the summit on Wednesday.

So far, China's head of state Xi Jinping has supported Russian President Vladimir Putin almost unreservedly. The Kremlin chief was represented at the summit by Foreign Minister Sergei Lavrov. He remained in the room during a video message from Ukrainian President Volodymyr Zelensky. However, Lavrov left Bali on Tuesday evening. According to information from Russian state television, this was planned in advance - no reason was given.

Chancellor Olaf Scholz spoke briefly with the Russian Foreign Minister on the sidelines of the summit. "He stood near me and also said two sentences. That was the conversation," said Scholz after the first two working sessions. He doesn't want the wrong impression of the length of the exchange to arise. He also met France's head of state Emmanuel Macron, Lavrov said. According to the Russian foreign minister, Macron is ready for renewed contacts with Putin.

Specifically, the draft of the final declaration quotes from a United Nations resolution. This calls on Russia to cease hostilities and immediately withdraw its troops from Ukraine. Russia's position is primarily addressed with the sentence: "There were different views and different assessments of the situation and the sanctions." Accordingly, Russia also accepts that the Russian attack will be described as a war and not - as suggested by Putin - as a "military special operation".

Lavrov confirmed that the work is practically complete. "Our Western colleagues have tried in every possible way to politicize this statement and they have tried to smuggle in language that would imply condemnation of the actions of the Russian Federation on behalf of the entire G20, including ourselves," he said state Russian news agency Tass. The draft now contains both Western and Russian perspectives on the war in Ukraine.

The draft also states that, in the opinion of most G20 members, the war will exacerbate the problems in the global economy and, for example, weaken growth and cause inflation to rise. Who are the "most members" who condemned the Russian war was not listed. Scholz admitted to journalists that "of course there are other views here, but they haven't been counted."

At the festive dinner in the Garuda Wisnu Kencana Cultural Park, many of the male guests wore a typical national batik shirt. Scholz preferred a classic white shirt for the appointment.

In the press center of the summit, where the reception of the guests by the Indonesian President Joko Widodo was broadcast, the walk of two top politicians down a long red carpet caused ecstasy. First, Canada's Prime Minister Justin Trudeau set a first highlight in a magenta-colored shirt. There was applause and appreciative whistles from the journalists. However, the new British Rishi Sunak then topped the enthusiasm: He decided on a red, tight-fitting shirt. Lavrov also took part: he came in blue. 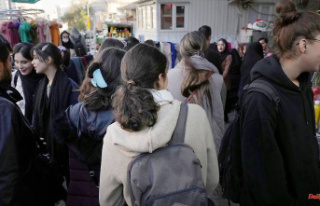