In a video address, the Ukrainian President addressed the West. 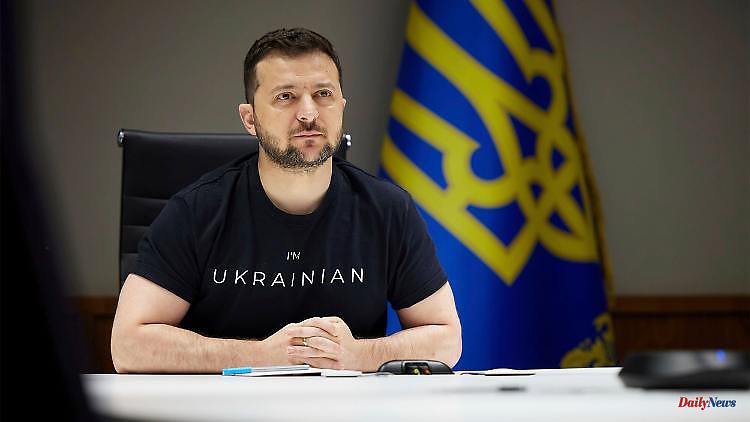 In a video address, the Ukrainian President addressed the West. After the Russian attack on a shopping center, he pushed for the delivery of anti-aircraft technology. The victims of the attack deserved the same security as people in Dresden, says Zelenskyj.

After the rocket attack on a shopping center in eastern Ukraine, President Volodymyr Zelenskyy urged the West to provide modern air defense systems. Ukraine had asked for this before the war and immediately after the Russian invasion, Zelenskyy emphasized in his daily video address.

"People in the Kremenchuk mall deserve the same security as people in any mall in the world, whether it's somewhere in Philadelphia or Tel Aviv, or in a shopping arcade in Dresden," said Zelenskyy. According to rescue workers, at least 16 people were killed and around 60 others injured, some seriously, in the attack. Ukraine blames Russia.

The attack was harshly condemned internationally. The participants at the G7 summit in Elmau, Bavaria, spoke of war crimes in their declaration and threatened Kremlin chief Vladimir Putin with consequences.

Zelenskyy described Russia after the attack as "the largest terrorist organization in the world". That must also be determined legally. "And everyone in the world needs to know that if you buy or transport Russian oil, have contacts with Russian banks or pay taxes or customs duties to the Russian state, it means giving money to terrorists," said Zelenskyy.

1 After a collision with a truck: a train with 200 passengers... 2 Creditors are waiting for their money: Moody's... 3 Mecklenburg-Western Pomerania: Eastern representative... 4 Bavaria: multi-million dollar legal dispute over Spezi... 5 Baden-Württemberg: The state wants to arm itself... 6 Hesse: Opposition wants to file a lawsuit against... 7 Mecklenburg-Western Pomerania: Climate Foundation:... 8 In a truck: More than 40 dead migrants discovered... 9 Port is evacuated: Gas accident in Jordan claims a... 10 Saxony-Anhalt: Several injured in an accident on the... 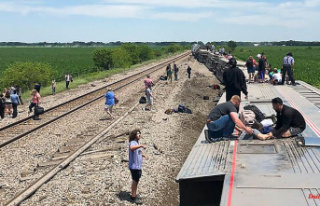 After a collision with a truck: a train with 200 passengers...