The escalation between Israel and militant Palestinians in the Gaza Strip, which has been ongoing since Friday, is expected to end this evening. 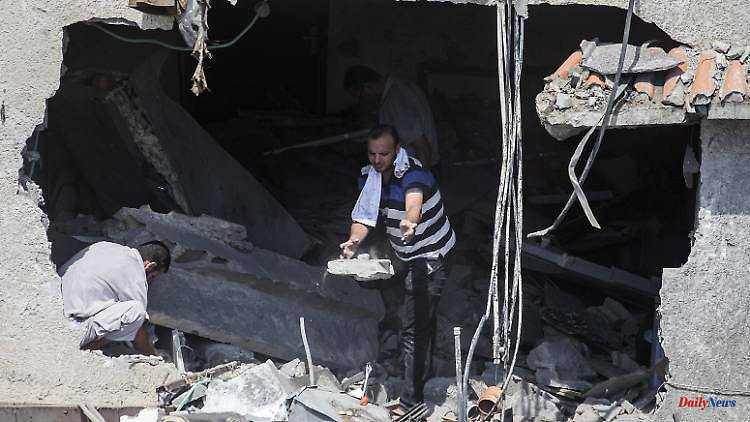 The escalation between Israel and militant Palestinians in the Gaza Strip, which has been ongoing since Friday, is expected to end this evening. Egypt's secret service says it has brokered a ceasefire. At another focal point, however, a new escalation threatens.

According to Egyptian security circles, Israel and militant Palestinians have agreed on a ceasefire after days of heavy fighting in the Gaza Strip. This should come into force on Sunday evening, a representative of the Egyptian security apparatus told the Reuters news agency. The Palestinian side said the ceasefire would begin at 8 p.m. local time.

At first, spokesmen for the Israeli government and Islamic Jihad did not confirm the information. It was only said that they were in contact with Cairo. Egyptian mediators had proposed a ceasefire.

Since Friday, Islamic Jihad has primarily aimed rockets at southern Israel. Israel launched air strikes on targets in Gaza. According to Palestinian sources, around 30 people were killed, including six children. At least a third of the dead are civilians. 203 people were injured on Friday and Saturday. According to information from the rescue service, there were no reports of seriously injured people in Israel.

These are the most serious clashes in over a year. They follow an Israeli special operation against Islamic Jihad in Gaza on Friday, which Israel said killed Tayseer al-Jaabari, a top commander. According to Palestinian sources, several civilians also died.

Militant Palestinians recently fired rockets in the direction of Jerusalem. There were no reports of casualties or damage there. However, the new and more distant target showed the escalation on the third day of mutual attacks. Chaled Mansur, a second senior commander of the militant Islamic Jihad, was killed in an Israeli airstrike in the south of the Gaza Strip on Sunday night.

Sirens wailed in several communities about five kilometers west of Jerusalem on Sunday morning. An Israeli military spokesman said the missiles were intercepted in mid-air. Islamic Jihad said the organization had launched rocket attacks on Jerusalem in retaliation for the killing of Mansur, its commander in southern Gaza.

The jihad then swore revenge: "The blood of the martyrs will not be wasted, and the holy warriors will not let that blood dry until they have bombarded the enemy's settlements with their rockets."

An escalation also threatened in Jerusalem. There, Jews broke long-established regulations and worshiped on the grounds of Al-Aqsa Mosque, where Jewish shrines once stood. Videos circulating on the internet showed the police stepping in to stop the believers. Palestinians protested against the Jewish prayers on mosque grounds. The mosque sits atop one of the most controversial holy sites in the Middle East. The Jews refer to it as the Temple Mount. It is the third holiest site for Muslims after Mecca and Medina.

Only Muslim services are allowed on the mosque grounds, Jews are not allowed to pray there. Some did it anyway to commemorate Tisha B'Aw, the day of mourning for ancient temples. The two on the site of Al-Aqsa Mosque were already destroyed in ancient times.

1 Independence pays off: How a village defies the energy... 2 Another setback for the Saxons: Stuttgart tripped... 3 Bavaria: Police clear the terminal at Munich Airport 4 Baden-Württemberg: Two goals in the last few minutes:... 5 Mecklenburg-West Pomerania: 30th Seebrückenfest in... 6 Hamas' "little brother" has fewer weapons... 7 "Surprise that all the sperm in the chimeras... 8 After the federal party conference: Haldenwang: "Extremist... 9 Duchess Kate: When she sails she really shines 10 Foot: Ligue 1 starts strong, Lille impresses 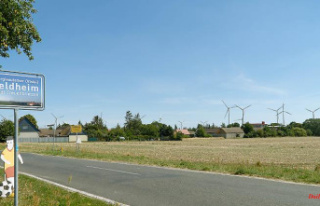 Independence pays off: How a village defies the energy...