After legal tug of war: Fiji hands over Russian yacht to USA 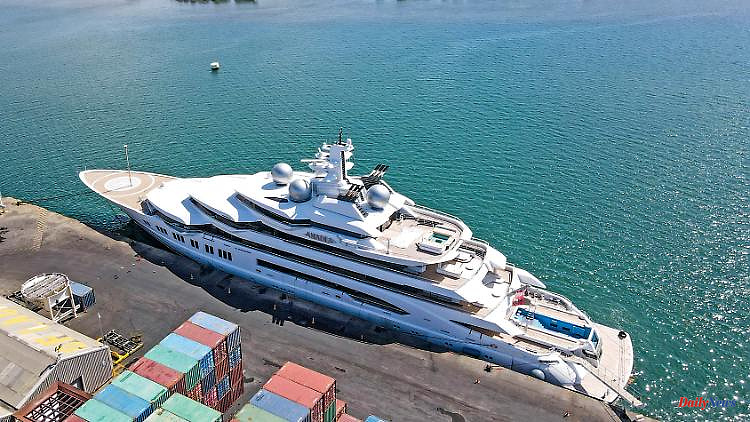 In mid-April, FBI agents seized a $300 million South Pacific yacht believed to belong to a sanctions-listed Russian billionaire. After a legal battle, the Fiji Supreme Court now authorizes the handover to the United States.

In the dispute over the Russian super yacht "Amadea", which was arrested in the island state of Fiji in the South Pacific, a court has ruled that it can be handed over to the US authorities and transferred. The country's Supreme Court declared a corresponding application by the USA to be valid. The court thus lifted an injunction against the confiscation. It's the end of a long legal battle. The yacht left the harbor shortly after the verdict. It is likely that US authorities did not want to risk further legal action further delaying the ship's departure.

According to US data, the $300 million yacht can be attributed to Russian billionaire Suleiman Kerimov, who is on the EU and US sanctions list. The yacht was seized by FBI agents after it arrived in Lautoka port in mid-April. The US justified the seizure with possible "violations of US law, money laundering and conspiracy".

A spokesman for the US Department of Justice had previously told the Australian ABC: "The ship will be brought to the United States and moored in a port appropriate to the size of the ship." Assistant Attorney General Lisa Monaco said the department "kept an eye on any yacht that was bought with dirty money."

The Supreme Court's decision shows that Fiji is meeting its international obligations, prosecutors said. Presiding Judge Kamal Kumar added to his decision that the evidence means the lawyers' chances of an appeal are slim. If the superyacht remained in Lautoko port, it would cost the island nation's government dearly. It is irrelevant that the US authorities wanted to reimburse Fiji for all costs incurred. The "Amadea" "entered Fiji's waters without a permit in order to evade prosecution by the United States with a high degree of probability," the judge continued.

The "Amadea" was built in Germany and is 106 meters long. According to the website superyachtfan.com, the "Amadea" is equipped with a helipad, pool, jacuzzi and winter garden.

1 Val de Marne. In Vincennes, a building is partially... 2 Together! According to two polls, the leader of the... 3 Crooks, crypto chaos, rise: SG Wattenscheid 09 rises... 4 At the French Open: Demi Moore turtles with star chef 5 Without a bend, with a greeting?: These standards... 6 Company. Contraception: The pill is in decline among... 7 Bavaria: Dead in a fire in an apartment building 8 Bavaria: fire in an apartment building: 89-year-old... 9 Haute-Provence. 300 liters soda poured on the Saint-Auban... 10 Saxony-Anhalt: fire at the recycling center in Halle:... 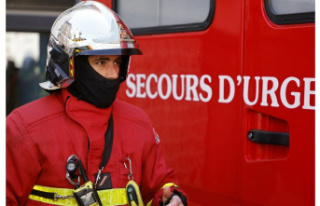 Val de Marne. In Vincennes, a building is partially...