Sahra Wagenknecht's speech not only caused criticism from other parties, it was also rumbling on the left. 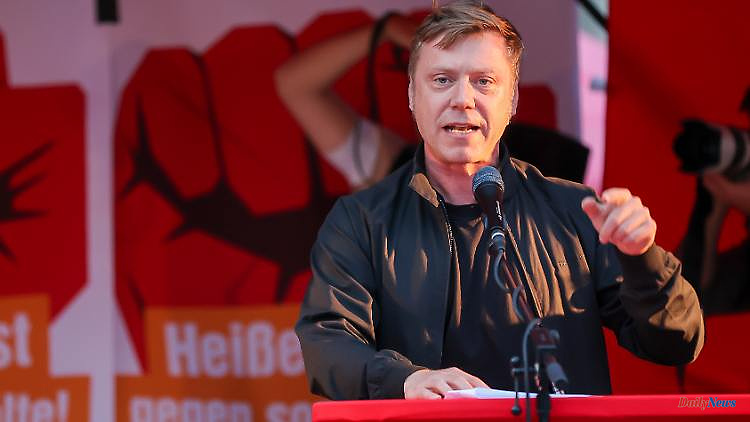 Sahra Wagenknecht's speech not only caused criticism from other parties, it was also rumbling on the left. Several parties left. Linke boss Schirdewan then explains that such speeches should not be repeated. Individual deputies would damage the party.

After the fuss about a speech by Bundestag member Sahra Wagenknecht and party resignations, Linke leader Martin Schirdewan takes responsibility for the parliamentary group leadership. Ulrich Schneider, general manager of the Paritätischer Gesamtverband, justified his resignation with Wagenknecht's speech, among other things.

"The resignation of Schneider and others is very painful and shows that the disregard for democratic decisions by individual MPs when appearing on behalf of the parliamentary group is causing massive damage to our party," Schirdewan told the newspapers of the Funke media group. "It's the task of the parliamentary group leadership to ensure that something like this doesn't happen again." The faction is led by Dietmar Bartsch and Amira Mohamed Ali.

During an appearance in the Bundestag last week, the former parliamentary group leader Wagenknecht accused the federal government of "starting an unprecedented economic war against our most important energy supplier" with regard to Russia. She called for economic sanctions to be lifted. Schirdewan and co-party leader Janine Wissler distanced themselves, and several members of the Bundestag criticized Wagenknecht. At the beginning of the week, Schneider announced his resignation from the party and criticized the fact that the left-wing faction had let Wagenknecht on the podium and what they then - "you should have known" - launched was too much.

Financial expert Fabio De Masi also announced his departure on Tuesday. He no longer wanted to be held responsible for the blatant failure of the key players in this party," De Masi wrote on Twitter.

1 'What they fear most': Ukraine plans new... 2 Turning point reached?: US government sees new momentum... 3 Ukraine talk at Maischberger: "It's worth... 4 'Just tip of the iceberg': US: Kremlin spent... 5 Conservative legend: Clinton special counsel Kenneth... 6 The day of the war at a glance: Ukraine reports 300... 7 Georgia's ambassador to ntv.de: "We have... 8 "Deception and focus": Will Kyiv launch... 9 Church leader scourges Moscow: Pope calls Ukraine... 10 Europe could send tanks: Why the "Leopard"... 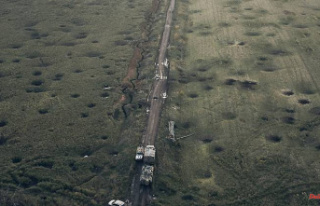 'What they fear most': Ukraine plans new...