In the Gaza Strip, Palestinians fire another rocket at southern Israel after a long lull. 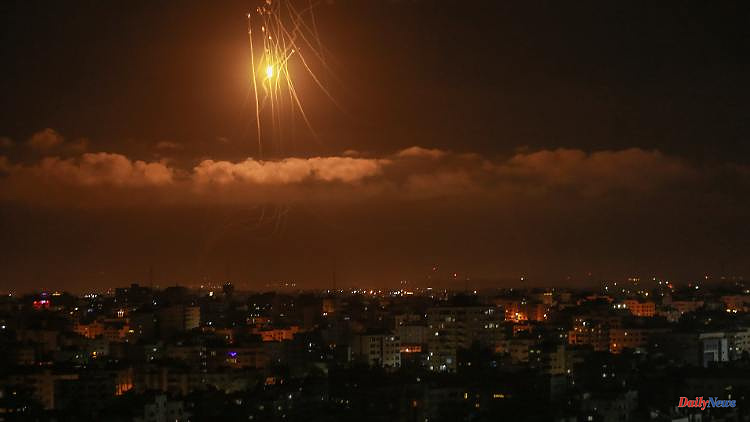 In the Gaza Strip, Palestinians fire another rocket at southern Israel after a long lull. The Israeli military fires back at Hamas targets. Peace talks have been on hold for years. An upcoming visit from Joe Biden could change that.

After months of relative calm, Palestinian militants fired a rocket into southern Israel on Saturday, according to Israeli military sources. The Israeli air force then attacked Hamas targets in the Gaza Strip.

There were initially no reports of possible victims there or in Israel. The rocket was fired by Hamas at the southern Israeli city of Ashkelon, the Israeli military said. But it was intercepted by the anti-missile defense system. The military branch of Hamas could not immediately be reached for comment.

Things have been relatively quiet on the border between the Gaza Strip and Israel since the 11-day war between the two sides in May 2021. In contrast, violence in the Israeli-occupied West Bank has increased in recent months. According to the military, Israeli soldiers killed three armed Palestinians in the city of Jenin on Friday.

Raids by the Israeli military in the area have been intensified after several street attacks by Palestinian militants in Israel. US-brokered peace talks aimed at establishing a Palestinian state in East Jerusalem, the West Bank and the Gaza Strip broke down in 2014.

There are currently no signs of her revival. US President Joe Biden is expected to meet Israeli and Palestinian leaders during a visit to the region in July.

1 "FryTheRice" for 2024: Trump's revenge... 2 Palermo's Cosa Nostra: The mafia is back in politics 3 Revelations about Putin buddies: Navalny team shows... 4 Explosion and shots in Kabul: Two injured after attack... 5 general a D. Lahl in an interview: "The tank... 6 Chancellor off duty: Merkel: "Now I'm free" 7 Hit by Danish missiles: Ukraine reports sinking of... 8 For the first time in corporate history: Apple employees... 9 "No relevant damage": FDP opens new debate... 10 From sweet potatoes to dividends: things that are... 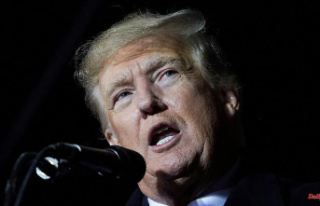