After solidarity with protests: Iran apparently prevents the family of ex-Bayern professional Daei from leaving the country 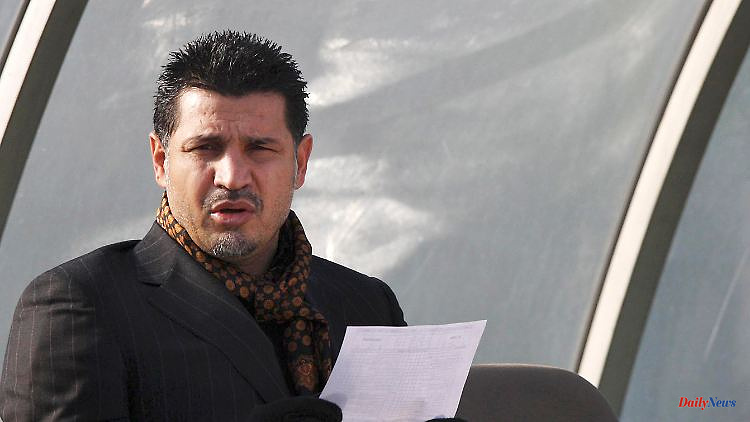 Iranian football legend Ali Daei shows solidarity with the protest movement in Iran. Since then, the mullahs' regime has been harassing him and closing his shops. Now it hits the family of the former Bayern professional: A flight with his wife and daughter on board is diverted. However, they are not arrested.

The wife and daughter of Iranian soccer legend Ali Daei may have been refused entry after public support for anti-government protests. According to the state news agency IRNA, a plane from Tehran to Dubai (United Arab Emirates) with both on board was diverted to the Iranian island of Kish, where Daei's relatives had to disembark the plane.

Citing legal sources, IRNA said Daei's wife had pledged to inform the relevant authorities of her decision before leaving the country, after "being associated with anti-Islamic revolution and insurgent groups and calling for strikes ".

Former Bundesliga professional Daei (Bayern, Hertha, Bielefeld) said he received threats after supporting protests sparked by Mahsa Amini's death. "My daughter and my wife were taken off the plane, but they weren't arrested," the 53-year-old was quoted as saying by IRNA: "If they had been banned from leaving the country, the passport police system would have had to report this: nobody gave me one Answered to that. I really don't know what the reason is." He is now trying to organize a return for his family to Tehran. According to Daei, the two only wanted to travel to Dubai for a few days, according to the 53-year-old.

On September 27, the former soccer player, along with other celebrities, called on the government on social media to "solve the problems of the Iranian people instead of using repression, violence and arrests." In October, his passport was confiscated when he returned from abroad, Daei told the AFP news agency. A few days later he got it back. He later said he did not travel to the World Cup in Qatar because of the Iranian authorities' crackdown on the protests.

In early December, Daei's jewelry store and restaurant in Tehran were sealed off. Local media reported that the closure was ordered because of "collaborating with anti-revolutionary groups in cyberspace to disrupt the peace and business in the market".

Iran has been rocked by violent protests for months. They were triggered by the death of the young Kurd Mahsa Amini on September 16. The 22-year-old died after being arrested by the vice squad because of an improperly worn headscarf. According to Iranian sources, more than 200 people were killed in the protests. International human rights organizations assume more than 450 dead. Thousands of people were arrested.

1 High-scoring Boxing Day: Klopp celebrates victory... 2 "Tatort" from Munich: Murder in the fine... 3 Are you addicted to paycheck? Tips to Get out of this... 4 Fear of rockets on New Year: Selenskyj: Nine million... 5 "Have you ever seen WWM?": Doctor Jauch... 6 Lukashenko's critic: prison sentence for Belarusian... 7 Mullah regime blocks Internet: Musk: Almost 100 Starlink... 8 Shortly after death of travel companion: Russian politician... 9 60 percent are in the red: In 2023, large hospital... 10 "Ask your doctor or ...": Lauterbach for... 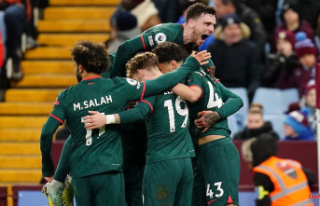