A few weeks ago, the US Supreme Court overturned the nationwide right to abortion. 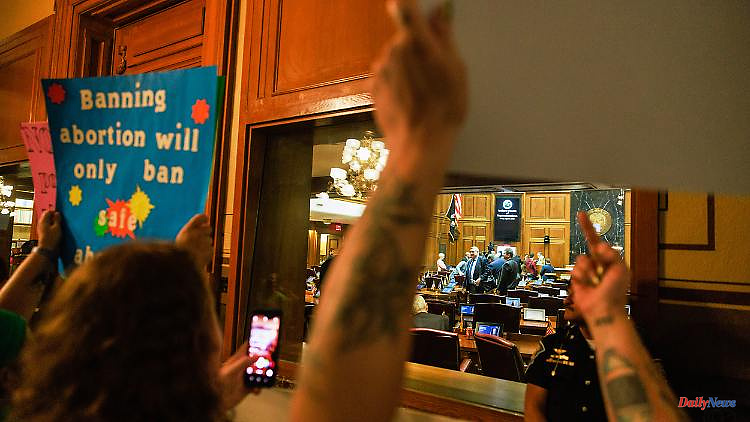 A few weeks ago, the US Supreme Court overturned the nationwide right to abortion. Indiana is the first US state to restrict the law massively. The White House describes this as a "devastating move".

Indiana became the first US state to enact comprehensive restrictions on access to abortion since the US Supreme Court's landmark ruling. Republican Gov. Eric Holcomb signed the law passed by both Houses of Parliament in the Midwestern United States on Friday evening (local time).

White House press secretary Karine Jean-Pierre called it a "devastating move" following the Supreme Court's "extreme decision." Once the law goes into effect on September 15, Indiana, home to around 6.7 million people, will only be able to have an abortion after rape, incest, a fatal fetal malformation, or if the pregnant woman is at risk of death or serious health problems.

Prior to Indiana, several US states had passed so-called trigger laws banning abortion, pending a Supreme Court ruling, which took effect immediately after the ruling. In Indiana, however, there was no such law, the state had previously had a comparatively liberal abortion law. Abortions were permitted up to the 22nd week.

Alexis McGill Johnson, chair of Planned Parenthood, which campaigns for abortion rights, called the law "cruel" and "devastating". US President Joe Biden's spokeswoman, Jean-Pierre, called on the US Congress to "promptly" introduce legislation that would restore the rights for women that existed prior to the Supreme Court's landmark decision.

On June 24, the Supreme Court overturned the 1973 landmark "Roe v. Wade" ruling that enshrined a nationwide fundamental right to abortion. The decision caused a political earthquake and is considered a historical turning point. Since there is no federal law on abortion, states have since been able to largely or completely ban abortion. 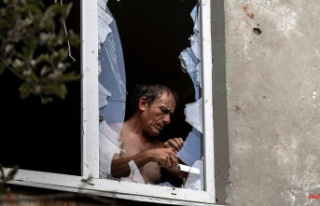 The day of the war at a glance: Ukrainians fend off...