After the "Reichsbürger" raid: Pistorius calls for a cultural change in the police force

After the "Reichsbürger" raid, not even Bavaria's Minister of the Interior, Herrmann, defended the security authorities, from whose ranks some of those arrested came. 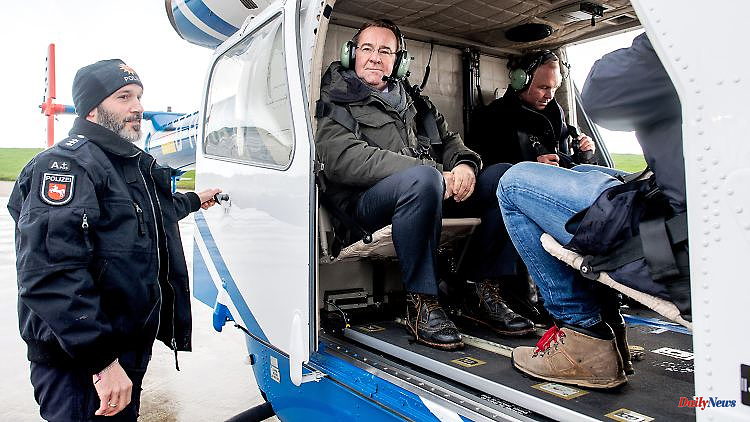 After the "Reichsbürger" raid, not even Bavaria's Minister of the Interior, Herrmann, defended the security authorities, from whose ranks some of those arrested came. His Lower Saxony colleague Pistorius demands a more open approach within the police to manipulation attempts by extremists.

After the large-scale raid against those involved in a conspiracy from the "Reichsbürger" scene, attention turned to extremist tendencies in the security authorities and the Bundeswehr. The fact that there were also former Bundeswehr soldiers and police officers among those arrested did not surprise him, said the Bavarian Minister of the Interior, Joachim Herrmann, on radio station Bayern 2. His colleague in Lower Saxony, Boris Pistorius, called for a culture change in the police force.

On Wednesday, the police and the Federal Public Prosecutor took action nationwide against a suspected terror network of "Reich citizens" who are said to have planned a violent overthrow. 25 people were arrested; more than 50 are listed as suspects. Among other things, an active soldier and reservist is being investigated. A former police officer is said to be among those arrested.

It is known that the Reich Citizens' Movement advertises specifically in the security sector, said Bavaria's Interior Minister Herrmann. "We have already removed Bavarian police officers who were identified as supporters of the Reich citizen ideology from the service." It is also important that "every authority, every district court, every tax office, every district office, but also every citizen" reports when he becomes aware of Reich citizen activities, Herrmann warned.

Lower Saxony's Interior Minister Pistorius also told the radio station NDR that rights and supporters of the "Reich Citizens" sought contact with people who work in authorities or the police in order to manipulate them. This must be communicated openly within the police force.

The association of Bundeswehr reservists warned against general reservations about members of security authorities and armed forces. "There is no structural extremism problem among the reservists or active soldiers in the Bundeswehr," said association head Patrick Sensburg of the "Rheinische Post". A general suspicion is completely inappropriate.

However, the raid showed two things, Sensburg said: First, a "much more consistent crackdown" was needed against people like a retired Bundeswehr colonel, who was among those arrested. He was known for his attitudes, and criminal proceedings were underway against him - "and yet he continues to walk around the country in uniform and spread his crude theories and this with full pension payments," criticized the president of the Association of Reservists in the German Armed Forces. This cannot be.

"Secondly, we need more awareness-raising measures in the robust units of the Bundeswehr, police and other security agencies," Sensburg demanded. "The members of the Bundeswehr's special forces command and of the police's special task forces have a tough job, are heavily armed and rightly see themselves as the elite. But that can lead to them taking off and believing they are something better than the usual rules."

The parliamentary manager of the left-wing faction, Jan Korte, explained that "the danger of armed and well-trained right-wing extremist police officers and soldiers and their plans for a coup" have been "known for many years". Nevertheless, the extent of the conspiracy that has now been revealed is "terrifying.

"We therefore expect a full explanation," explained Korte. "In order for society to be able to discuss the consequences on a broad basis, the Federal Minister of the Interior must inform the Bundestag in detail and promptly about the threat to democracy posed by networks of Reich citizens and other right-wing extremists." 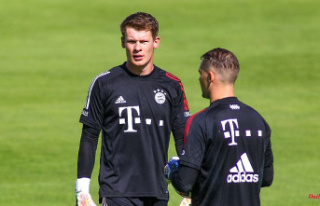 Return campaign is an option: is Neuer's bad...