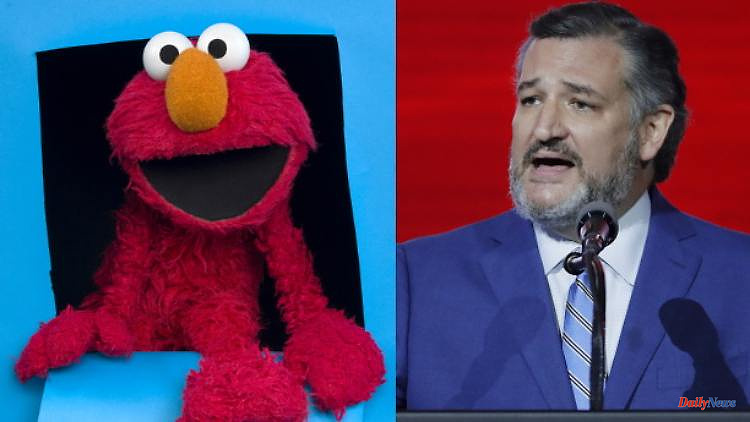 Republicans like Ted Cruz don't stop at children's shows like "Sesame Street" to defend their political beliefs. When "Elmo" advertises corona vaccinations for children, the Texas Senator's collar bursts. It's not the first time a fictional character has been tackled.

US politician Ted Cruz - known as a hardliner of the Republican Party - criticized a post on "Sesame Street" on corona vaccinations on Twitter. The TV show had advertised the vaccination of children on Tuesday. A tweet from the character "Elmo", a doll with red fur, said: "Elmo got his corona vaccination today, as did Elmo's mom and dad. Elmo's dad had many questions, but Elmo's doctor said the vaccination helped helping to keep Elmo healthy - just like all of Elmo's friends and family."

Texas Senator Cruz then wrote, "Thank you Sesame Street for allowing parents to ask questions. And then you let Elmo aggressively promote vaccination for under-five year olds. But bring no scientific evidence to support it." Cruz's post was picked up by many media outlets and Twitter users. According to the Washington Post, this isn't the first time the conservative politician has taken on a Sesame Street doll. Last year he criticized the character Bibo - a large, yellow bird - when he received his vaccination.

In mid-June, the US health authority CDC advocated the use of coronavirus vaccines in children between the ages of six months and five years. US President Joe Biden called the decision a "huge step forward in our country's fight against the virus." This is a day of relief for parents in the country.

The vaccinations were approved after "extensive scientific review" and are "safe and effective," stressed the President on June 21. If parents have any questions, they should discuss them with their doctor. Biden also called for the vaccinations not to be used politically. "This is no time for politics. It's about parents being able to do whatever they can to protect their children," Biden said. Immediately before, Biden had visited a vaccination center for children in the capital Washington.

1 Staff is also missing in Canada: Air Canada is canceling... 2 Despite Ukrainian refugees: the number of unemployed... 3 Interest rate turnaround by the ECB: is the next euro... 4 Bahrain-Victorious affected: doping raid before the... 5 Spaniard can't believe it: point penalty seals... 6 "Have sold over 50 percent": Uli Hoeneß... 7 After allegations of bullying against Meghan: Buckingham... 8 Family 'very concerned': Travis Barker's... 9 Ethical pitfall: insurance companies pay for trisomy... 10 Near giant black hole: disinfectant discovered in... 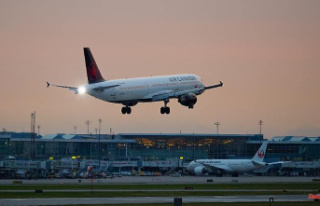 Staff is also missing in Canada: Air Canada is canceling...