All data on the election in Italy: Europe fears a shift to the right in Rome

Setting the political course in southern Europe: on the last Sunday in September, the parliamentary elections in Italy will not only be about the balance of power in Rome. 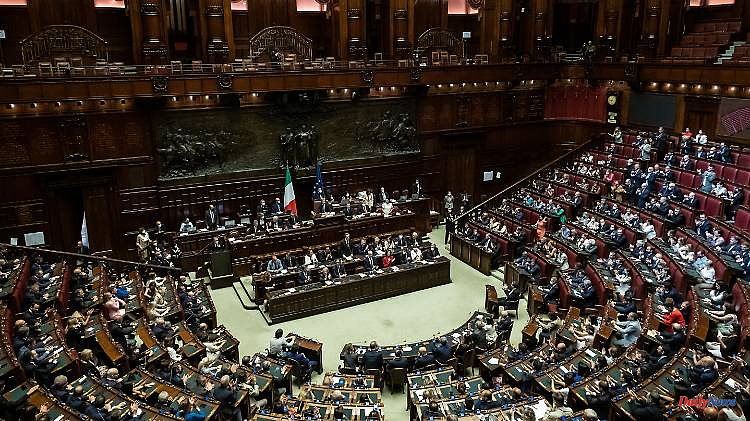 Setting the political course in southern Europe: on the last Sunday in September, the parliamentary elections in Italy will not only be about the balance of power in Rome. Polls indicate a clear outcome of the election. Will Berlusconi, Salvini and Melonis win right-wing "brothers of Italy"?

Big election day in Italy: Parliamentary elections are due to be held in the third largest economic power in the European Union following the resignation of Prime Minister Mario Draghi. The vote on September 25 not only decides on the balance of power and majority in the Roman parliament. The leader of the Italian Social Democrats and former Prime Minister Enrico Letta described the election as the most important in the history of his country. Italy could move to the right politically.

"There will be no draw, either EU Europe wins or that of nationalism," Letta told party committees in Rome. "The choice is between us and Meloni," he added, referring to Italian far-right leader Giorgia Meloni. Letta, who was head of government for almost ten months between 2013 and 2014, is running in the election as the top candidate for the Italian Social Democrats. Polls saw Letta's party, the Social Democrats (PD), at just under 23 percent at the end of July. At the beginning of autumn, Letta's Partito Democratico was only 20 percent.

In Italy, there are many indications of an imminent shift to the right - with potentially significant consequences for European foreign and security policy: 100 years after the fascists under Benito Mussolini seized power, the far-right Fratelli d'Italia ("Brothers of Italy") around party leader Meloni can do well Calculate the chances of taking over the government in the fall. In the polls, Meloni's post-fascist Fratelli d'Italia were clearly ahead with 27 percent.

A possible election winner is thus emerging: right-of-centre talks are already underway about a government alliance. If, after the election, the Fratelli forms an alliance with the right-wing Lega Matteo Salvini and former Prime Minister Silvio Berlusconi's conservative Forza Italia (FI), then this alliance would probably be by far the strongest force in parliament.

The reason for the early elections in Italy was the resignation of Prime Minister Mario Draghi in July. The former head of the ECB decided to take this step after three parties in his grand coalition refused to vote in confidence. Draghi threw in the towel, now Italy has to choose.

"If it serves the cause, I'll take on the role of front runner," announced Letta with a view to the election date. However, the prospects for a centre-left alliance are poor. Letta has already ruled out any renewed cooperation with the populist Five Star Movement. The stars had played a crucial role in Draghi's downfall. They won the 2018 general election with almost 33 percent of the vote.

The stars currently rank around 12 percent in polls. The party is deeply divided: Countless deputies and senators left the movement after internal quarrels and declared their withdrawal from the party. From September 2019 until the formation of the Draghi government in early 2021, the PD ruled in a coalition of two with the stars.

The early elections in autumn could help a prominent heavyweight back onto the political stage: Around nine years after being expelled from the Senate for tax fraud, Italy's long-serving Prime Minister Silvio Berlusconi is hoping for a return to parliament. "I think that in the end I will run as a candidate for the Senate so that all the people who asked me to be happy at last," the 85-year-old billionaire media mogul told Italian radio Rai.

Berlusconi is probably not entirely innocent in Draghi's withdrawal. His conservative Forza Italia also refused to support the prime minister in the failed vote of confidence in July. Exactly what the aging media mogul is up to now is unclear: Berlusconi has denied reports that he is worried about the possibility that Meloni could become prime minister. He referred to an agreement between the right-wing parties, according to which the group with the most votes provides the prime minister.

Shortly before the election date, references to money flows from Russia caused the right-wing camp to explain itself. Less than two weeks before the election, the heads of the two parties, the Brothers of Italy and Lega, were forced to protest that they had not accepted any payments from the government in Moscow. The mere suspicion that there could be Russian sources of funding for party financing caused quite a stir in Italy.

"Before September 25, Italian voters have the right to know whether the parties listed on the ballot papers were funded by Putin," tweeted Letta, leader of the center-left PD party, citing fears of Russian presidential interference Wladimir Putin. A representative of the US government had previously told journalists, citing intelligence information, that Russia had paid at least $300 million to parties in around two dozen countries since 2014. Italy was not mentioned in this context.

Among other things, the money went to right-wing parties in order to manipulate democracies from within. "We believe this is just the tip of the iceberg and we are working with allies and other partners to gather more information about this threat," the US administration official said.

In Italy, where the brothers of Italy, together with the Lega and Forza Italia, have so far been able to count on a comfortable majority in the elections, the hints from Washington triggered reactions, some of them vehement. However, neither the names nor the recipient countries of the alleged Russian money payments appear in the intelligence report.

The head of the Italian brothers, Giorgia Meloni, who, according to the polls, could well become the future head of government, rejected the suspicion of ever having received money from Moscow. She threatened a newspaper with a lawsuit because of the suspicions. "They should present evidence. Since they can't do that, I'm afraid a trial will be inevitable," she told Radio 24.

"I have never asked for or received money, rubles, euros, dinars or dollars from Russia," said Lega boss Matteo Salvini on RTL 102.5. Despite years of investigation, nothing was ever found. Salvini once described Putin as "the best living statesman".

Italy's incumbent Prime Minister Mario Draghi declared a week before the election date that he did not assume that Russia had paid any money to Italian parties. He spoke to US Secretary of State Antony Blinken on the phone, Draghi emphasized. "He confirmed to me that no political forces from Italy are on the list of those who received Russian funds." Draghi added that Italy's secret services had not received any information from the US that candidates or parties in the current election campaign were being paid by Russia. "We must continue to have faith and not be frightened by any voices," said Draghi. "Our democracy is strong and cannot be defeated by foreign enemies." 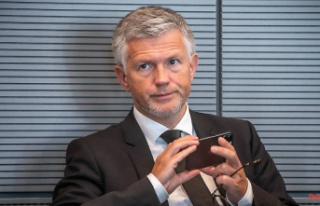 Only "breather" for regime: Melnyk: Peace...