"All forces on the street": Brasilia security chief dismissed after Congress storm

Because of the riots in Brasília, the governor of the federal district has, in his own words, sent all security forces onto the street to arrest those responsible. 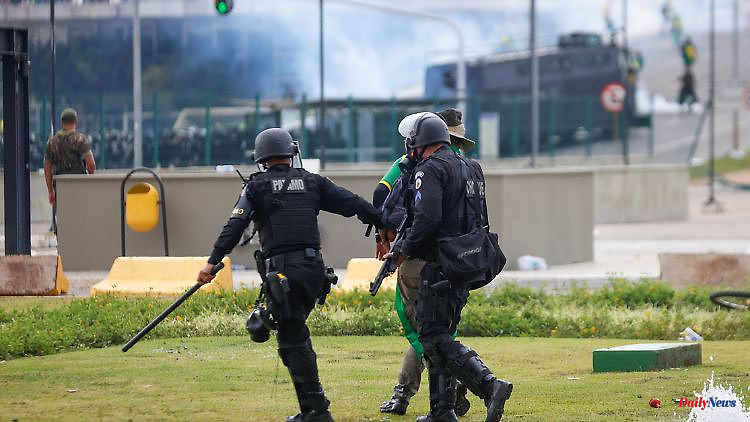 Because of the riots in Brasília, the governor of the federal district has, in his own words, sent all security forces onto the street to arrest those responsible. At the same time, he dismissed the head of security. This is said to be a close Bolsonaro confidant.

After the attack on government buildings by radical supporters of former Brazilian President Jair Bolsonaro, the head of security in the capital Brasília, Anderson Torres, has been fired. "I have decided to dismiss the Minister of Security of the Federal District and at the same time have sent all security forces into the streets to arrest and punish those responsible," Federal District Governor Ibaneis Rocha wrote on Twitter. "I am in Brasília to observe the demonstrations and to take all measures to curb the anti-democratic riots in the government district."

Screaming demonstrators armed with sticks surrounded a police officer from a cavalry squadron and pushed him from his horse during the riots. Images circulated on social media suggesting the attackers, dressed in yellow and green, had looted the courthouse. The Supreme Court later said the security forces had regained control of the building. Some demonstrators were arrested in the parking garage. Bolsonaro has not yet issued a statement.

Angry supporters of ex-President Bolsonaro, who was voted out, had stormed Congress, the Supreme Court and the Palácio do Planalto seat of government. TV showed them tearing down roadblocks and pushing back the few police officers. Although the officers used pepper spray and stun grenades, they were unable to stop the attackers.

The sacked Torres is considered a supporter of Bolsonaro, whom he previously served as justice minister. Right-wing President Bolsonaro lost to left-wing politician Lula in the runoff last October and left office at the turn of the year. He never explicitly acknowledged his defeat. Even after the election, radical supporters of the ex-military had repeatedly protested against Lula's victory and called on the country's armed forces to stage a military coup. 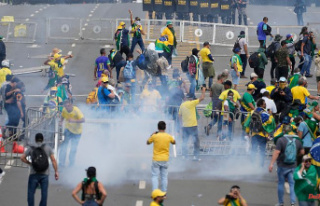