"All goals will be achieved": Shoigu justifies standstill of Kremlin troops 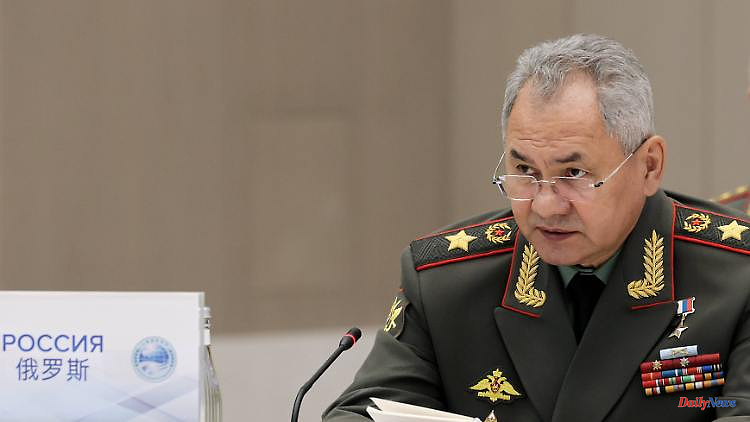 Six months ago, Russia invaded Ukraine. Defense Minister Shoigu explains the slow advance of the Kremlin troops out of consideration for the Ukrainian civilian population. But it doesn't seem to be going all that smoothly either. A car bomb kills a governor appointed by Moscow.

Six months after Russia's war of aggression against Ukraine began, Moscow's Defense Minister Sergei Shoigu has justified the slow advance of Russian troops. Ukraine has rejected the peace plan for the Donbass areas, Shoigu told defense ministers of the Shanghai Cooperation Organization at a meeting in the Uzbek capital, Tashkent, according to the Interfax agency. "Kyiv, which refused to fulfill the Minsk agreements, posed a real threat to the people of Donbass and, in the future, to the Russian Federation," he said.

Russia started the war on February 24 - partly on the grounds that it wanted to "demilitarize" Ukraine. According to Moscow, the "military operation," as the war in Russia is officially called, is going according to plan. "All goals will be achieved," confirmed Shoigu. While international observers attest the Russian troops' sluggish progress, Russia's defense minister stressed that the pace of the attacks had been deliberately slowed down to avoid civilian casualties.

"Blows are carried out with high-precision weapons on objects of military infrastructure of the Armed Forces of Ukraine," he said. However, human rights activists and other independent experts have repeatedly documented brutal crimes, including those against civilians, in recent months and have often blamed Russia for them. Meanwhile, Shoigu has once again raised serious allegations against Western states that are providing military support to the attacked Ukraine. "The United States and its allies continue to pump weapons into Ukraine, increasing casualties and prolonging the conflict," he said.

Ukraine has repeatedly asked for weapons in recent months in order to be able to retake its own territories occupied by Russia. Ukrainian President Volodymyr Zelenskyy declared on the country's Independence Day, which coincided with the date six months after the start of the war, that Kyiv would fight until all areas were under its control again.

According to local authorities, the leader deployed by Russia was killed in a car bomb in the Ukrainian city of Mykhailivka. Ivan Sushko was seriously injured in the explosion of a bomb attached to his car and later died in hospital, one of the administrators of the Zaporizhia region, in which the city is located, writes on Telegram. The region in southern Ukraine is controlled by Russia. 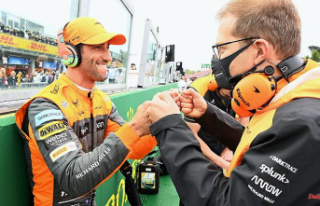