After the liberation of the city of Kherson, Ukrainian troops head for the Kinburn Peninsula on the east bank of the Dnipro. 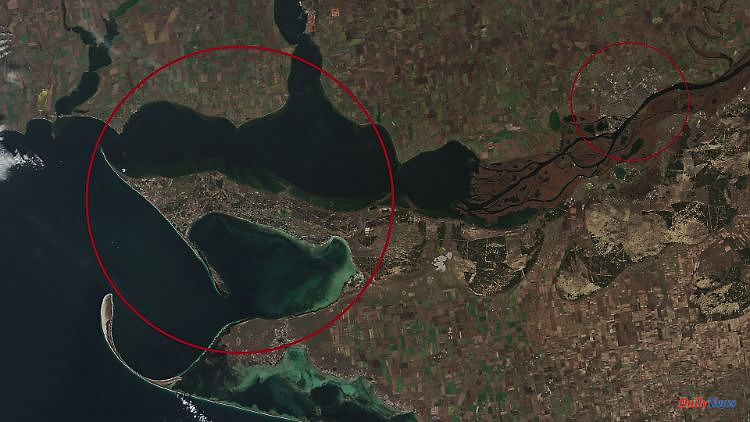 After the liberation of the city of Kherson, Ukrainian troops head for the Kinburn Peninsula on the east bank of the Dnipro. Some military experts consider the advance to the other side of the Dnipro bank to be a ruse. They expect a major attack by Ukraine further to the north-east.

According to the Ukrainian army, it continues to conduct military operations on the Kinburn Peninsula, southwest of the city of Kherson. This was confirmed by Natalie Humeniuk, spokeswoman for the Southern Operations Command, in a radio broadcast, as reported by the Ukrajinska Pravda portal. The spit is so narrow that no large concentrations of troops are possible there. Replenishment is not that easy to organize, said Humeniuk. However, the weather – there is currently a strong wind – would play into the hands of the Ukraine. "As soon as the results are available, we will report them," added Humeniuk. "Right now, this military operation is going on quietly."

The approximately five-kilometer-long Kinburn Spit is located on the western tip of the peninsula of the same name in southern Ukraine, at the mouth of the Dnipro River into the Black Sea. Because of its rich flora and fauna, the dune-covered area was very popular with tourists before the war. Russian troops had conquered the narrow headland right at the beginning of the spring invasion. By controlling the Kinburn Peninsula, they were able to effectively blockade the ports of Kherson and Mykolaiv: the shipping lanes in the area of ​​​​the Dnipro estuary are within range of Russian guns. Since the surrender of Kherson, Moscow's formations have dug in on the east bank of the Dnipro, with the Kinburn Spit forming the left flank of the Russian defensive positions.

Humeniuk announced last week that the Kinburn Peninsula is now "a zone of active military operations." In addition, the Ukrainian Ministry of Defense published a widely acclaimed video that is said to show Ukrainian soldiers in rubber boats crossing the Dnipro. Russian war bloggers later reported that Ukrainian units landed on the peninsula, but that Kremlin troops then won the battle. It remained unclear whether the Ukrainian attacks were isolated commando actions in the enemy rear or the start of a larger offensive.

A successful push across the Dnieper would pose a serious problem for Russian forces in Ukraine: if the Ukrainians managed to gain a foothold on the peninsula, Russian troops on the Dnieper would be threatened on the flank. Theoretically, Ukrainian formations could then simply bypass the hastily erected Russian fortifications on the Dnipro. Even a direct attack in the direction of Crimea would then be conceivable.

The general staff in Kyiv is still reticent about the possible targets of the battles. With the attacks, is Ukraine creating the conditions for a major landing operation to free the eastern bank of the Dnipro from Russian units as well? Experts have so far considered this unlikely. The French General Jérôme Pellistrandi, for example, considers the Kinburn Spit unsuitable for large troop movements.

The terrain on the narrow strip between the Black Sea and the mouth of the Dnipro is also unfavorable for stationing heavy artillery. "It's interesting for special forces operations, for small groups that strike with amphibious guerrilla tactics," Pellistrandi told El País newspaper. In addition, there are the difficulties in supplying such an advanced position in an isolated location: In his view, the Ukrainians are still far from being able to deploy a sufficiently large fleet of landing craft to ensure sufficient supplies for larger contingents of troops.

The German Brigadier General Christian Freuding came to a similar conclusion. "Even all the engineering and amphibious capabilities that NATO has would not be sufficient to build a bridge," said the head of the Ukraine special staff in the Ministry of Defense in a Bundeswehr video.

Observers therefore consider it more likely that the Ukrainian operations on the Spit represent a diversionary maneuver. Mike Martin, a researcher in the war studies department at London's King's College, speculates that Kyiv is hoping for a withdrawal of Russian troops from the north-eastern Zaporizhia region in order to then launch an attack towards Crimea. Finnish defense analyst Robin Häggblom takes a similar view. He concludes that Ukrainian forces will try to open a new front in the Zaporizhia region without moving their own artillery away from the eastern bank of the Dnipro.

The true thrust of the next major Ukrainian offensive would then be aimed at the stage town of Melitopol. The Russian military planners are threatened with the next adversity: The supply lines for the Russian forces on the Dnipro run through the region around Melitopol. And since the explosion on the Crimean bridge near Kerch, the land route in the Russian-occupied south of Ukraine is also of the utmost strategic importance for the defense of Crimea. 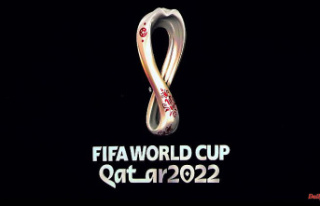