Thanks to a 100-year-old contract, Russia is allowed to mine coal on Svalbard. 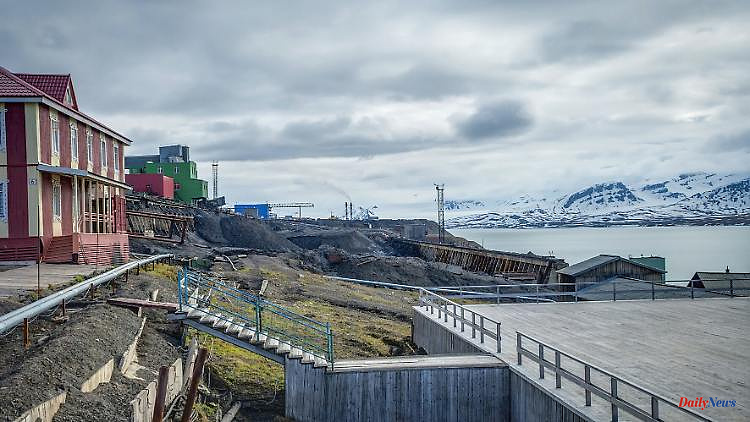 Thanks to a 100-year-old contract, Russia is allowed to mine coal on Svalbard. However, the few people who live there have to be cared for from the mainland. Moscow accuses Norway of a blockade, but the port is still open.

Really not many people live in Barentsburg. At the end of 2020, the miners' settlement on the Norwegian island of Spitsbergen was home to just 455 people. Coal used to be mined there, but today the former workers' settlement lives off tourism. Most of those who live there are of Russian or Ukrainian origin. Even though Spitsbergen is part of Norway, the municipality has been in Soviet and later Russian ownership since the early 1930s. The Russian state-owned company Arktikugol still mines a bit of coal there.

And now Barentsburg becomes a case for diplomats. The dispute was triggered by a Russian truck delivery of food that should have been shipped to Svalbard. The goods should actually be transported via the Norwegian-Russian border crossing Storskog in the direction of Tromsø, the Russian agency Tass reported. But to the Kremlin's annoyance, the delivery was blocked on Tuesday. "We demand that the Norwegian side solve the problem as soon as possible," the Russian Foreign Ministry said on Wednesday. Moscow also indicated that "unfriendly actions against Russia will inevitably lead to appropriate retaliatory measures."

The Russian foreign politician Konstantin Kosachev refers to the Spitsbergen Treaty, which was signed in Paris in 1920. This means that the island is part of Norwegian sovereign territory. But all signatories are not only allowed to mine coal there, but also to fish, hunt and transport goods back and forth. Kosachev sees the last point of the agreement violated. He accuses the Norwegian authorities of "immoral" behavior in allegedly trying to leave Russian miners without food. He is supported by another member of the Russian Federation Council. Andrei Klischas even goes a step further and questions Norway's sovereignty over Svalbard.

Oslo denied the allegations. "The cargo, which was stopped at the Norwegian-Russian border, was stopped on the basis of the sanctions prohibiting Russian road transport companies from transporting goods on Norwegian territory," Norwegian Foreign Minister Anniken Huitfeldt told Reuters. The country is not a member of the European Union, but supports the sanctions.

"Norway is not trying to prevent deliveries to Barentsburg," said the Foreign Minister. She also suggested a solution. Because instead of first driving the goods overland to Norway and then shipping them later, Russia can also send the deliveries directly from Russian sovereign territory, for example by ship or by air.

For international law expert Øystein Jensen, the Russian allegations are fundamentally unfounded. "The Svalbard Treaty does not apply to the border crossing at Storskog. This matter cannot really be taken seriously," he told Norway's Barents Observer. He sees this as a political maneuver. "Norwegian sovereignty is the most important point in the agreement. And sovereignty also applies to states that are not part of the treaty, based on customary law," added the professor at the Fridtjof Nansen Institute in Lysaker. "I guess the comments fit with everything coming out of Russia these days."

Meanwhile, Moscow has already summoned the Norwegian ambassador. In addition, there was a massive hacker attack on numerous private and government facilities in the NATO state on Wednesday. According to estimates by the Norwegian security agency NSM, a criminal pro-Russian group was behind the attacks - the hackers had provided their announcement with a manipulated picture of the foreign minister. The same hacker group that previously carried out cyber attacks on Lithuania has confessed to Reuters.

Because there is a similar problem there. Moscow accuses Lithuania of blockading its Kaliningrad enclave. Lithuania, on the other hand, claims to have only implemented EU sanctions and banned the transport of war-related products such as building materials and metals through its territory. According to media reports, after the Kremlin reacted with threatening gestures, the EU Commission intends to present a solution in the next few days. 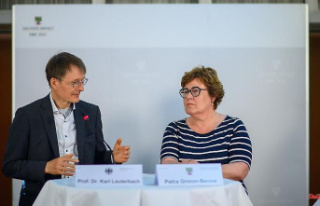 Before the summer break: countries are pushing for...