Alliance strategy against Beijing: "China is reluctant to pursue NATO moves together"

At the Madrid summit, NATO decides on a new strategy concept. 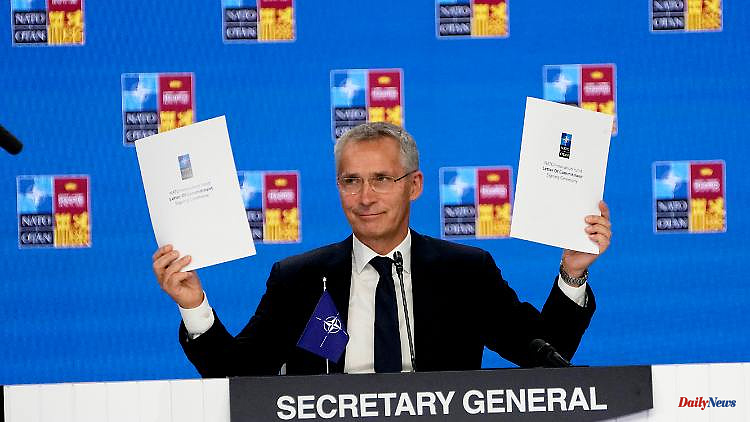 At the Madrid summit, NATO decides on a new strategy concept. Because of the attack on Ukraine, Russia is mentioned in the paper as the greatest threat, but China also appears. China expert Nadine Godehardt from the German Institute for International and Security Affairs (SWP) explains why and what bothers Beijing about the alliance.

ntv.de: Is it surprising that China is mentioned in NATO's strategic concept this time?

Nadine Godehardt: The fact that China should be named in the paper has been indicated since China was mentioned as a security challenge in the London Declaration of 2019 and especially against the background of the Ukraine war, so this is not necessarily surprising. The main discussion was how China should appear in the document - whether as a systemic challenge or as a systemic rival. Ultimately, NATO opted for a softer formulation: the systemic challenge. Not to position oneself, but to be able to mention China for the first time in this strategic concept paper with the agreement of all NATO members. From a NATO perspective, China is a challenge, especially when it comes to disinformation and cyberattacks. But Beijing's ability to create strategic dependencies in non-military areas has also resulted in the country now appearing in NATO's new strategic concept.

Why is a transatlantic alliance even concerned with China?

That is the question China is asking itself. The criticism from Beijing has emphasized exactly that. Not only was China mentioned as a threat alongside Russia, but also countries from Asia were invited to this summit along with New Zealand, Japan, South Korea and Australia. Ultimately, from the Chinese point of view, this indicates that NATO has expanded its geographical understanding: beyond the North Atlantic region to Asia. From NATO's point of view, on the other hand, China has already moved much closer to the alliance, for example through its actions in the Arctic.

How does China fundamentally view NATO?

Especially against the background of the war in Ukraine, China has always been very critical of NATO. When Beijing spoke about the cause of the war in Ukraine, it also referred to US-led NATO as a warmonger. From China's point of view, the alliance is a symbol of US supremacy, especially in Europe. Thus, Beijing does not perceive the European Union and its member states within NATO as sovereign actors, but rather strongly promotes the idea of ​​bloc formation.

Even if there is a similar line of argument from the Kremlin, the foreign policy adviser to the Federal Chancellor, Jens Plötner, recently warned against lumping China and Russia together. Does he have a point there?

The NATO paper also shows that there is no either/or here. In some areas, China and Russia need to be thought of together. In others, a very strong distinction should be made between the two countries. When it comes to the question of the importance of relations with China for Germany and Europe, then this either/or question is too complex. The block logic doesn't help here. Also because relations with China are much more complicated than those with Russia.

Another concern was that the NATO paper would push China further into Russian arms.

I think China expected NATO's positioning. This is also shown by the reactions: there is loud outrage from Beijing that China is being described as a systemic challenge. But from the Chinese point of view, a "self-fulfilling prophecy" is being fulfilled here. Beijing sees its assumptions confirmed that NATO is dominated by the USA and that it is a military alliance and not a defense alliance. It's one word against the other. Of course, China itself is partly to blame for being caught up in this rivalry with NATO and the US.

Latvia's President Egil Levits warned that a Russian victory in Ukraine could serve as a model for China and its own ambitions in the Indo-Pacific region. Can that be compared?

It is important that this possibility is always taken into account. Of course, one has to keep an eye on what China is planning with Taiwan and in the South China Sea. But that is exactly what is happening with the NATO document. Actually, at the beginning of the war, it was expected that China would derive geopolitical advantages from the Ukraine war. But that hasn't happened so far. On the other hand, what is becoming apparent is that the USA and its European partners are pulling themselves together and taking a clear position. In Beijing, this is viewed with great reluctance. I don't want to say that this will deter China, but it clearly shows that cooperation within the West is possible again. And that's exactly what Beijing can limit when it comes to options with Taiwan and in the South China Sea - even if these are two very different scenarios compared to Ukraine.

At the weekend, the G7 summit took place at the same time as the virtual meeting of the BRICS countries. Both strive for the states of the Global South and the rest of the world's population. How can this be evaluated?

Block thinking is not helpful here either. The identical states were also invited to both summits. Many countries, including those from the Global South, attended both meetings and signed both declarations. This clarifies what was already evident in the UN vote on the Ukraine war and the Russia sanctions: the majority of states do not want to decide between Russia and China or a US-led Western coalition. Many weigh the advantages of each side. And that is perhaps the difference from the old Cold War, that these actors not only have interests, but they also play a role. This was made clear by the two summits last weekend. From the European G7 perspective, if these states are to be included, this clearly means that a compromise must be found between values ​​and pragmatism.

Do you still expect a reaction from China to the NATO concept?

Not that much has changed for China. I'm not expecting a major reaction at the moment. What we are seeing now is taking place at the diplomatic level. Both sides accuse each other of their different interpretations. The fact that NATO mentioned China in its new strategic concept will not lead to Beijing suddenly providing military support to Russia in Ukraine, but Beijing's attitude will remain ambivalent at this point. Basically, both sides see their point of view confirmed. The difference is that the relationship between NATO and China is now fixed in black and white on paper. This happened before when the EU adopted its strategic paper on China three years ago and Beijing was described there as a systemic rival. Ultimately, it's just something that reflects the reality of relationships. And NATO's wording could have been much clearer. 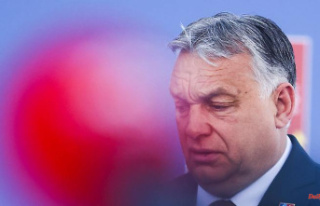