Russia has the most nuclear weapons in the world. 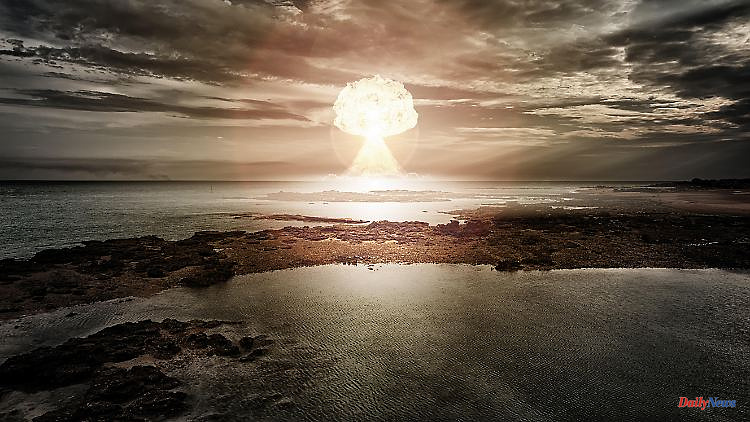 Russia has the most nuclear weapons in the world. In the Ukraine war, the Kremlin repeatedly threatened to use them. On the battlefield, Kremlin chief Putin would also harm his own people. And a worldwide escalation would be inevitable.

"Russia has the right to use nuclear weapons if necessary." This is what Dmitry Medvedev wrote to Telegram at the end of September. Russia's ex-president is now deputy chairman of the Russian Security Council.

In doing so, Medvedev has actually done what Russian President Vladimir Putin only hinted at in a television speech a week earlier. Putin indirectly threatened to use nuclear weapons. In the speech in which he also announced the partial mobilization. Putin said Russia will use all "available means" to protect its territory. This also includes the four areas in Ukraine annexed by Russia.

The political scientist Thomas Jäger describes the reason for the nuclear threat on ntv: "At the moment a situation has arisen in which Russia hardly has the possibility of winning the war conventionally and also of keeping the areas that it has occupied conventionally."

How bad would it really be if Russia used a nuclear weapon in the Ukraine war? As an example, let's take a ten-kiloton nuclear weapon. This is how big is Russia's smallest nuclear weapon. And that's about the size of the atomic bomb that the US dropped on Hiroshima in 1945.

If a warhead of this size were to be detonated in Kharkiv, the second largest city in Ukraine, around 25,000 people would die and 63,000 people would be injured, according to calculations by the nuclear bomb simulation "Nukemap". Depending on the wind direction, the fallout, the radioactive precipitation, could fall in a strip of 100 kilometers, as far as the Russian town of Karaichnoe in the Belgorod Oblast.

An air blast over Kharkiv, the more likely variant when cities are attacked with nuclear weapons, would result in more casualties, around 48,000 dead and 158,000 injured.

In both cases everything inside the fireball would have burned up. Within a certain radius, the city would be completely destroyed. The consequences of such a nuclear attack would be devastating, but also local.

In addition, the first hours after a nuclear strike are crucial. According to the Johns Hopkins Center for Health Security, the risk of exposure to radiation drops by 55 percent one hour after the explosion and by 80 percent after 24 hours.

"What nuclear weapons are good at is reducing cities to rubble and ash," says Moritz Kütt in the ntv podcast "Learned again". Kütt is a researcher at the Institute for Peace Research and Security Policy at the University of Hamburg. Using nuclear weapons militarily makes no sense, says Kütt. "It's really just an attempt at intimidation at the end of a war. It doesn't affect either the opposing forces or the opposing industry, but above all the opposing population."

The tactical nuclear weapons can be used on the battlefield for direct attacks, for example on military bases. Their range is not quite as great, it is up to 100 kilometers, depending on where they are fired from. "They can be dropped from airplanes as bombs, they are on short-range missiles, they can be dropped from ships in submarine warfare as depth charges. There are torpedoes, there are cruise missiles and there are mines," says Moritz Kütt, describing the various tactical weapons .

The tactical weapons are as big as normal bombs, says Kütt. Among other things, they can have a cylindrical shape, with a length of one to two meters and a diameter of 30 to 40 centimeters. "It doesn't need a truck to take them anywhere." The expert suspects that Moscow would probably use these nuclear weapons in the war.

The problem is that if Russia were to detonate such nuclear weapons during the war, it would not only affect Ukraine. The Russian army would also be endangered, and the inhabitants of the annexed areas in Ukraine could also be harmed. And if the radioactive dust moves across the border, so will the Russian civilian population. "In Ukraine, the wind often blows from west to east. If there were a nuclear fallout, it would tend towards Russia and Russian troops," explains Kütt in the podcast.

Should Russia detonate a nuclear weapon, there would hardly be any signs of it beforehand, says Moritz Kütt. The Russians would have to transport their warheads to the delivery systems. "The Russian tactical nuclear weapons are all in separate storage facilities and are mounted on delivery systems or taken to the airfield where the planes are parked."

But since these can also be very small and fit on a truck, we would not see a large convoy moving through the country. As in the spring, when a kilometer-long military convoy moved towards the Ukrainian capital of Kyiv. "It may be that the Russians secretly manage to extract a nuclear weapon from their storage facility and then use it."

If the warnings from the secret services arrived in time, ideally we would have up to four days to prepare for the nuclear attack. That's how long it takes to get a tactical nuclear weapon from the central storage facility to the aircraft, missile or cruise missile, explains Moritz Kütt.

But the actual launch is lightning fast: "Let's assume it's a nuclear weapon on a short-range missile. Then the time is a few minutes." This also applies to a bomb dropped from an airplane. "It's not the case now that you can say: Okay, we're clearing eastern Ukraine now, that's absolutely impossible, even if we had warnings."

Also, the strategic missiles that can fly from the US to Russia or vice versa would only fly about half an hour. "There's not really time to get to safety or to change much."

The Western secret services have not yet noticed that Russia is preparing its nuclear weapons. There had been reports that a Russian military train with nuclear weapons was on its way to Ukraine. However, the train is said to be only in contact with the main directorate of the Russian Ministry of Defense, which is also responsible for the provision of nuclear weapons.

It is unclear how best to react to a Russian attack. If the US or NATO fire back with nuclear weapons, Europe, Russia and the US would very likely be destroyed. Moritz Kütt simulated this together with other scientists. In the nuclear war, 34 million people would die instantly and there would be over 57 million injured.

So a nuclear response to a Russian nuclear attack would be the wrong way to go. "There has been a taboo on using these weapons since Hiroshima and Nagasaki," explains Kütt in the podcast. "It would then be broken and then you would have to try to restore it as quickly as possible." Then the states are asked to condemn it.

A nuclear attack would also have direct consequences for the Kremlin chief in his own country. "The Russian government cannot keep such a nuclear attack on Ukraine a secret from the Russian people. People would notice. And then the question is how far the population's approval of Putin's war will fall."

Hans Kristensen, the director of the Nuclear Information Project, sees the "Standard" as another possible reaction to a Russian nuclear strike. For him it is likely that the West will react with total economic isolation, with massive cyber attacks - or that NATO will send troops to Ukraine.

However, so far NATO wants to avoid being drawn into the Ukraine war. Then the war could escalate beyond the borders of Ukraine. 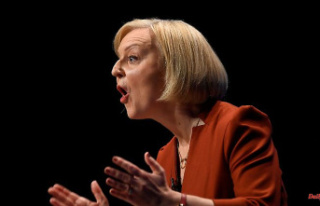