Boris Johnson is trying out to resolve the implications of the Brexit deal he signed. 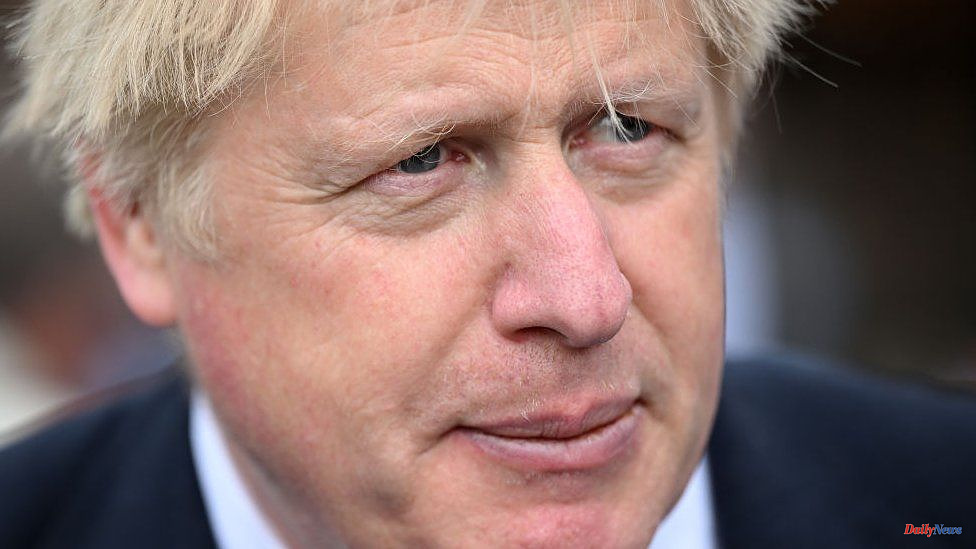 Boris Johnson is trying out to resolve the implications of the Brexit deal he signed.

These consequences, known as the protocol, include checking stuff on its way from England, Scotland, and Wales to Northern Ireland, and no fully devolved government at Stormont.

What is he trying achieve?

It can be described as four-dimensional diplomacy. It is at the very least.

These are the moving parts.

The Democratic Unionist Party is against the protocol as they view it as separating Northern Ireland from the rest. They will not return to Stormont's power-sharing government unless the protocol changes.

According to the European Union, "Look, Boris Johnson signed this international agreement, don't attempt to undo it now."

The White House and Washington political opinion, many of whom are against the idea that the UK would tear down the Protocol.

There are many views in Westminster, ranging from those who see Brussels as a bargain to those who fear it might be counterproductive to those who think otherwise.

You can be sure that there is lively internal debate about how to handle situations when people within government refer to others as "knuckleheads".

Expect the prime minister to speak today in an emollient tone. In the lengthy article he wrote for the Belfast Telegraph, we already get a taste of this.

The prime minister said that this is not about scrapping protocol. It's about wanting to make it work as he sees.

The fine print in this document is not only Article 16, which allows one side to suspend the protocol but also Article 13.8, which discusses changes to the protocol or its replacement.

This will be a common response to the UK's plans to legislate. It is operating within international law, not against it, will be the counter argument.

After the rush to Belfast by the prime minister, expect Liz Truss, the Foreign Secretary to outline on Tuesday the plan to create a new law.

It will, according to me, be a declaration of intent based on the first principles.

This is not a rush to the Statute Book that bangs out a new law for immediate implementation and enactment.

It is hoped that it will be a dual track strategy. Keep talking to the European Union but also have a backup plan.

We know that many in Brussels believe that the UK is trying renege upon an international agreement that it signed. They also think that it is acting in bad-faith and cannot be trusted.

Some ministers are annoyed that the EU continues to seek to punish the UK because of Brexit.

How is it possible that Brussels has been so open-minded and flexible in welcoming people from outside the EU, fleeing Ukraine, one senior figure told me. Yet they are so rigid about a trivial border on the Island of Ireland.

However, the EU insists that the UK signed this agreement freely and should accept it.

Some in Westminster have hoped that the next few days, including the visit of the prime minister today and the speech by the foreign secretary tomorrow, might be enough for the DUP's acceptance to nominate a Stormont Speaker.

This means that politicians are now being paid to actually do some work.

They wouldn't be able to inspect a functioning Executive. It remains in caretaker mode.

This would be just the first step.

It would, however, be one that showed some momentum.

This is the route map that follows.

The European Union continues to hold talks with Northern Ireland, with a particular focus on ensuring that stuff crossing the Irish Sea which is not for Northern Ireland is moved without delay. It is what some call a "green lane".

Washington is still in talks. Don't be surprised to see another minister visit soon. This will allow us to keep proving to Washington's often skeptical ear that the UK behaves reasonably.

The legislative process starts at Westminster, but it is not in a hurry.

The focus then shifts to the one question: What will the Democratic Unionist Party do next?

Some fear that they will find an objection to the protocol and use it as an excuse not to go into government with a Sinn Fein first Minister.

The DUP has a variety of instincts on this subject. They are waiting to see if any action is forthcoming, and not just words.

They claim they won their Stormont seats on a clear mandate to follow the protocol.

Northern Ireland's lawmakers have six months to reach a deal on full devolution after a February law change.

The clock has already begun to tick. The secretary of Northern Ireland has a 12-week window to call another election after the six-month period.

At some point, the DUP will have to decide whether they are willing to accept any changes the UK makes to the protocol.

What credit will they receive for standing up to the protocol's principles?

What criticism will they receive for preventing fully devolved government from returning?

Remember, despite all the international diplomacy and noise, the core of all this is the way Northern Ireland is run every day.

Northern Ireland, where, to take just one example, NHS is under greater strain than any other part of the UK.

As things stand, there's a caretaker executive unable to do very much, and a bunch of newly elected politicians being paid by taxpayers to do very little.

It could take a while to get from this point to a fully functioning devolved government for Northern Ireland, or an agreement on the protocol that both Britain and the EU are happy with.

Correction 29 June: An earlier version referred to Article 8 rather than Article 13.8 in this story.

1 Scottish police officers intervene in a pay dispute 2 Police saw "mortal threat": African American... 3 Andre Santini is targeted by allegations of "sexual... 4 Mama Maria's Wimbledon coup: The most disgusting... 5 One for all: You're allowed to be in a bad mood 6 North Rhine-Westphalia: Unknown attacked the gas station... 7 Baden-Württemberg: Bikers seriously injured during... 8 Bavaria: Breakneck escape over the roofs of Nuremberg 9 Bavaria: Fatal accident: 65-year-old dies in a collision 10 North Rhine-Westphalia: Motorcyclist dies after an... 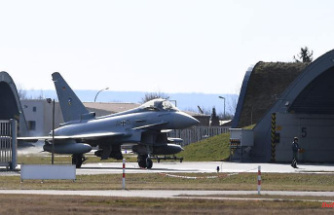 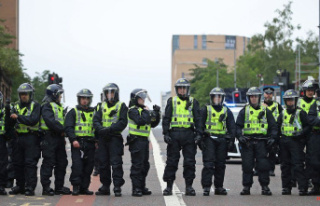