Annexation plans as a turning point: Estonia wants to talk about tank deliveries

With hastily held sham referendums, Moscow wants to incorporate the pseudo-republics of Luhansk and Donetsk. 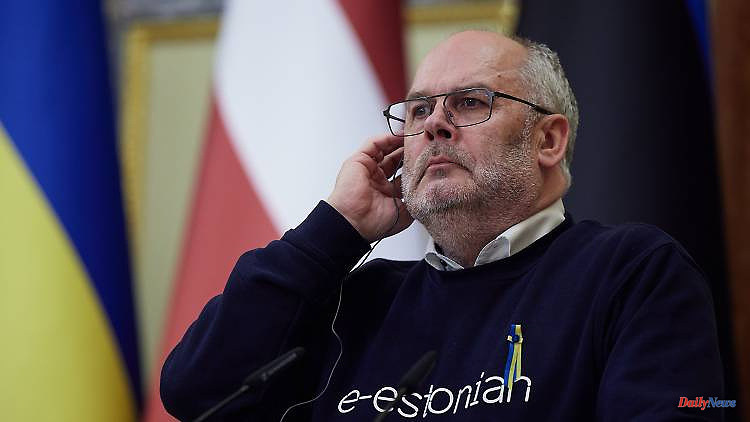 With hastily held sham referendums, Moscow wants to incorporate the pseudo-republics of Luhansk and Donetsk. Estonia sees the escalation step as a starting point for a change in the West - and demands the delivery of battle tanks to Kyiv.

In the event of a large-scale annexation of Ukrainian territories by Russia, the Estonian President believes a debate about further deliveries of heavy weapons such as battle tanks is necessary. An attempted incorporation of the "People's Republics" of Luhansk and Donetsk in eastern Ukraine and the Kherson region "probably also changes the situation in Europe and the understanding of what we should do," said Head of State Alar Karis. He stressed that Ukraine wanted tanks. There must also be further EU sanctions against Moscow. When asked about Germany's role in the conflict, which was often criticized as hesitant, Karis said: "I think we can all do much, much more."

Luhansk and Donetsk in eastern Ukraine and the Cherson region in the south had previously announced that they wanted to have a vote on joining the Russian Federation. The regions announced this in the early afternoon. The votes should therefore be held from September 23rd to 27th. Similarly, in 2014, Russia annexed Ukraine's Black Sea peninsula of Crimea.

Ukraine has also demanded main battle tanks and armored personnel carriers from Western countries such as Germany, which troops could use in advances and liberating areas, and which are built for direct combat use. Infantry fighting vehicles are used to transport soldiers as safely as possible to the combat area and to support them in battle. So far, no NATO country has delivered western-style main battle tanks. Chancellor Olaf Scholz repeatedly emphasized that Germany would not go it alone on this issue.

The illegal annexation of the occupied territories threatens a serious escalation of the war in Ukraine. The annexation of Luhank, Donetsk, parts of Cherson or Zaporizhia would give Moscow justification for further military action - the Kremlin could claim to be defending its own territory against Ukrainian forces. In 2014, Russia had already annexed the Ukrainian peninsula of Crimea. This was preceded by a sham referendum criticized by Kyiv and the West.

1 The mourning period is not over: this is how the royals... 2 Alexa, Siri and more: majority of users prefer female... 3 Berlin out of the top 10: These are the smartest cities... 4 After the death of a young woman: three dead in protests... 5 The day of the war at a glance: Kremlin pushes referendums... 6 "Grant approval immediately": Union calls... 7 Dow Jones closes in the red: The nervousness of stockbrokers... 8 Honor for his life's work: Pop legend Elton John... 9 Mecklenburg-Western Pomerania: Kick-off to citizens'... 10 Hesse: Skyliners get Lithuania's basketball professional... 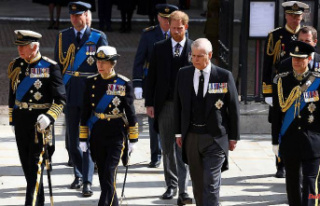 The mourning period is not over: this is how the royals...