Announce, but do not deliver: Merz assumes that Scholz is deliberately slowing down Ukraine

CDU leader Merz follows up against Chancellor Scholz: He is deliberately delaying the delivery of weapons to Ukraine. 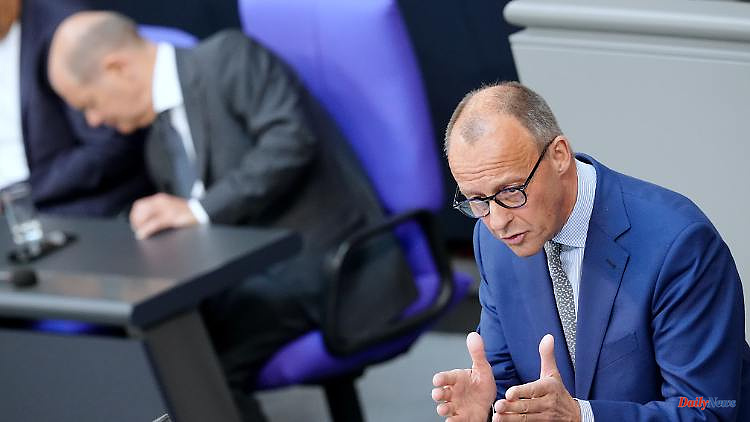 CDU leader Merz follows up against Chancellor Scholz: He is deliberately delaying the delivery of weapons to Ukraine. The weapons that have been promised for a long time have not yet arrived in the war zone, but Scholz is already announcing new weapons. "People die every day" in Ukraine, according to Merz.

CDU leader Friedrich Merz has accused the federal government of deliberately holding back on equipping Ukraine with weapons in the defensive fight against Russia. "Germany is not delivering and Germany is delaying and people are dying every day, in large numbers," said the opposition leader on ZDF's "Morgenmagazin". "If all states had behaved like Germany, the Russian army would have already taken Kyiv."

For weeks, Chancellor Olaf Scholz has been accused of being too hesitant about delivering arms to Ukraine. The federal government has already provided Ukraine with large-scale anti-tank weapons, anti-aircraft missiles and machine guns as well as around 15 million rounds of ammunition - but no heavy weapons yet. Self-propelled howitzers and anti-aircraft vehicles of the Gepard type have been promised, but have not yet arrived in Ukraine.

On Wednesday in the Bundestag, Scholz made three new promises: Ukraine should get four multiple rocket launchers, a modern air defense system and a modern tracking radar. Here, too, Merz is skeptical: "He has made promises again, but Germany is not delivering and Germany is delayed," said the CDU leader. 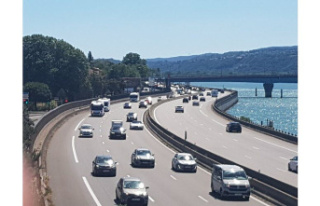 Drome. Traffic on the A7 will be challenging during...