Dodgy dinner guests bring Donald Trump into explanations: The ex-president, who wants to go back to the White House, denies having known a right-wing extremist at his table. 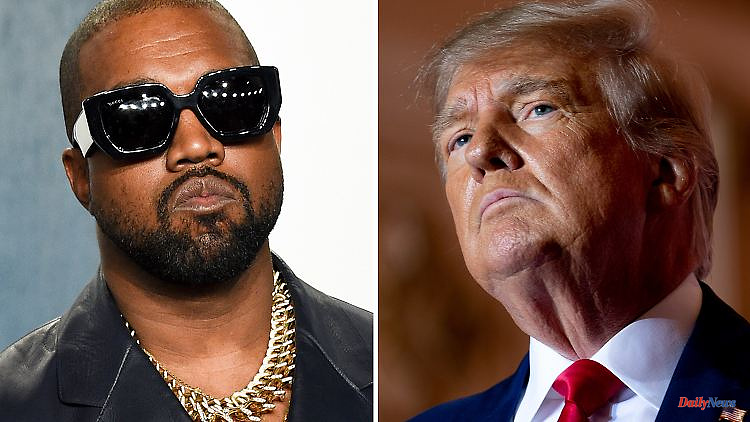 Dodgy dinner guests bring Donald Trump into explanations: The ex-president, who wants to go back to the White House, denies having known a right-wing extremist at his table. And rapper Kanye West, he praises, did not make any anti-Semitic remarks while eating. In turn, he claims there was a scandal when he made an offer to Trump.

Former US President Donald Trump has justified himself for a dinner with rapper Kanye West, which far-right nationalist Nick Fuentes is said to have attended. He didn't know Fuentes, Trump wrote on the Truth Social platform he co-founded. The dinner at Trump's Mar-a-Lago estate in the US state of Florida last Tuesday attracted public attention not only because of the guests: West claims in a video that he proposed Trump to be his in the next presidential election running as Vice President. Trump announced last week that he wanted to run again for the Republicans.

West, who now calls himself Ye, is said to have brought 24-year-old Fuentes to dinner. Both have a history of spreading anti-Semitic hate speech. In the video posted to Twitter, West claims Trump was "impressed" by Fuentes. Fuentes spreads anti-Semitic conspiracy theories and regularly makes racist comments. He opposes women's rights and agitates against the LGBTQI community. After platforms like YouTube, Facebook and Instagram blocked him, he expressed himself via Telegram, among other things.

Trump has not denied Fuente's participation in the meal, but has not explicitly confirmed it either. West called him about dinner, he wrote on Truth Social. "Shortly after, he unexpectedly showed up with three of his friends that I didn't know about." Other people were also present at the meal, Trump wrote.

The news portal "Axios", citing an unnamed source, wrote that Trump seemed "very impressed" at Fuentes' dinner. The two talked about the presidential election, among other things. "To be honest, I don't think the President knew who the hell (Fuentes) was," Axios quoted the source as saying. CNN also reported, citing an insider, that Fuentes was a guest of West and was not invited by Trump.

Referring to West, Trump wrote: "Anyway, we got along well, he expressed no anti-Semitism." Trump added, "Why wouldn't I agree to meet him?" Trump confirmed that West's plans for a presidential candidacy were also discussed at the meal. In 2020, the musician had already applied for the office - due to missed registration deadlines, however, he did not make it onto the ballot paper in most states and did not get more than 70,000 votes in total. He advised him not to run for president under any circumstances, Trump wrote. West, on the other hand, said in his video that he had suggested to Trump that the ex-president could run as his running mate in the 2024 election. Trump yelled at him at the table and made him understand that he thought West was going to lose, West said. The ex-president, on the other hand, described the dinner as "uneventful". 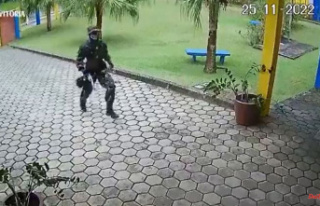