AP photographer recalls Capitol siege: "We have to be there"

WASHINGTON (AP), -- The U.S. Capitol was under siege. American. 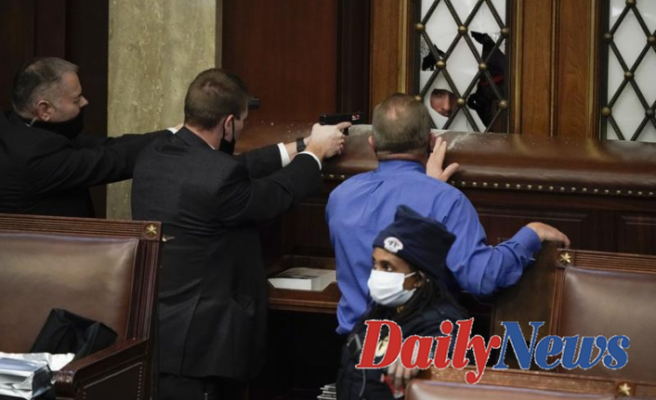 J. Scott Applewhite, an Associated Press photographer, was on Capitol Hill, Washington. He was there in the middle of all the action -- and was, in some ways, the eyes of the entire world. We still marvel at the images his camera captured.

He recalls certain moments that stood out for him, moments that he still processes as a photojournalist as well as as an American.

"The Capitol has been broken into!" shouted a Capitol Police officer to the lawmakers. Tear gas was found in the Rotunda. The officer advised that you take your escape hoods off and get ready to evacuate.

The main chamber of the House of Representatives was being robbed by glass. This is the door through which the President enters for the State of the Union speech. The police quickly intervened and grabbed some cabinets and benches to barricade the door.

The officers gave loud orders: Evacuate. Now. Stragglers were not tolerated by members of Congress, staffers, journalists and all other personnel.

However, the safety move was not made immediately. They didn't know what was behind the door.

The mob could be heard outside. The officers were focused in the chamber and their guns pointed. Also, I was trained with a zoom and telephoto zoom on the door.

I was certain I was exactly where I needed to be. I kept my focus on the reinforced door. Then, I saw an eye trying to see inside the reinforced door -- it was the face of a Trump-hatted rioter. He didn't see the guns that were inches away from his face.

I stayed steady and held that spot.

It was chaotic and uncertain when the Capitol breach was announced and evacuation started. Where should you evacuate? The mob was located on the opposite side of the doors.

The officers eventually announced that tear gas was being used in the Rotunda. All were told to remove the escape hoods from their seats. This was part of our preparedness for the aftermath of 9/11. I didn't have one because I had to be able to see how to use my camera.

Andy and I were on the balcony overlooking the House chamber. Andy was on the opposite side of Congress, where there were many police officers present. I was on the other side, along with around 30 photographers and reporters. All were eventually forced out by the officers.

Andy was probably one of the last. He stated that the last frame he took in the chamber was of him sitting in the House press gallery. Andy captured the terror on the faces of Congressmen as they fled for cover. Andy captured rioters being held by tactical officers outside the chamber while police raced them out.

My daily work at the Capitol is in Capitol, where I am familiar to many police officers. I refused to leave the chamber when they shouted at me to get up. This is how we do it: We stay and report.

The one who was more aggressive than the other officer in the protection division intervened. He is a special agent who protects the leadership. He shouted, "Scotty's okay!" These two words were all that was needed (that and the obvious because they had to deal with a mob at the other end of the door).

In plain clothes, the officer was Lt. Michael Byrd. He shot and killed Ashli Babbitt, a protester, as she tried to climb through a broken window on the Speaker's Lobby.

Reuters, AFP, and tty -- could not move about without being stopped by the Capitol Police or the mob. Each one of us did what we could.

If you like, the result was like a mosaic -- different views from photographers around Capitol that made up a more complete picture.

Although I have witnessed violence and upheavals in the past, including coups and revolutions while working abroad on conflict coverage, I am still stunned to see it happen here. It was Americans attacking America.

They failed to succeed, but the rioters did win. It was an hour filled with chaos, as an unchecked mob brought to a screeching halt one of the country’s most sacred ceremonies -- the peaceful transfer of power.

It is a thought that I often reflect on what would have happened if Pelosi hadn't called the Electoral College immediately. It might have seemed normal to postpone for a few more days, but it didn't happen. Most of the rioters managed to escape police. Donald Trump remained at the White House for another two weeks. Jan. 6 was the longest day in American history. Imagine how many more days it would have taken.

It's been a long time since I started this job. I have learned that some moments are difficult to look at, while others are easy to forget. Whatever the moment, the job of a photojournalist is to show people things they cannot see.

We must be there to do this. 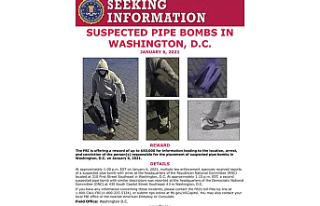