Appearance at the Kohl Foundation: Merkel pays tribute to Kohl - and warns of Putin

Despite the once tense relationship, former Chancellor Angela Merkel found words of praise for Helmut Kohl at an event organized by the Chancellor Foundation. 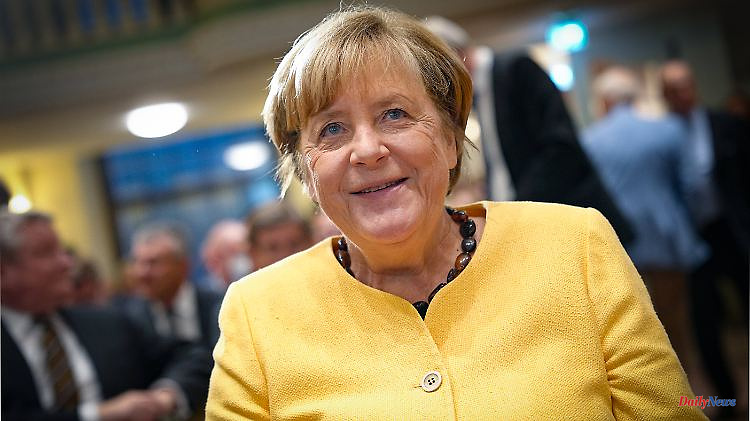 Despite the once tense relationship, former Chancellor Angela Merkel found words of praise for Helmut Kohl at an event organized by the Chancellor Foundation. 40 years after his election as chancellor, he embodies a policy that can also serve as a model today - in times of war.

When Angela Merkel was still chancellor, there was often a tense tension about appointments involving her predecessor: Helmut Kohl. The relationship had been too damaged since she, as Secretary General, asked her party in 1999 to break away from Kohl over the CDU donation scandal. On Tuesday evening, Merkel, who is now off duty, will speak in the French Friedrichstadtkirche on Berlin's Gendarmenmarkt - and things seem a lot easier there.

It is the first event of the Federal Chancellor Foundation set up in 2021 for Kohl, who died in 2017, which is also being pursued by an old dispute. Merkel rarely remembers Kohl personally. And also formulates lessons in times of war according to its principles. It should be a "final word" to which the 68-year-old goes on the small stage at the end of the program.

In a "greeting" beforehand, the CDU chairman Friedrich Merz recalled Kohl's formative role in German and European unification and praised him as a "great statesman". The reason for the event is Kohl's election as Chancellor in the Bundestag 40 years ago, on October 1, 1982, after the overthrow of the SPD incumbent Helmut Schmidt via a constructive vote of no confidence. And both Merz and Merkel focus on Chancellor Kohl in their speeches, the party donation affair remains unmentioned.

Merkel begins her "getting to know each other" with Kohl during the election campaign for the first all-German Bundestag in autumn 1990, when her life as a politician was only just beginning. "Almost everything was new to me, I had to learn a lot, and so I became a curious student of Helmut Kohl." She prepared meticulously for a number of possible political questions, but during the conversation in the Bonn Chancellery, Kohl basically only had one question for her: "How do you get on with other women? He just likes to call others by the first name," reports Merkel.

Then she said, puzzled, about girlfriends and her working group in the Academy of Sciences in the GDR, in which apart from the secretary there were only men. "And that I would have just as few and just as many problems and things in common with other women as with men." Apparently, this information was enough for Kohl, and the conversation ended quickly.

And: "Obviously it had encouraged him to propose me to the Federal President for appointment as future Federal Minister for Women and Youth." This shows that Kohl was essentially concerned with human and character traits. "He always differentiated personalities based on the question of whether they were only intelligent or also clever. And of course there were also people in his assessment that he considered neither intelligent nor clever," says Merkel.

Kohl was always curious about people and personally took care of illnesses - like on a visit to the Berlin Charité when she broke her leg in 1992. And Kohl tried to maintain a connection to normal life. "Anyone who didn't know the current milk price was considered aloof."

A second lesson for her and her further path can be summed up in a now legendary sentence by Kohl, reports Merkel: "What matters is what comes out at the end." In other words, in order to achieve goals, a sense of the right timing is crucial. "Not too late, but - sometimes this is underestimated - not too early to decide, that's what matters." Kohl knew that detours were also necessary, but never forgot the goal.

As an example, Merkel cites Kohl's after-dinner speech during the visit of East German head of state and party leader Erich Honecker in Bonn in 1987, which was "a great moment of political statesmanship": not hurtful in human terms, but unmistakable in its statement - the principled adherence to the goal of German unity in Germany agreement with the neighbors. She saw it on television and remembers it "with goosebumps," says Merkel. Two years later, the solution to the question was on the agenda of history, and Kohl "did not fritter away this happy moment."

"In view of today's war between Russia and Ukraine, we cannot be fortunate enough about the unbelievable constellation of world history that made this development possible for us in 1989/90," Merkel says. And then comes to the big crisis, which is now demanding your successor Olaf Scholz. She thinks Kohl would do "everything to protect and restore Ukraine's sovereignty and integrity," says Merkel.

At the same time, he never lost sight of "the day after" when it came to questions of war and peace. Applied to today, Kohl would "always also think about the currently unthinkable, almost unimaginable - namely how something like relations with and with Russia can be developed again," says Merkel. And both, of course, never in a German solo effort.

Merkel picks up on an earlier interview question about what kind of person Russian President Vladimir Putin is. "You should take your words seriously," she said. In view of the latest developments, she wanted to add: "Taking words seriously, not dismissing them from the outset as just a bluff, but dealing with them seriously, that is by no means a sign of weakness or appeasement, but a sign of political wisdom - a wisdom that helps to maintain room for maneuver or, at least as important, even to develop new ones."

Away from the event in Berlin, a dispute about the foundation continues. Kohl's widow, Maike Kohl-Richter, once again protested in principle in a new letter to the chairman of the board of trustees Volker Kauder from the CDU against the state foundation, which violated Kohl's "postmortem rights". In her speech, Merkel describes it as "really good" that the foundation has been set up and can start work. She wishes "a lot of success and many exciting events".

1 $1.1 billion fine: Banks are severely fined for using... 2 Fatal accident in the Himalayas: mountaineering icon... 3 Best child wish-fulfiller: "Heroic" John... 4 The police wanted the cause: the explosion in Halle... 5 Estimates are far too high: Less than a billion saw... 6 Marriage after the Lewinsky affair: Hillary Clinton's... 7 Off for jungle camp icon: Dr. Bob gives Brits a basket 8 Rental subsidy is to increase: More people should... 9 Labor law issues: These rules apply to overtime 10 Pellet heating increasingly popular: "Nothing... 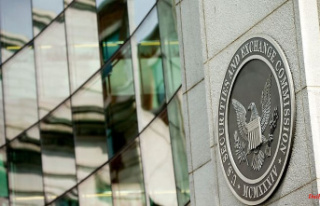