"Are prepared for autumn": According to Lauterbach, the new infection protection law is in place

The Infection Protection Act expires on September 23, and this time the successor should not be knitted with a hot needle. 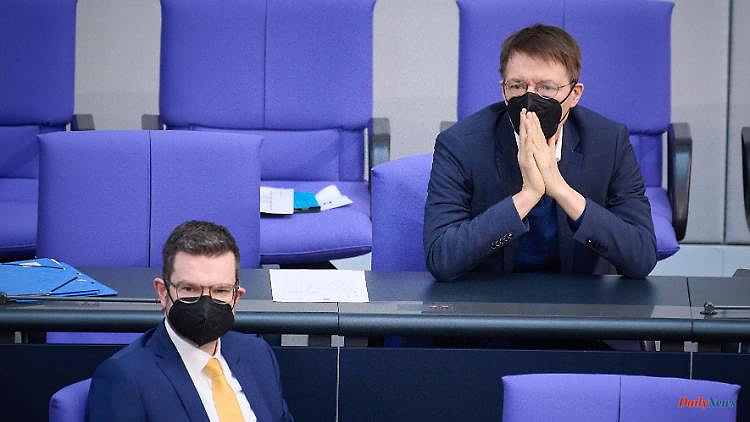 The Infection Protection Act expires on September 23, and this time the successor should not be knitted with a hot needle. Federal Minister of Health Lauterbach and Minister of Justice Buschmann apparently agree on which corona measures should be possible in autumn.

According to Federal Minister of Health Karl Lauterbach, the traffic light coalition has finished negotiating the new infection protection law, which is intended to curb another corona wave in autumn. "I believe that the package is very good. We are prepared for the fall," the SPD politician told the newspapers of the Funke media group about the draft law negotiated with Justice Minister Marco Buschmann. "At the same time, it protects us from being overburdened by too many Covid patients and from a critical situation caused by staff shortages."

Lauterbach did not give any specific information about the components of the package, the presentation is expected shortly. This is about follow-up regulations of the Corona provisions in the Infection Protection Act, which expire on September 23. They are the legal basis for measures taken by the federal states and list possible instruments. In the spring, the possibilities had been greatly reduced under pressure from the FDP. General mask requirements when shopping or for events and access rules such as 2G and 3G were eliminated.

Lauterbach nevertheless warned of a "very difficult" autumn. Even those who were vaccinated four times with the previous vaccines would only have an infection protection of less than 40 percent compared to the omicron variant BA.5. The SPD politician told the newspapers that he feared that the critical infrastructure and hospitals could be overloaded.

In order to assess the pandemic, comprehensive wastewater analyzes for the virus should also be carried out in the future: "We rely on a combination of incidence, admissions to the clinics and wastewater tests." Lauterbach had previously announced on ARD that the corona protection rules for the fall should do without closing schools. Overall, however, "many further measures" are planned for different scenarios, which the federal states and sometimes also the federal government could use.

However, Federal Education Minister Bettina Stark-Watzinger rejects a mask requirement for the coming school year. “There should no longer be a general obligation to wear masks in schools,” said the FDP politician to the editorial network Germany. "The mask requirement makes learning, language acquisition and togetherness more difficult."

Health Minister Lauterbach also wants to facilitate access to the corona drug Paxlovid in the fight against Corona: "We want risk patients and people over 60 years of age to be supplied with Paxlovid more quickly," he told the Funke newspapers. "For the elderly, Paxlovid is life-saving when used quickly." From next week, the tax will therefore be reorganized. The antiviral drug has been approved in the EU since January.

1 Did Alpine gamble badly?: The most disgraced Formula... 2 By the end of the 2020s: Matthias Maurer wants to... 3 Hesse: Innovative road surfaces should protect against... 4 Hesse: scooter driver seriously injured after a collision... 5 Hesse: Two injured after a traffic accident in the... 6 Hessen: E-bike driver dies after a collision with... 7 Hesse: truck overturned on federal highway: complete... 8 Bavaria: Bavaria is groaning under days of heat: Friday... 9 Bavaria: Trekking instead of wild camping: Camping... 10 Bayern: Hahn defends record purchase Pepi: "It... 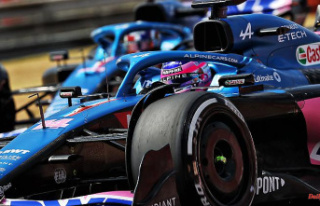 Did Alpine gamble badly?: The most disgraced Formula...