Rebels and the government army are fighting heavy battles in the east of the Democratic Republic of the Congo. 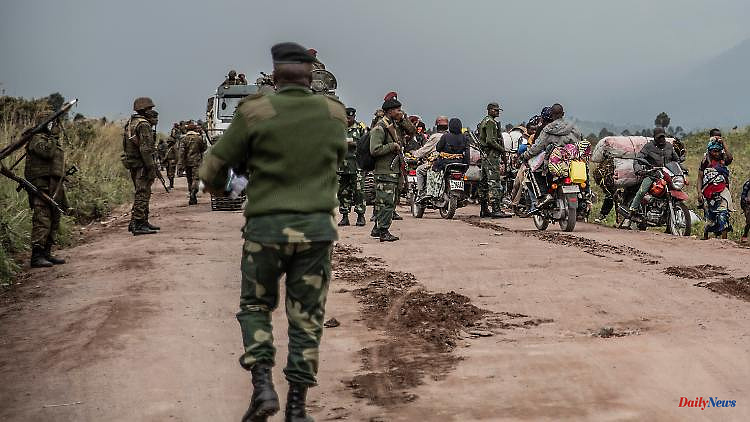 Rebels and the government army are fighting heavy battles in the east of the Democratic Republic of the Congo. The M-23 militia is said to have literally overran a place. Thousands then flee to neighboring Uganda, where the situation of the many refugees is becoming increasingly dramatic.

Around 5,000 people have fled to Uganda from the Democratic Republic of Congo (DRC) after fighting between Congolese government troops and members of the M-23 rebel militia in North Kivu province. According to a Ugandan government spokesman, around 100 soldiers and 37 police officers were among the fugitives. "They are not injured because they fled without fighting (to Uganda) and surrendered there," a police spokesman said.

The rebels literally overran the Congolese border town of Bunagana and took control there, said the head of the neighboring Ugandan district, Shafiq Sekandi, the German Press Agency. "There are no police, no customs, no immigration authorities, trucks are stranded," he said, describing the situation in the town on the other side of the border.

"The army just gave up and went over to Uganda," said Damien Sebusanane, head of a local organization in Bunagana. Bunagana is a major border crossing point for goods and travel between Uganda and the DRC, approximately 490 kilometers from the Ugandan capital of Kampala.

According to Sekandis, more than 30,000 people from the neighboring country are already stranded on the Ugandan side of the border, sleeping in schools, churches and hospitals, but also in the open air. A spokeswoman for the Red Cross in Uganda spoke on Monday of a tense situation in Bunagana. The humanitarian situation is worrying, warned Hervé Nsabimana from the human rights organization Codhas.

The east of the DRC has been rocked by fighting between the army and various militias for years. The government in Kinshasa accuses neighboring Rwanda of supporting the M-23 militia. Rwanda has denied this. On Monday, General Sylvain Ekenge, spokesman for the military governor of North Kivu, accused Rwanda of "stifling" the provincial capital Goma with the M-23's occupation of Bunagana. Goma is very close to the border with Rwanda. According to the UN refugee agency UNHCR, the fighting has forced at least 72,000 people to flee, some of whom have since returned to their villages.

1 "Lost contact with reality": Ex-advisers... 2 Paris and Prince at Tony Awards: Michael Jackson's... 3 Frogs. Isere: A biker who is killed in a collision... 4 Plants. Fall of heavy cyclists on ViaRhona 5 Legislative 2022. Live: Gabriel Attal says that "Rebellious... 6 Drome. Montelimar fire: The TER line is cut, a house... 7 New data from the Gaia probe: Milky Way map shows... 8 Ardeche. Pradons: A house that has been completely... 9 Rhetoric alone is not enough: Selenskyj demands a... 10 New law on Northern Ireland: London wants to soften... 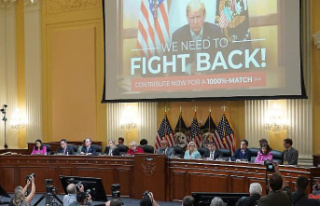