As an emergency measure in the fall: Montgomery calls for lockdown options

Another corona wave is feared for the coming autumn. 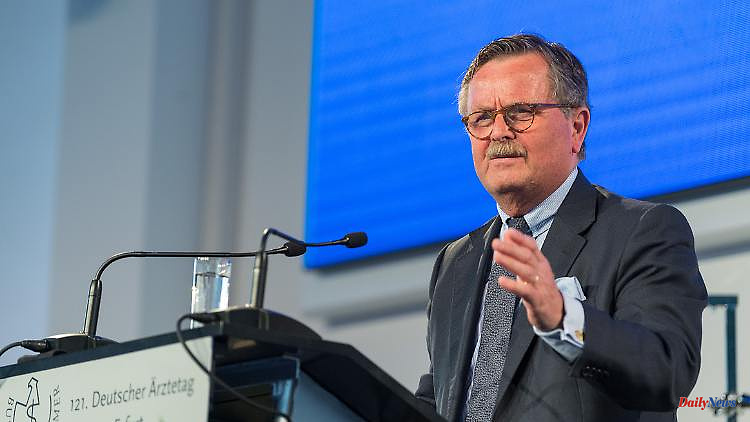 Another corona wave is feared for the coming autumn. The chairman of the Montgomery World Medical Association warns that the possibility of imposing lockdowns should not be missing from the Infection Protection Act. Such measures are a "great concern" for the cultural and trade fair industry.

According to the chairman of the World Medical Association, Frank Ulrich Montgomery, the Infection Protection Act should again enable far-reaching measures to protect against corona. "Anyone who categorically rules out measures such as contact restrictions or lockdowns from the outset has neither understood the meaning of the law nor understood the seriousness of the situation," Montgomery told the newspapers of the Funke media group. "An infection protection law should open up opportunities and save lives." That's why it must contain the "toolbox" that politicians can use when the situation calls for it. "Whether you use the instruments later depends on the respective assessment of the situation. But it should be undisputed that you need them."

The epidemiologist Hajo Zeeb from the Leibnitz Institute for Prevention Research and Epidemiology told the editorial network Germany: "We only have to talk about a lockdown if new dangerous variants appear." Otherwise, "such radical measures" are not necessary for autumn and winter.

In the spring, mainly at the urging of the FDP, corona provisions in the Infection Protection Act were significantly reduced. They form the legal basis for measures in the countries and define possible instruments that politicians can use in the pandemic. The traffic light coalition is currently discussing a successor regulation in the Infection Protection Act because the current provisions expire on September 23rd.

Club and discotheque operators are following the current debate "with great concern," said the general manager of the German Hotel and Restaurant Association (DEHOGA), Ingrid Hartges, to the Funke newspapers. She warned that measures such as a mask requirement or a rapid test requirement for the vaccinated and unvaccinated (1G) at major events should only be introduced if they are necessary to contain the pandemic. "The decisive factors must be how dangerous a virus variant is and how high the hospitalization rate is," said Hartges.

Jörn Holtmeier, Managing Director of the Association of the German Trade Fair Industry AUMA, told the Funke newspapers: "The federal and state governments already determined in May 2020 that trade fairs are not major events. The trade fair industry in Germany expects the federal and state governments in the third year of Corona abide by this agreement." In the coming autumn/winter alone there will be many "important international world trade fairs" in Germany. "Political communication in its undifferentiated form about possible restrictions is increasingly endangering Germany as the world's number one trade fair location," he warned.

Meanwhile, the Munich corona expert Clemens Wendtner called for the possibility of prescribing the Covid 19 drug Paxlovid for risk groups as a precautionary measure in view of the currently relatively high number of infections. Paxlovid has proven itself in practice, but it is crucial to take it early, said the chief physician of infectiology at the Munich Clinic Schwabing of the "Augsburger Allgemeine". "I therefore believe that people who belong to a vulnerable group should have the drug in their closet at home." 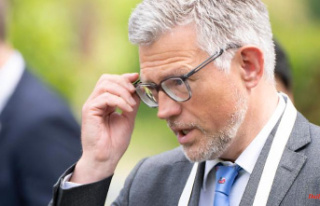