As they fight for voting rights protections, activists remember the historic march

Napoleon Mays, 72 years old, stated during his speech, "We are fighting the same fight today." 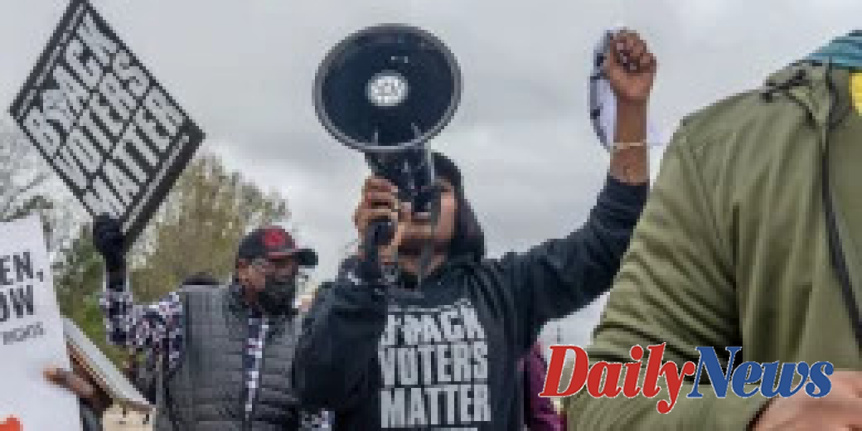 MONTGOMERY (Ala.) -- Mary Mays Jackson was 13 years old and Napoleon Mays was 15 when they joined the historic march for voting rights from Selma, Montgomery, in 1965. It arrived in their county of Lowndes.

They did it against the wishes and consent of their mother, who was then pregnant.

Jackson, now 70 years old, stated in an interview that he was willing to die, even at such a young age, for the right to vote.

Jackson and Mays stated that the stakes are not less now. Last week, the siblings spoke at a Lowndesboro event hosted by Black Voters Matter in order to raise awareness about the ongoing struggle for voting rights across Alabama and the country. They encouraged elected officials at all levels of government to pass voting rights protections, and urged people to vote.

Mays, 72, stated that "we are fighting the same fight today." "We have a lot of history here in Lowndes County. We have a lot to do. Friday marked the end of the week-long celebration of the 57th anniversary Selma-to Montgomeryy's march. There was a "Fight for the Vote” rally at the Montgomery state Capitol. Alabama's lone African American member of its seven-member House delegation. Despite the fact that Black people account for nearly 27 percent in the state's total population, Terri Sewell is also the only Democrat.

Alabama state troopers brutally beat John Lewis (then 25) and other nonviolent activists for voting rights on March 7, 1965. As protesters attempted to cross the Edmund Pettus Bridge, Selma to Montgomery, troopers used tear gas. Lewis, the future congressman of Georgia and civil right leader, was killed in 2020. The violent images of the confrontation were used to galvanize support for passage of the Voting rights Act of 1965. The Rev. Martin Luther King Jr. completed his march from Selma towards Montgomery.

Both national and local voting rights advocates, from Black Voters Matter to NAACP Legal Defense and Educational Fund, reflected on a political landscape that included a weaker national Voting Rights Act and Republican-led efforts at restrictive voting laws. There was also a stalled effort by Congress to strengthen voter protections.

Cliff Albright, 51-year-old cofounder of Black Voters Matter said that he hopes that the events last week will send a message to President Joe Biden, Congress and the general public that voting rights are still a major issue.

He pointed out a Republican-backed bill that Florida legislators passed last week and would create a law enforcement agency dedicated to investigating electoral crimes. Albright and other advocates for voting rights said that the bill was intended to intimidate Black voters.

Albright stated that Black Voters Matter and its partners are looking at drafting a voting rights agreement. This contract would include a list of bills that candidates would support, such as the John R. Lewis Voting Rights Act. It was part of an election package that fell in the Senate this year.

This act will require any state with a history of discrimination in voting rights, especially in the South , to obtain federal preclearance before they change their election laws. It also restores the preclearance requirement that was eliminated by the U.S. Supreme Court. This legislation would make Election Day a national holiday, and allow for early voting across the country.

Albright stated that a voting rights contract would allow people to easily measure the accountability of elected officials.

Last Friday's rally outside of the state Capitol featured speakers Albright and the Rev. Jesse Jackson; Rev. William Barber II, cochair of the Poor People's Campaign. A National Call for Moral Revival. Janai Nelson is president and director-counsel at the NAACP Legal Defense and Educational Fund. All agreed that certain states tried to make voting more difficult for Blacks and the poor, by limiting early voting and reducing mail-in voting access. Many seniors in the front row were part of the original march.

He said, "We're not here to remember but to carry on a legacy of courageful leadership for those who stood up through nonviolence." We are now looking for a strategy that can be used to combat voter suppression through direct action through civil disobedience and marching to help move the conscience of our nation.

The speakers urged voters of all ages to continue to be active in the movement for voting rights and to peacefully demonstrate.

Albright stated, "Movement got me where I needed to be in '65." "Movement got us this far with the current legislation. It's going be movement that brings us to the finish line. 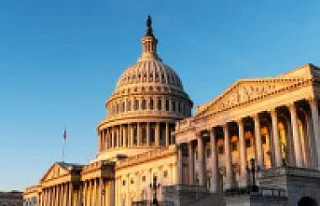