Fierce fighting is raging in the Donbass. 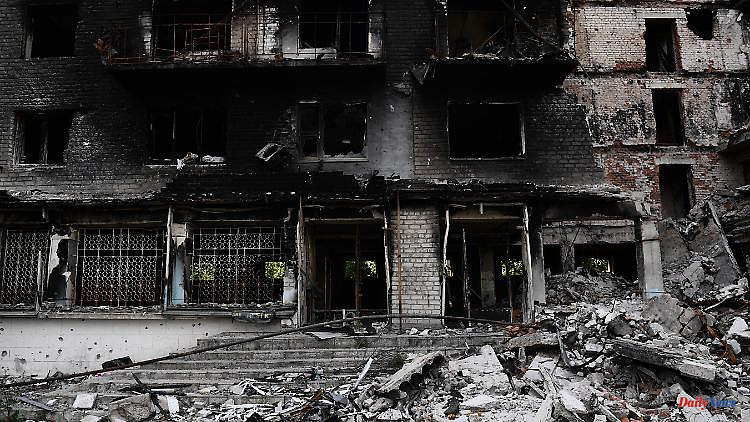 Fierce fighting is raging in the Donbass. "They shoot at everything in their way," says the Luhansk governor about the Russian troops. "Everything will be destroyed," says Hajdaj. "They prey on residents who stand up for Ukraine. They do business with collaborators."

In their major offensive on the eastern Ukrainian region of Donetsk, Russian troops engaged in heavy fighting with Ukrainian soldiers. On the edge of the neighboring region of Luhansk, which Russia has already taken, bitter fighting is going on, said Ukrainian governor Serhiy Hajdaj on television. "We are stopping the enemy on the border between the Luhansk and Donetsk regions," he wrote on Telegram. The Russian army is sending regular and reserve forces into the area and is apparently attempting to cross the Seversky Donets River. "They're taking pretty heavy casualties."

On Sunday, Russia announced the complete capture of Luhansk, which together with Donetsk forms the Donbass, an important industrial area in eastern Ukraine and a declared target of the Russian invasion. According to Hajdaj, the Russian military moved some battalions to the combat zone at Siverskyi Donets to replace the injured soldiers. "They don't take all the injured with them. The hospitals are overcrowded, as are the morgues."

The occupiers suffered significant casualties, which they themselves admit, Hajday said, citing testimonies from Russian prisoners of war and Ukrainian residents who spoke to Russian soldiers in the fallen cities of Sievarodonetsk and Lysychansk. The governor's statements could not be independently confirmed. "There is still heavy shelling in both Luhansk and Donetsk," Hajdaj said on Ukrainian television. "They shoot at everything in their way."

On Tuesday, for example, Russian troops shelled a market and a residential area in the city of Sloviansk, which is in the Donetsk region near the Luhansk border. At least two people were killed and seven injured, local authorities said. The nearby city of Kramatorsk is also a target of Russian attacks, according to Donetsk Governor Pavlo Kyrylenko.

Hajday also reported on looting by Russian soldiers in Seyerodonetsk and Lysichanks, the largely destroyed twin cities in the Luhansk region. "They hunt down residents who stand up for Ukraine. They do business with collaborators. They scout out apartments where soldiers lived, break in and take clothes. ... Everything is destroyed. Whole collections of books in Ukrainian. It's a déjà vu - like in 1939 by Nazi Germany." The reports cannot be independently confirmed.

Moscow describes the invasion, which began on February 24, as a special military operation aimed at demilitarizing the neighboring country and protecting the Russian-speaking population from nationalists. The "people's republics" of Luhansk and Donetsk, proclaimed by pro-Russian separatists and not internationally recognized, are to be withdrawn from Ukraine's control and "liberated".

1 Quantity, transport, terminals: Ministry: LNG supplies... 2 The European Parliament approves the EU's 'green'... 3 Latvia is restoring compulsory military service in... 4 The milestone of 1,000 Billion Euros has been surpassed... 5 North Rhine-Westphalia: Too many demonstrators: demo... 6 Bavaria: Attacked by a bee? Truck driver drives around... 7 Bavaria: Larger use of the police in the Chiemgau 8 Saxony-Anhalt: Day-long deployment of the fire brigade... 9 Saxony-Anhalt: Groundbreaking for a new bridge over... 10 Thuringia: Erfurt is the e-car capital: Suhl bottom... 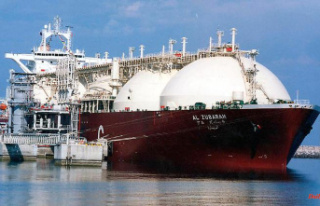