Iranians have been taking to the streets for weeks, fighting for more freedom and against the regime. 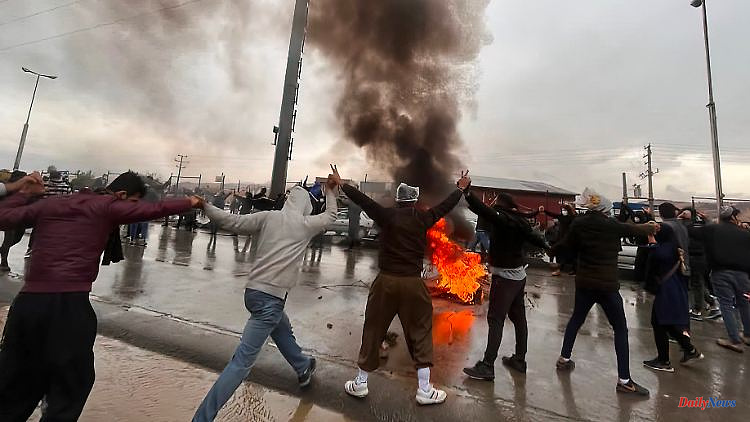 Iranians have been taking to the streets for weeks, fighting for more freedom and against the regime. So far, the army has not revealed whether and how many people died. Now a general of the Revolutionary Guards comments for the first time. He speaks of the deaths of at least 300 soldiers and demonstrators.

For the first time, an Iranian general has spoken of many fatalities in connection with the ongoing system-critical protests in the country. General Amir-Ali Hajjizadeh, commander of the Iranian Revolutionary Guards Corps (IRGC) Aerospace Division, spoke in a speech of at least 300 dead, according to a video posted by Tabnak online portal. He also mentioned martyrs - meaning killed security forces and police officers. The Revolutionary Guards are the elite unit of the armed forces in Iran and are more important than the traditional military.

Referring to the killed young Kurd Masha Amini, Hajizadeh said: "Everyone in the country is affected by the death of this woman." Then he said verbatim: "I don't know the current statistics, but I think that since this incident (...) more than 300 martyrs and people have been killed in this country, including children."

So far, human rights activists in particular have documented the number of fatalities. The US-based organization Human Rights Activists News Agency (HRANA), for example, estimated at least 450 demonstrators dead as a result of the suppression of the protests, including 64 children. In addition, 60 security forces are said to have died.

Commander Hajizadeh once again blamed Iran's enemies for the protests. In addition to the USA, he also named Germany and France. In the past few weeks, the military and politicians have already shifted the blame to other countries. Observers see this as an attempt to distract from the real causes of the protests.

The mass protests against the Islamic Republic system were triggered by the death of the Iranian Kurd Jina Mahsa Amini in mid-September. She died in police custody after being arrested for breaking Islamic dress codes.

1 Response to protests: China wants to vaccinate older... 2 In 2023, the focus will be on inflation: collective... 3 The diary of the World Cup in Qatar: from billion... 4 At the end of the year: Ferrari confirms separation... 5 "It's crazy": Pediatricians: "Cold... 6 Strike against cocaine trade: Europol blows up "super... 7 Three-thousanders in view: South Tyrol's "Little... 8 The weather week in a quick check: Winter comes in... 9 Comeback in "Emancipation": Will Smith understands... 10 Pop star with a new passport: Dua Lipa is now Albanian 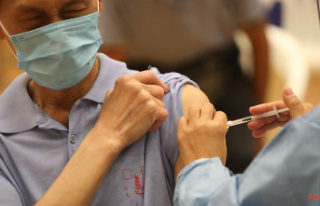