The defenders of the Azov steelworks in Mariupol sent a few signs of life from the Russian detention. 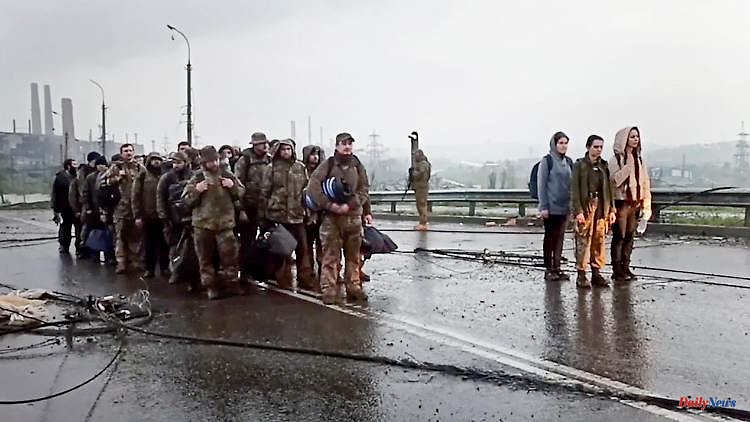 The defenders of the Azov steelworks in Mariupol sent a few signs of life from the Russian detention. These are intended to show that the soldiers are not being tortured and are "satisfied with everything". However, reports from Ukrainians who were able to return home from captivity paint a very different picture.

The Ukrainian fighters of the Azov regiment, who surrendered after the siege of the Mariupol steelworks for several weeks and have since been in Russian captivity, are being held in "satisfactory" conditions, according to the wife of the unit's commander. As the "Guardian" reports, Azov commander Denys Prokopenko was able to call his wife Kateryna.

"He said he was fine and asked how I was," the woman told the newspaper. "I heard from other sources that conditions are more or less satisfactory," continued Kateryna Prokopenko. She was also told that no violence had been done to the detainees.

The news site "Zenger" had previously published footage from a prison in the occupied territory near Donetsk, where some Azov fighters are being held. Some of the prisoners then speak of "good conditions" and that they are "satisfied with everything" and "have no complaints". One even says in the video that his "expectations were exceeded". Whether commander Prokopenko and the other soldiers voluntarily describe the conditions in the prison camp in this way is questionable. Reports from people who were able to return to Ukraine from Russian captivity suggest the opposite.

Volodymyr Khropun, a Red Cross volunteer, was captured near Kyiv in mid-March and was released on April 9 as part of a prisoner exchange. A few weeks later, he told his story in an interview with the British broadcaster BBC. Accordingly, on March 18, Khropun wanted to use a school bus to evacuate civilians from an occupied village near the Ukrainian capital who were stuck there because of the fighting. But the man was arrested at a Russian checkpoint.

For the first few days, he and other prisoners were held in the basement of a factory in a neighboring village. There were about 40 prisoners in the 28 square meter room, they were beaten with guns and kicked.

The Russians blindfolded Khropun and tied his hands with duct tape. They had repeatedly used tasers on detainees and demanded information about the military. "One soldier was very young, almost a child. He would electrocute people in the neck, face and knees. He seemed to enjoy it," Khropun recalls.

After a week, the prisoners were taken to Russia via Belarus. "The torture continued. They humiliated us, made us kneel and forced us into uncomfortable positions. If we looked them in the eye, we were beaten. If we were too slow, we were beaten. They treated us like animals," he said the man.

Roman Hrybow's report sounds similar. The marine was a defender of Snake Island in the Black Sea, for a long time he was considered the originator of the famous saying "Russian warship, fuck you!". When the soldier was exchanged and released, Ukrainian television reported that he and his comrades were treated "worse than dogs" in captivity. The men were said to have been physically and morally abused.

But the worst thing was the psychological pressure, says Hrybow. "They told us that Kyiv and other cities had already been taken, that there was no point in returning and that if we came back, we would be received very badly there," Hrybow reported after his release at the end of March.

On the day of the exchange, he and other prisoners were not told where they were being taken. Their hands were tied behind their backs and nooses were placed around their necks, making it difficult for many to breathe on the way. According to Hrybow, the soldiers were sure that they would be shot.

The priest Sergey Chudinovich was kidnapped on March 30 from a church in the Russian-held southern Ukrainian city of Kherson. After he managed to escape a few days later, he spoke about his experiences in a Facebook video. During the interrogation, a "polite conversation" was initially held with him, says the priest. But then his nose and eyes were tied and he had to testify that he was a member of the territorial defense. After two hours of "interrogation" the torture began. He was choked and beaten with a baton. He wasn't allowed to drink, "and then they gave me vodka instead of water," says the priest.

"They said they would rape me with a baton," the video continues. "They beat me, then they started unbuttoning my pants, took off my clothes, put me on my knees and said they were going to stuff a baton inside," Chudinovich said. "I said goodbye to life. They tried to rape me." Fearing for his life, the man finally signed a document that he says he hasn't even read. A few days later, the priest was finally able to escape. 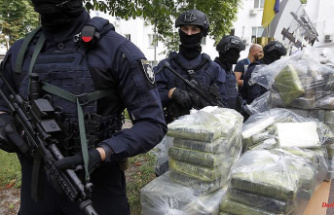 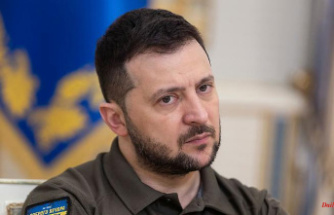 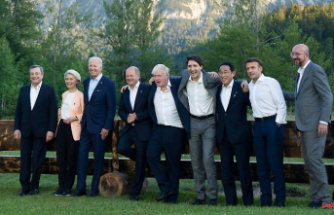 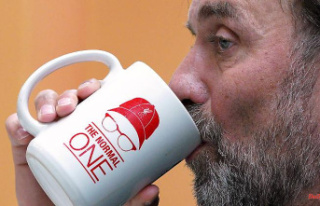 Before the CL final against Real: "Revenge! Revenge!"...