The Finnish Aland Islands have had a special status of military neutrality since 1856. 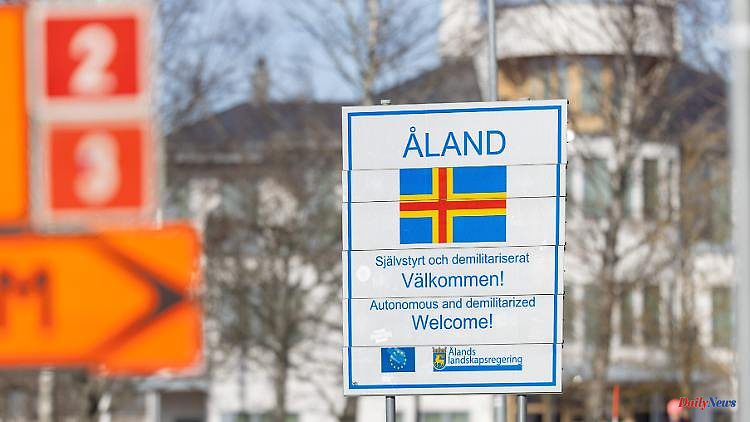 The Finnish Aland Islands have had a special status of military neutrality since 1856. Military experts warn that the strategically important archipelago is not necessarily protected from a Russian attack. Without any troops, the archipelago is "the Achilles' heel of Finnish defence".

In the course of the Ukraine war and the attempts by Finland and Sweden to join NATO, an archipelago in the Baltic Sea is currently coming to the fore: the Aland Islands. According to international agreements, the Finnish archipelago has had a special status of military neutrality since the middle of the 19th century, troops may not be stationed there. In the face of the threat from Russia, military experts warn that it could severely affect Finland's national defense.

"This is the Achilles' heel of Finnish defence," said Alpo Rusi, a professor and former Finnish presidential adviser. "There is concern that in the event of a sudden attack on Aland, Finland might not be able to respond quickly enough militarily." However, the majority of the approximately 30,000 islanders are still against any military presence.

The largely Swedish-speaking Aland Islands now belong to Finland, but enjoy extensive political autonomy. Sweden ceded it after a war with the Russian Empire in the early 19th century, along with the rest of what is now Finland. Helsinki then gained its independence from Moscow in 1917, a good 100 years later. The Aland Islands remained Finnish, but by this time they already occupied a special position.

The archipelago's military neutrality dates back to a peace treaty of 1856. At that time, Great Britain and France had occupied the islands in the Crimean War with Russia and enforced the demilitarization of the strategically important Baltic Sea area in the Treaty of Paris. Since the Second World War, this status has also been monitored by a first Soviet, then Russian consulate in Mariehamn, the capital of the archipelago.

A group of residents gather daily these days in front of the high metal fence surrounding the consulate to demonstrate against Russia's war in Ukraine. "You have no business being here. Russia is always a threat," says 71-year-old demonstrator Mosse Wallen.

Experts also warn that neutrality may not protect the Aland Islands from a Russian attack. "Why should we trust the idea that the troops would not take control of Aland as soon as possible?" says Charly Salonius-Pasternak, a researcher at the Finnish Institute for International Affairs. A June poll showed that 58 percent of Finns supported a military presence on Aland.

The Alanders, on the other hand, want to retain their special status and have so far firmly rejected the idea of ​​ending demilitarization. "Why should we change that? I think it is a stabilizing factor in the Baltic Sea region that we are demilitarized," said Prime Minister Veronica Thornroos.

"We always thought: 'Who wants to attack us if we don't have anything worth conquering?'" says 81-year-old Aländer Ulf Grussner. Although doubts had arisen about this with the Ukraine war, he was still in favor of maintaining the military neutrality of the islands.

The Finnish government says it has no intention of touching on Aland's special status. Sia Spiliopoulou Akermark, director of the Aland Peace Institute, argues that this would be difficult anyway. The Aland status must be viewed holistically as a "complex knot" of autonomy, cultural guarantees and demilitarization. 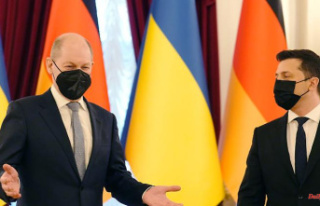